Until the last archive, we introduced various motifs such as animals, plants. In this chapter, we will mention other designs. Please enjoy discovering your curiosity. 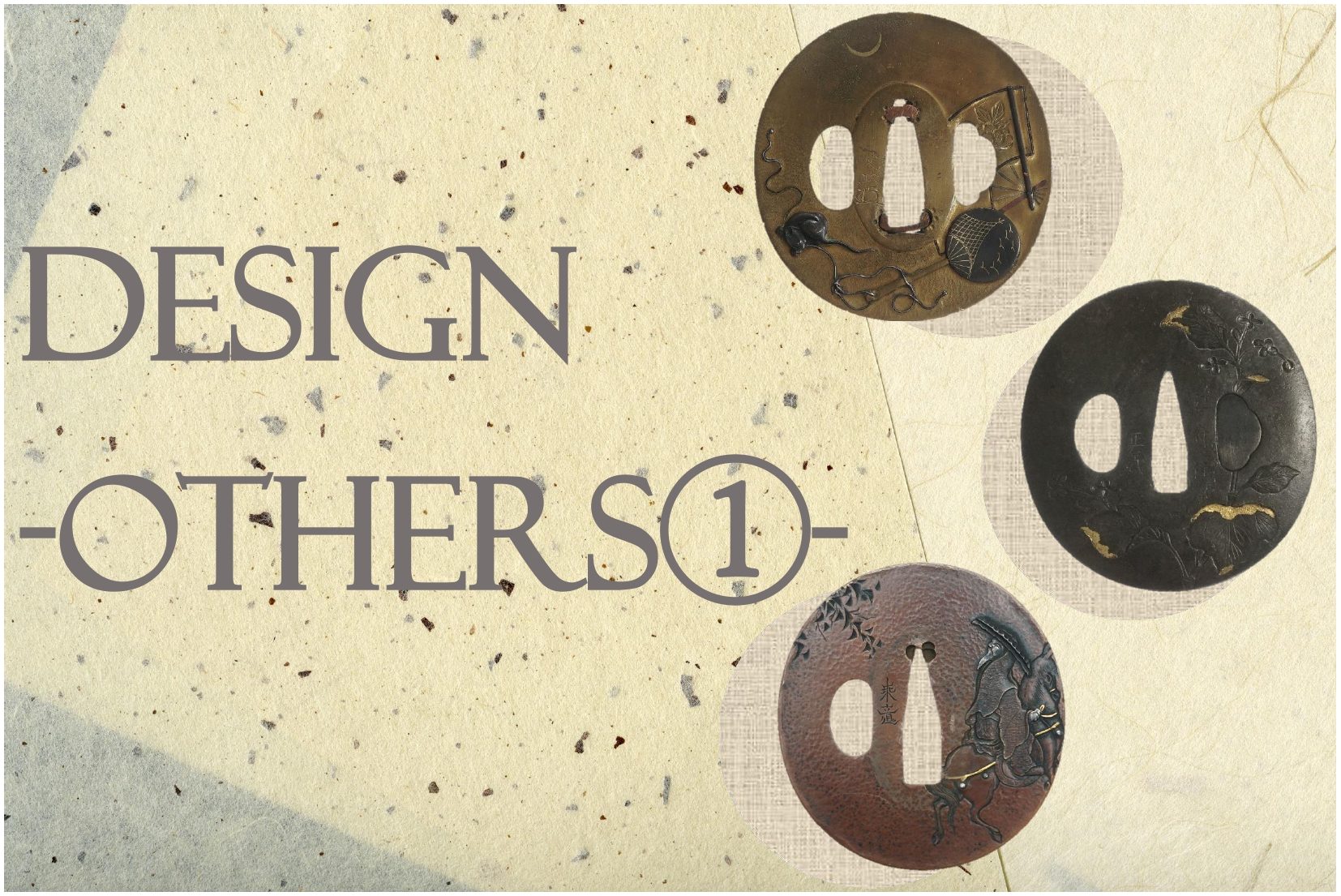 The Sansui Zu is a landscape painting that depicts mountains and watersides. The Sansui theme has existed since the Asuka period (592-710) and has been produced; the Chinese landscape painting styles inspired it. However, this theme became particularly popular after it was brought to Japan from the Continent by Sougen (宋元) in the Kamakura period. The natural scenery is elaborately expressed in the Sansui Zu: mountain ranges, towering rocky mountains, flowing down waterfalls, and the gentle curves of the river, for example. Human characters are sometimes described together. Some themes treat a scene from the story, legend, or folklore.

As waves’ movements continue endlessly, the wave pattern represents eternity, immortality, longevity, birth, etcetera. Also, since tides repeatedly change the shape and terrain of rocks, some people hoped for a strong will by using this motif. People used this pattern wishing for an indomitable spirit to rechallenge time and time without giving up. Thanks to its dynamic design, this motif has been appreciated, especially for men’s Kimono (traditional Japanese costume).

There is a geometric design of wave pattern; the Seigaiha Monyou (青海波文様). According to a theory, this design symbolizes the benefits of the vast sea. This infinite wave pattern is an auspicious pattern. People used it, wishing eternal happiness and peaceful lives for the future.

As Japan is an island, the ship was one of the essential transportations, especially before airplanes and cars were invented. From the Momoyama period to the Edo period, many trade ships came to Japan from the Netherlands and Portugal. These ships were called Nanban-Sen (南蛮船) and were used as motifs. Ships that came from abroad brought lots of unknowns to the Japanese. A theory says that is why the foreign ship motif was prized. There are various types of ships designs; a boat is depicted alone or with wave patterns. Also, as you can see, the fourth Tsuba, the Takarabune (宝船, the treasure-loaded ship), is a classical design. It is a popular motif because of Shichifukujin’s (七福神, the Seven Gods of Good Fortune) belief. These gods bestow good luck on people.

It is a wheel-shaped pattern that several ladles are attached to the ring. The waterwheel was developed as a familiar tool for daily life and was often used for Kosode (小袖, a kind of traditional Japanese costume) in the Edo period. The Tsuchi (槌, hammer), which is similar to the Hishaku (柄杓, ladle), began to be drawn in the early Edo period. The waterwheel on which the hammers are drawn is called the Tsuchi Guruma (槌車). Since the hammer is a tool for hitting stakes, and “hit” is said Utsu (打つ) in Japanese, it is likened to the figure of Samurai hits the enemy. Hitting enemy is expressed Teki-Wo Utsu (敵を討つ) in Japanese.

The shape of snowflakes is the motif of this pattern. It is considered snow is the sign of a plentiful harvest. Especially if snow in the New Year, people thought that year would have a bumper crop. According to a theory, the snow crystal pattern itself was born in the Muromachi period (1336-1573), and people started incorporating it as a motif of family crests since the Edo period. Date Masamune (伊達 正宗, 1567-1636), who is well-known Samurai and is often called as Dokuganryu (独眼竜, one-eyed dragon). He used several family crests, and one of them has a snow ring motif.

Clouds bring rain and snow, and their movements significantly affect the weather of the day. Due to its supernatural power, a theory says that gods, spirits, and dragons dwell in the clouds. As mentioned in the dragon design (please check Episode 2), a religion worships the dragon as a water god in Japan. It might be one of the reasons why the combination of dragon and clouds motifs is often seen even in sword mountings.

The cloud pattern has been associated with magical power, and people thought it an omen of lucky things. In addition, some people wished to obtain a leisurely life in comfort by seeing clouds’ movements (that floats in the sky). Or, as clouds appear repeatedly, its design represents reincarnation. Samurais were always on the verge of life and death on the battlefield. They might have believed in the power of this pattern. And they had incorporated it into the design of their sword mountings, such as Tsuba.

We are going to continue the new episode about other designs. We will see you in the next episode.