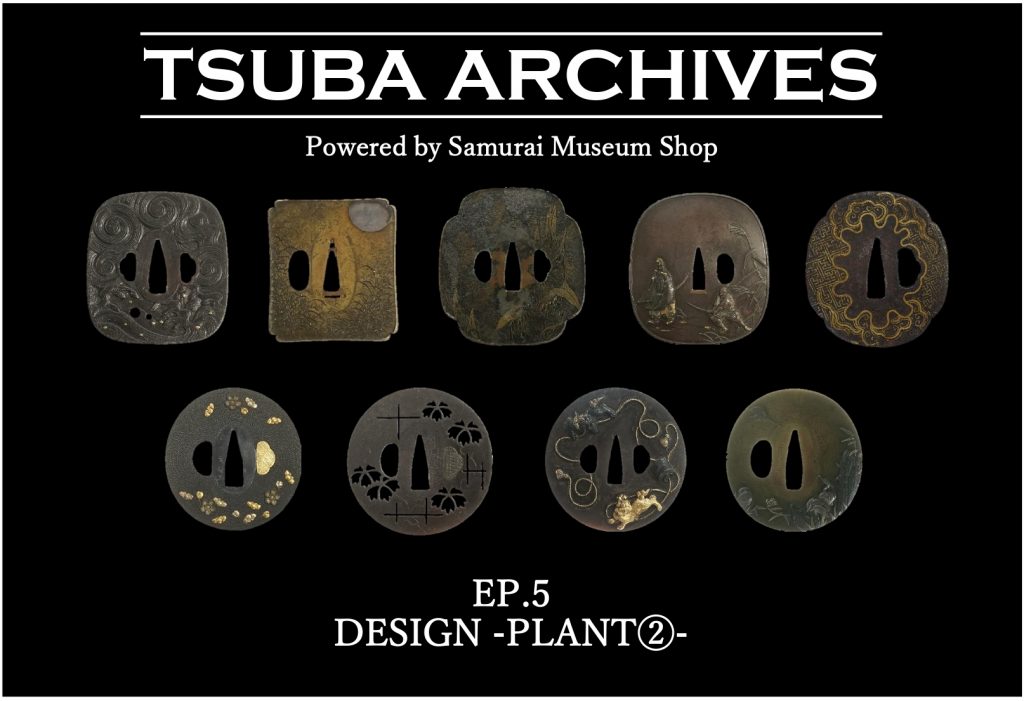 From the previous time, we treat plant designs. We hope you will also enjoy this chapter. 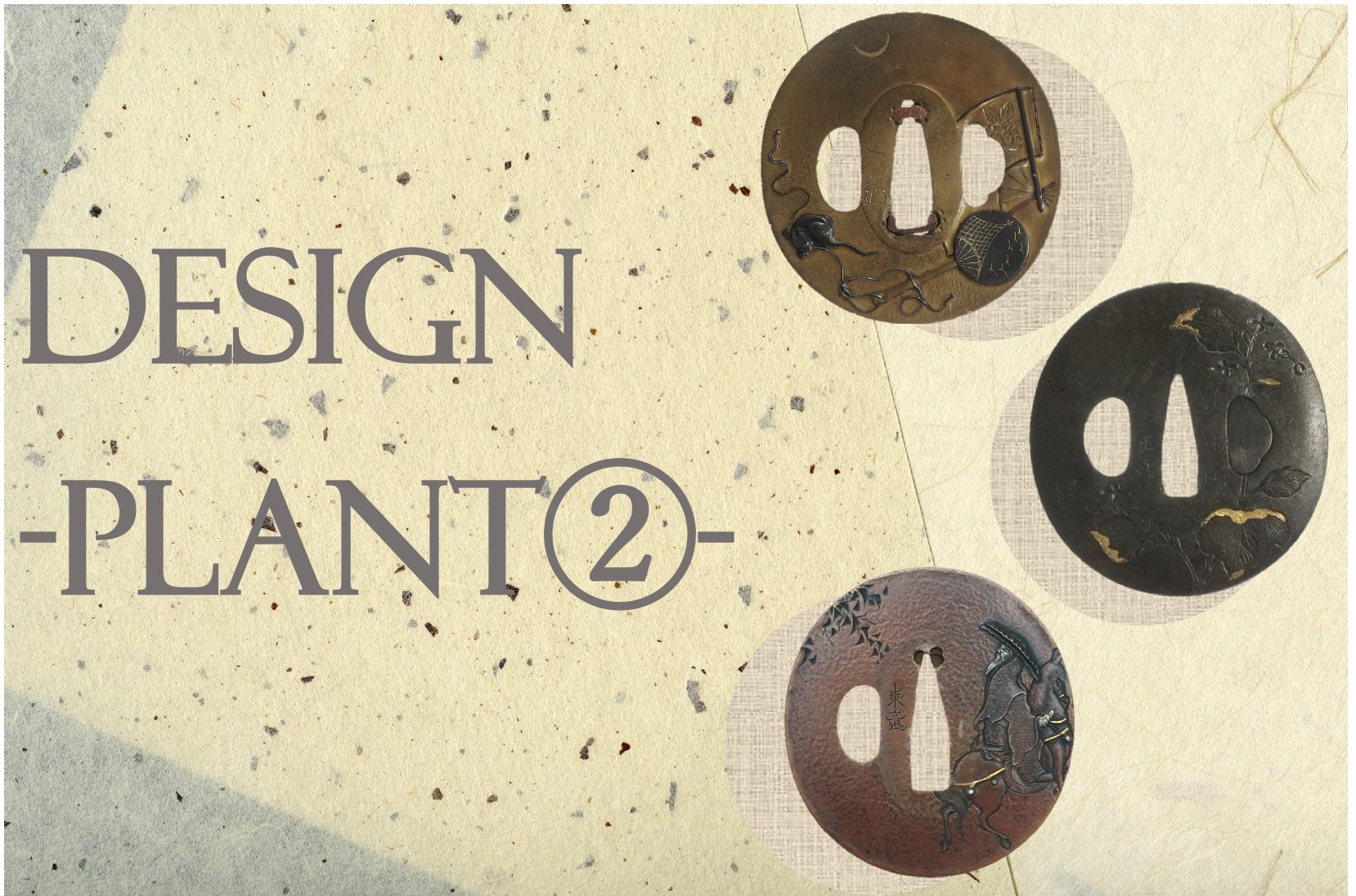 The Kiri (桐) pattern is generally composed of three standing straight inflorescences and three leaves. The number of flowers that are blooming at each inflorescence means the ranks of this design. It is also famous that one of the most popular Samurais in Japan: Toyotomi Hideyoshi used the Kiri pattern for his family crest. According to a theory, Hideyoshi used Omodaka (沢瀉, arrowhead) pattern as his family crest. However, Oda Nobunaga, a well-known military commander in the Warring States period, permitted Hideyoshi to use Kiri design. This plant pattern was once used by the imperial family and national leaders of the time. Today, this plant pattern is used as the crest of the Japanese Government.

Gosan-no-Kiri Monyou (五三の桐文様) is a popular design that the paulownia motif is used. This pattern was once used by the imperial family and people in authority at that time. Today, it is permitted to use by ordinary households and is appreciated as their family crests. According to a tradition, Houou (鳳凰, Fenghuang, a kind of sacred beast) rests its wings at the paulownia tree; therefore, it has come to be regarded as a holy plant.

It was thought the scent of iris leaves would exorcize disasters; therefore, it was helpful as a talisman to protect against evils. Additionally, as mentioned in the explanation of the dragonfly category (please check Episode 3), lots of Samurais favored the iris pattern to design for their war costumes. It was because the Japanese name of iris “菖蒲 (Shoubu)” has the same pronunciation with another word “尚武 (Shoubu)” that means Samurai spirit.

Wisteria has strong fertility and grows being entwined with other trees. Therefore, people regarded this flower as a symbol of longevity and prosperity for future generations. Also, its Japanese name Fuji (藤) is likened to another word Fushi, which is written as “不死,” which means immortality. That is why the Fujiwara (藤原) family, who reached the height of glory in the Heian period (794-1185), used this motif for their family name and family crest. A theory says that more than 100 types of wisteria’s family crest designs in the Edo period. We could assume how this motif was popular among people. Besides, wisterias bloom downward. Its appearance was likened to a scene in which the gods or Buddha is descending to the earth.

According to a theory, this plant motif represents longevity. Maple leaves change their colors from green to yellow, orange, or red. The fall foliage is one of the charms of autumn. Due to this behavior of the color, this design represents someone who knows how to get along in the world and be happy. The pattern that depicts maple leaves run into the water is called Ryusui Momiji Mon (流水紅葉文).

Bamboos grow neatly towards the sky, and it is vital so that this motif represents nobility and strength. Besides, the bamboo breaks straight, but its content is hollow; people thought it shows innocence. According to a Chinese legend, Houhou (鳳凰, Fenghuang) eats bamboo fruits; therefore, bamboo has been considered a sacred plant. Also, as it keeps its green color even in cold winter, people thought the bamboo pattern shows eternity and longevity. We would say that the bamboo pattern is one of the familiar designs for Japanese people since ancient times.

As pine trees keep their green color throughout the years by withstanding severe heat and cold, people thought this plant pattern represents eternal youth. Furthermore, its color is called Tokiwa-Iro (常盤色, evergreen trees’ dark green color with brown), and pine trees have another name “Tokiwa-Gi (常盤木).” Tokiwa means immutability, so Tokiwa-Iro is a color that praises green with a wish for longevity and prosperity. It is said this color was appreciated, especially in the Edo period, as a good-luck color. The pine tree design gives us an elegant and noble impression; it might be another reason that people love this motif.

Would you like to check current pine tree-designed Tsubas on sale? Please click the link below.
Pine tree | Samurai Museum Shop

A theory says the grape pattern represents fertility, good health, and longevity. People treat this motif as an auspicious design.

In Japanese, there is the word Budou (武道) which means martial arts. As Budou (葡萄, grape) has the same pronunciation of this word, it is considered that grape pattern shares some underlying ideas with Bushido (武士道, Japanese chivalry). That is why many Samurai appreciated the grape motif. Especially the combination of grape and squirrel patterns was widespread, as you see in the second Tsuba in this category. The squirrel is a familiar animal to people since ancient times. According to a theory, this motif was brought to Japan in the Muromachi period (1336-1573). The Budou Risu (葡萄栗鼠, combination of squirrel and grape) pattern became famous and started to be applied to porcelains or sculptures. Since squirrels resemble mice that is a fertile animal, people regarded squirrels as the symbol of the prosperity of descendants.

Myoga is known as Japanese ginger and was brought to Japan with Shoga (生姜, ginger). According to a theory, Shoga was used to be called “Senoka,” and Myoga was used to be called “Menoka” in ancient times. It is said that these pronunciations were changed with time. Myoga has the same pronunciation as another word, “Myoga (冥加),” which means divine protection; therefore, this motif has been treated as a good-luck design. It is seen at shrines and temples in various parts of Japan. Also, it is quite a popular motif for family crests.

We are going to update new episodes about other designs also. We will see you in the next episode.