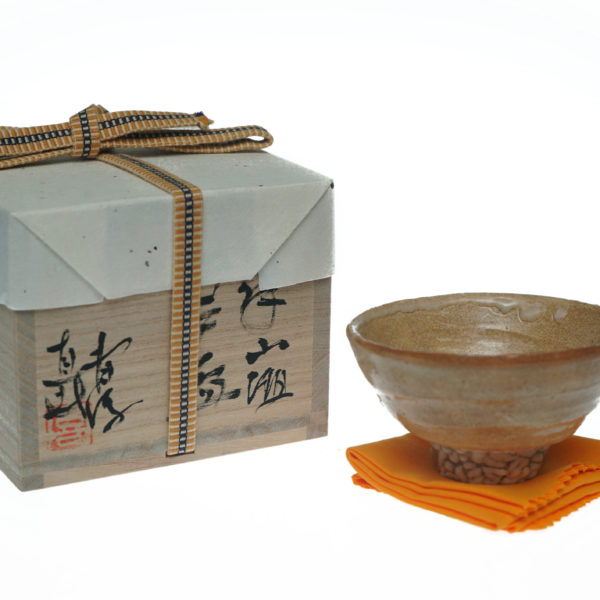 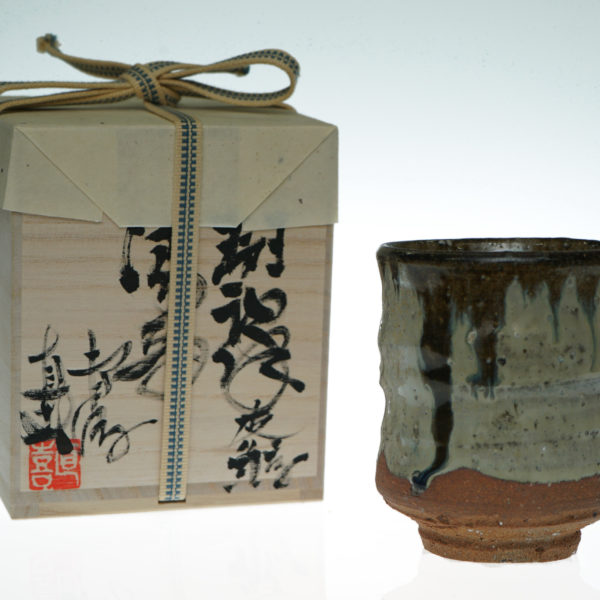 Using glutinous rice straw glaze for upper side and iron graze downside of the cup. Comparison with 8.