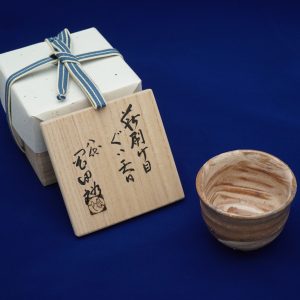 This cup was heated at most high position at kiln and having natural ash covered. The shape is made as ancient Japanese style with some mysterious color.