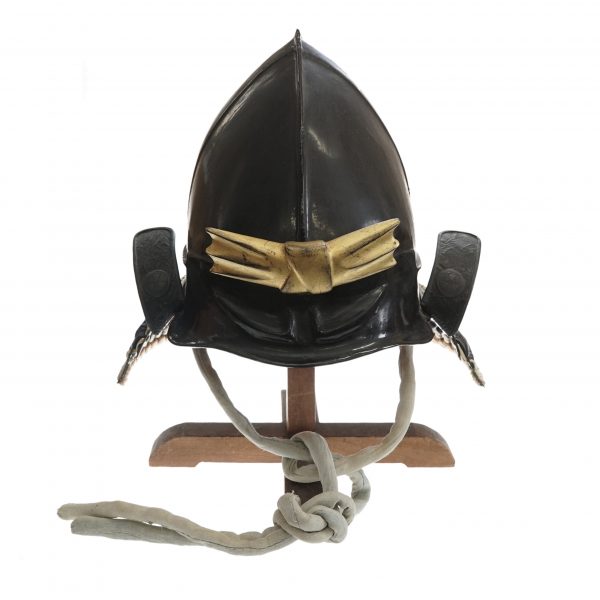 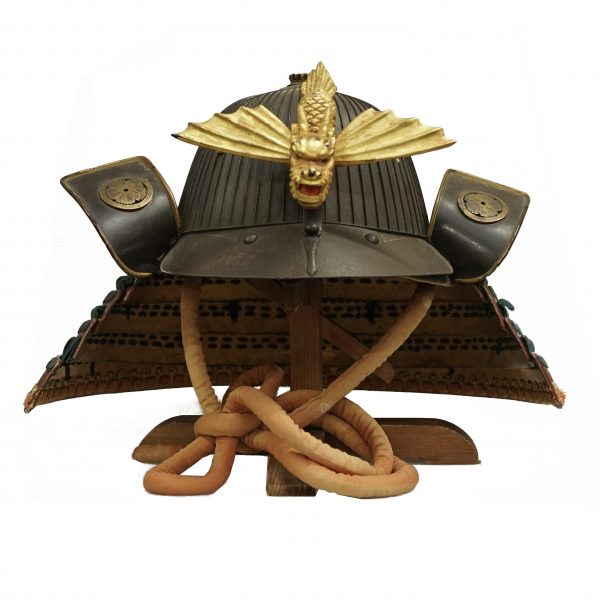 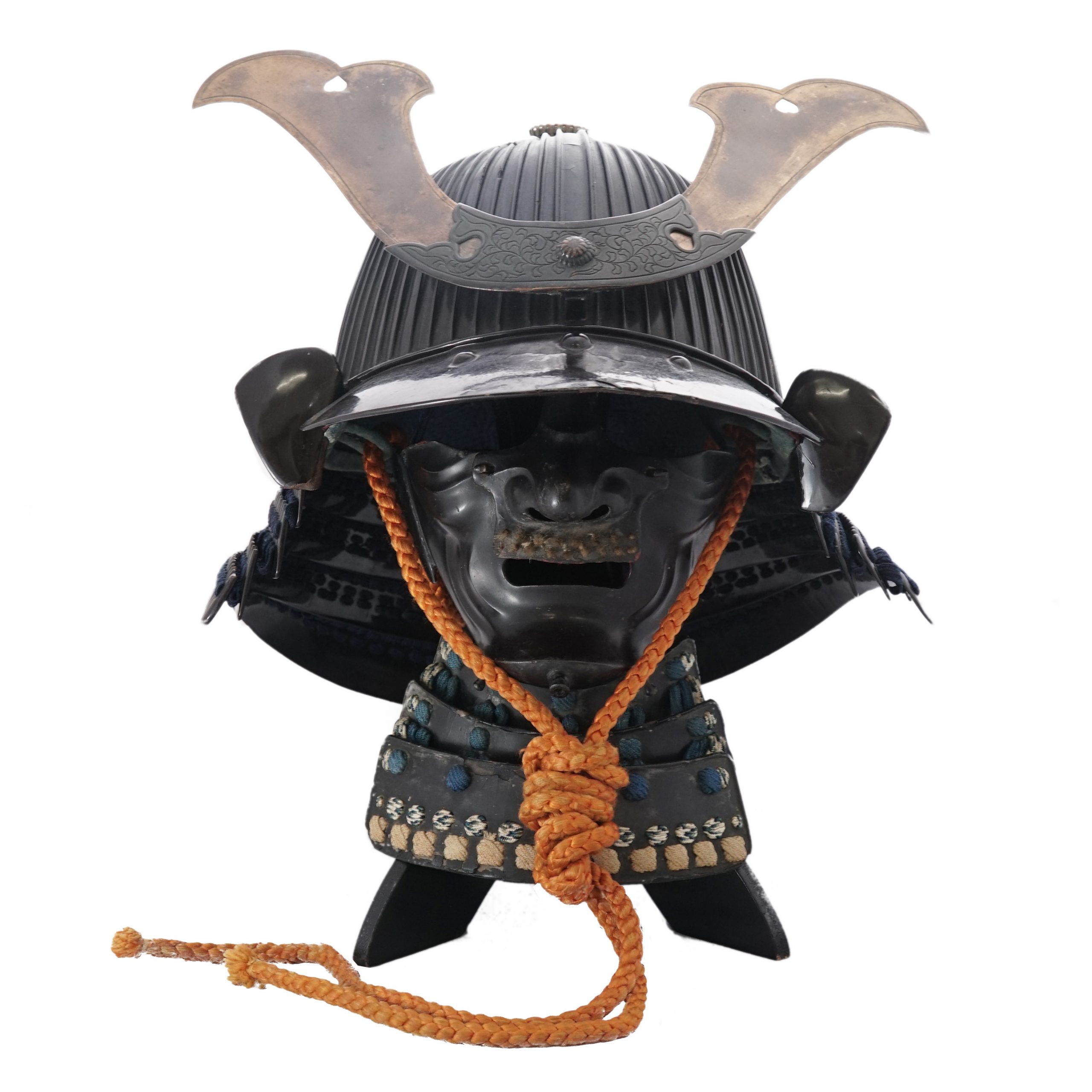 Suji Kabuto consists of many small riveted iron plates to form its shape. This helmet has Ryokujuni(sixty-two in Japanese) iron plates.
Suji means a stripe in Japanese, and you can see 62 stripes in this helmet. The more plates it uses, the heavier and more expensive it would be. A high-class Samurai might have owned this helmet.There is no signature on this helmet, but it resembles the style of Yaotome school, one of the most famous helmet makers in the Edo period.

The front decoration is called Kuwagata, whose design originates from the hoe, a farming tool. There are Inome patterns, which looks like a heart mark. Inome pattern has been used since ancient times in Japan, especially as a decoration for shrine or temple. As its name implies, the eyes of boar are the origin of this pattern. It’s believed that Inome pattern works as an amulet so that it protects us from evil spirits or fire.

This type of Menpo(Faceguard) is called Retsusei Menpo(烈勢面頬) It represents the angry face to intimidate enemies. 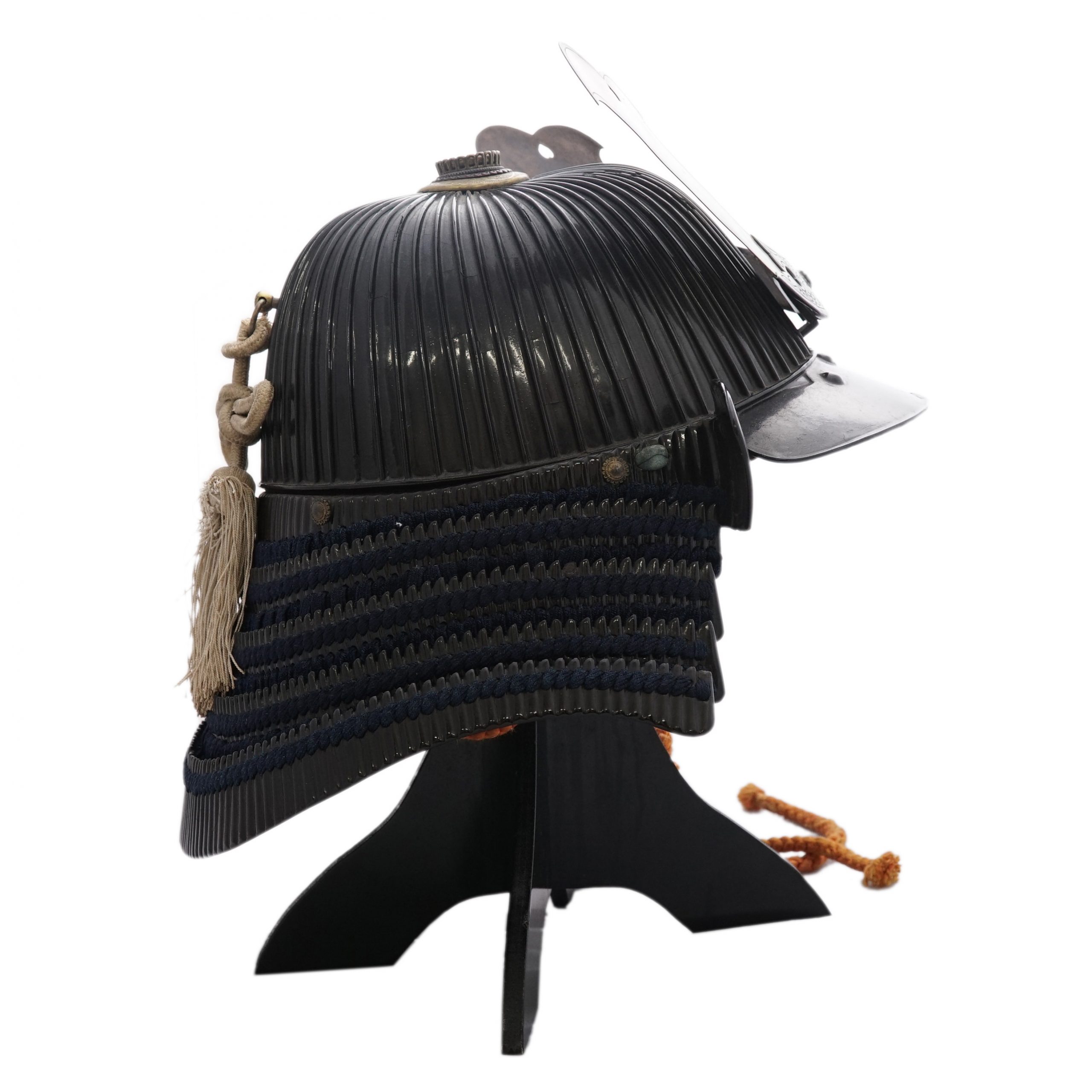 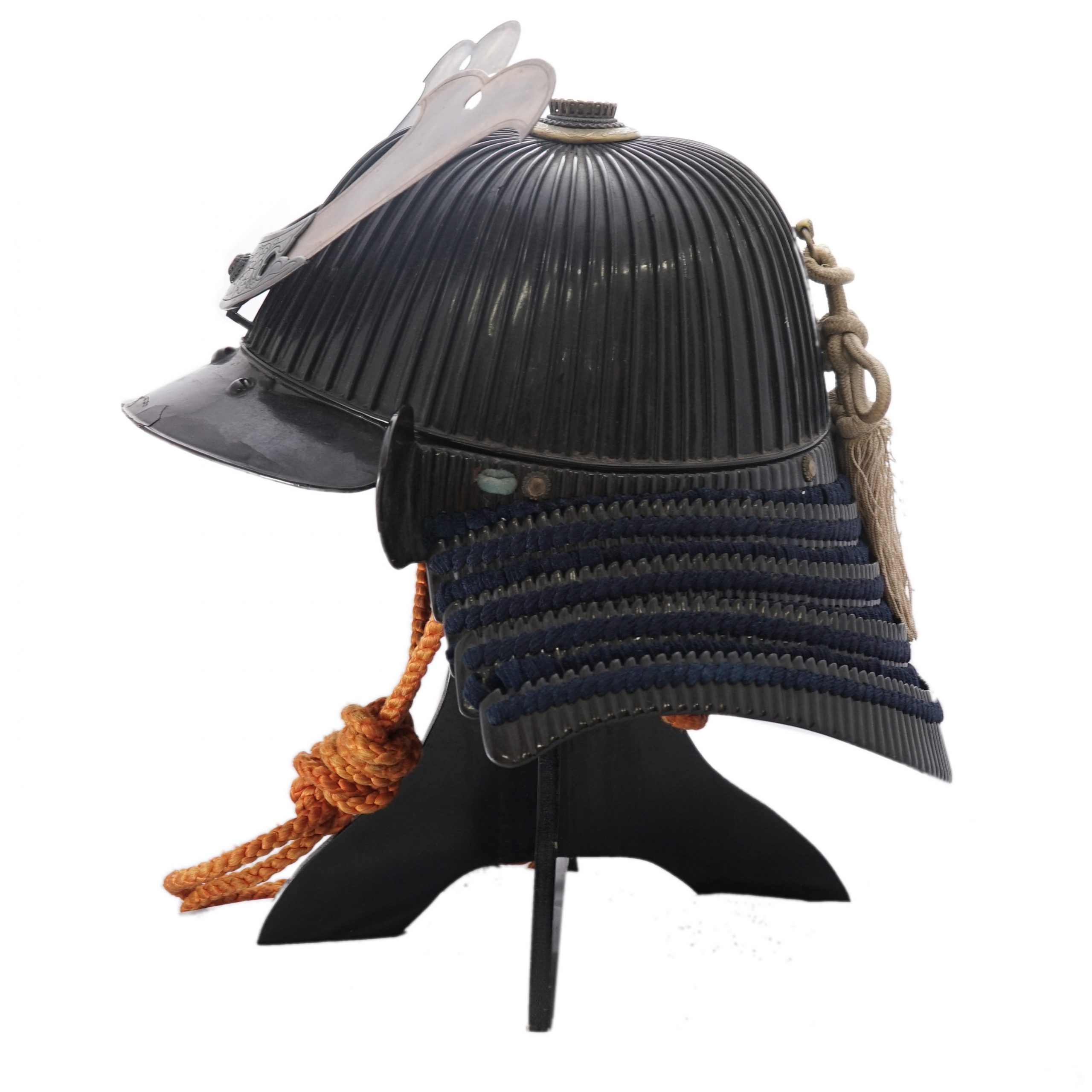 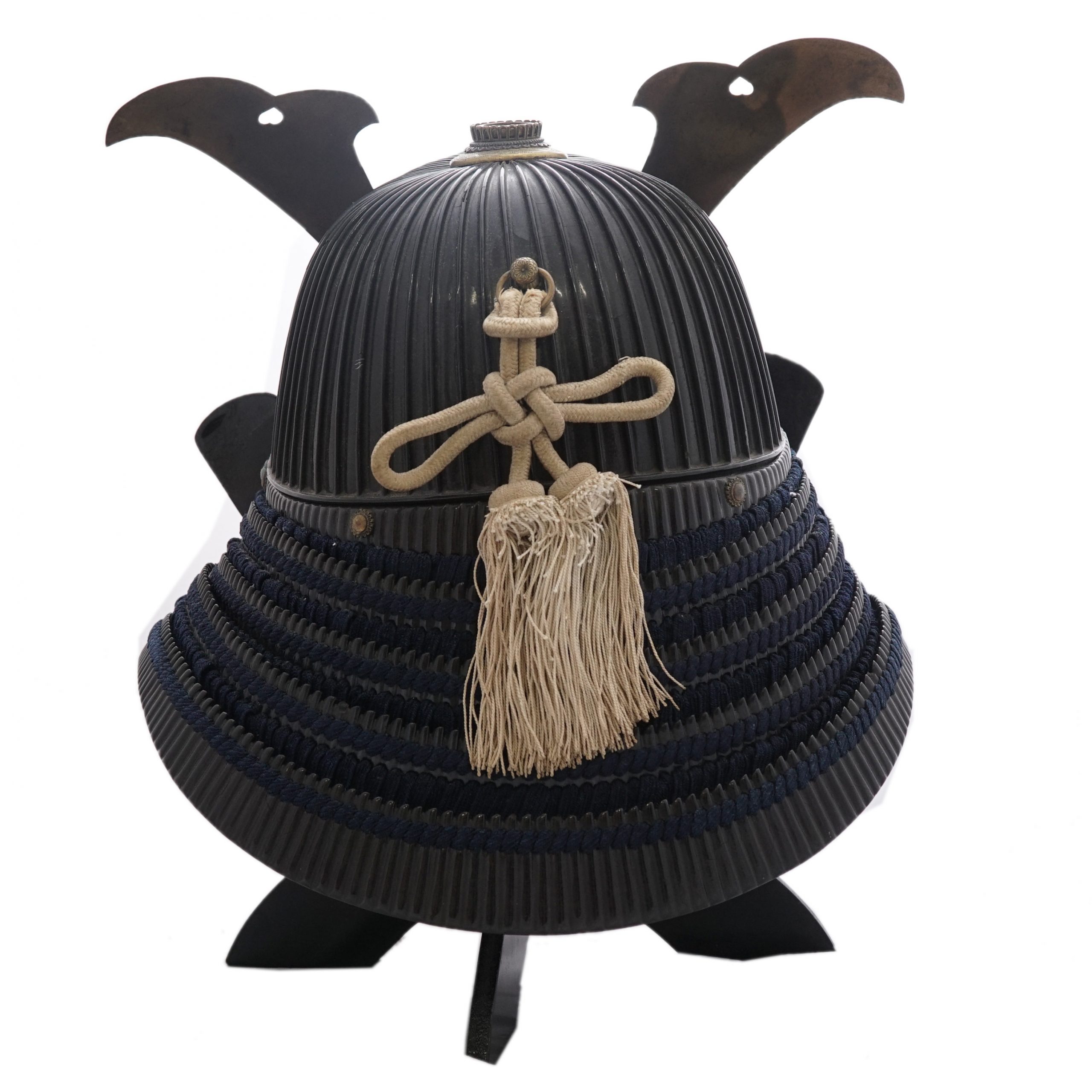 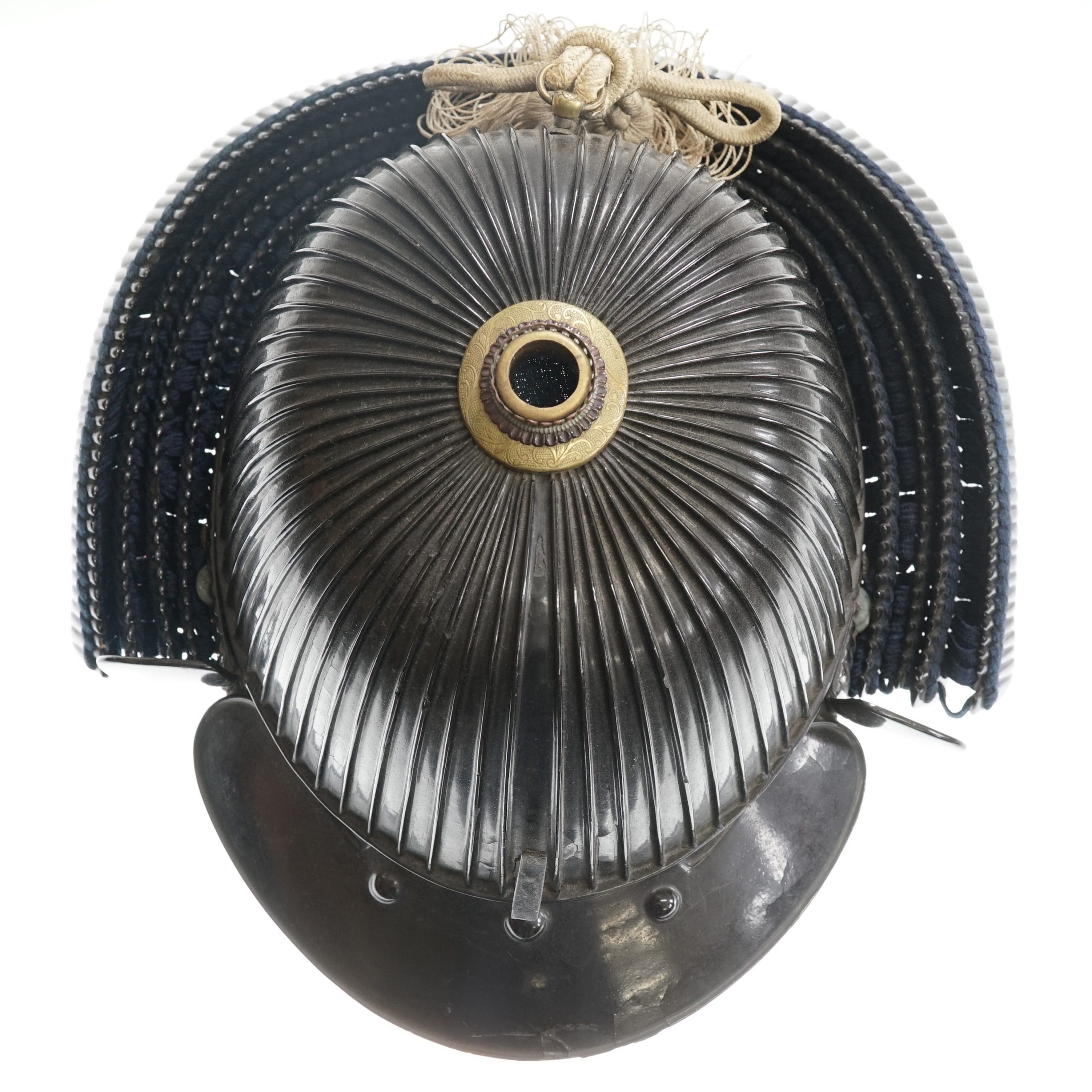 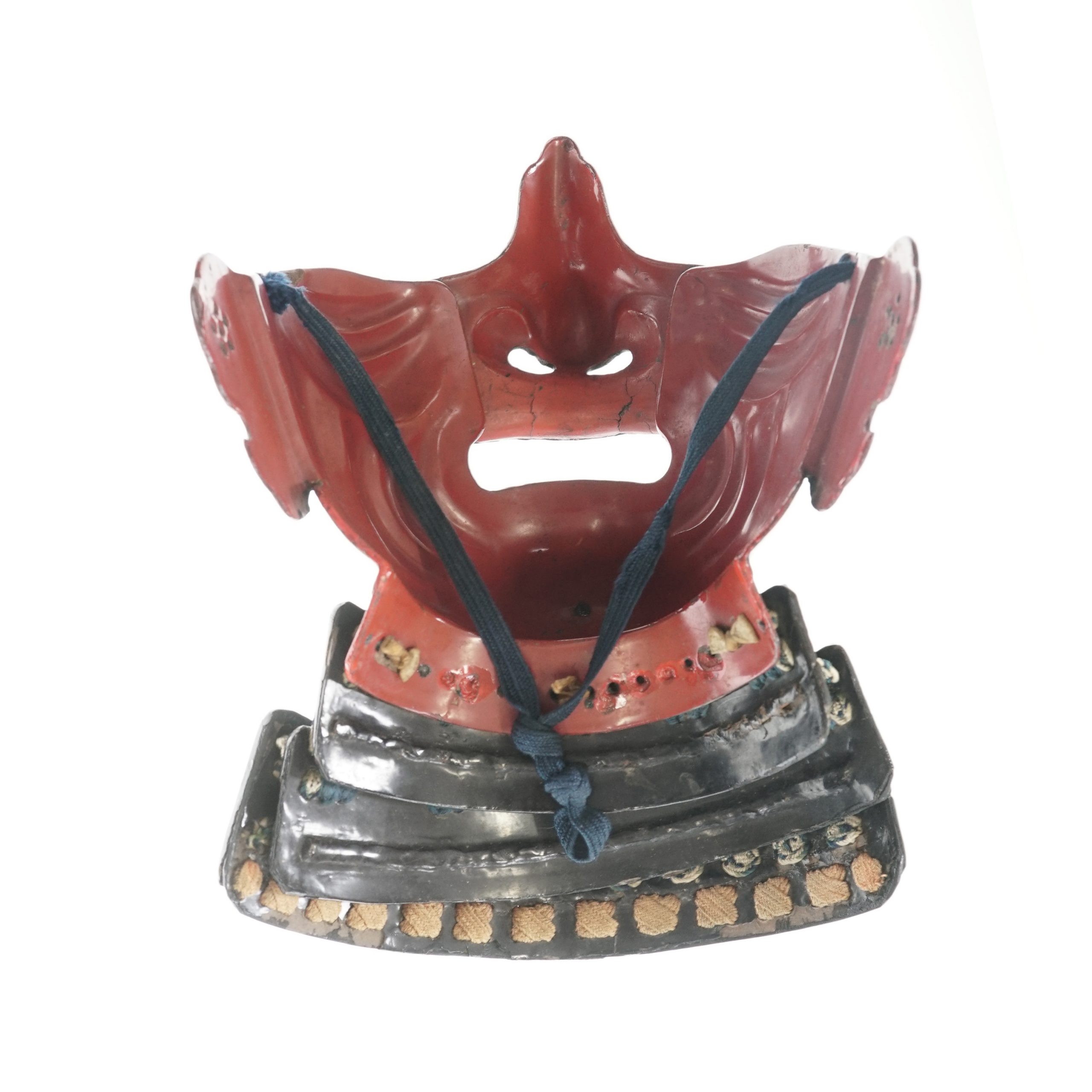 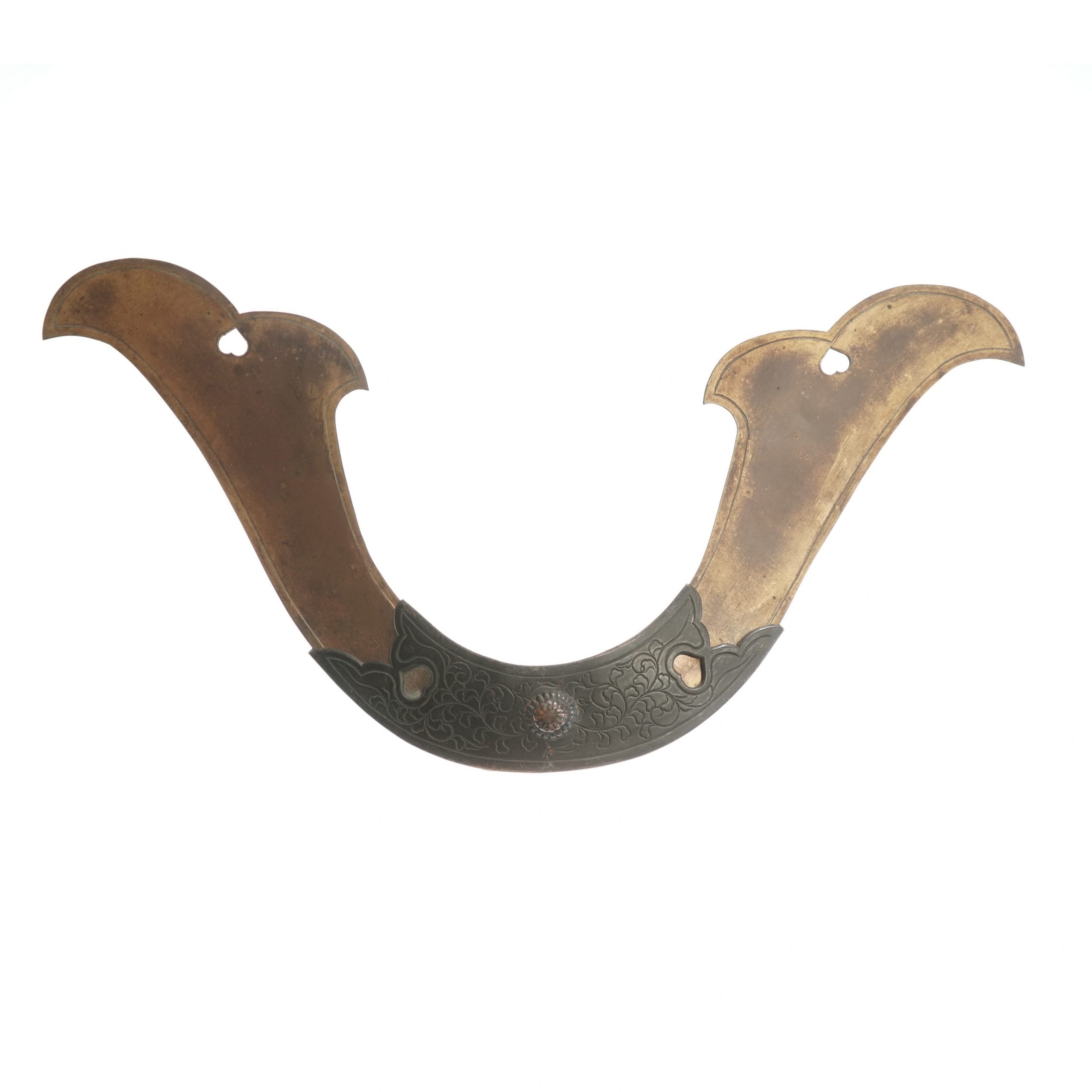 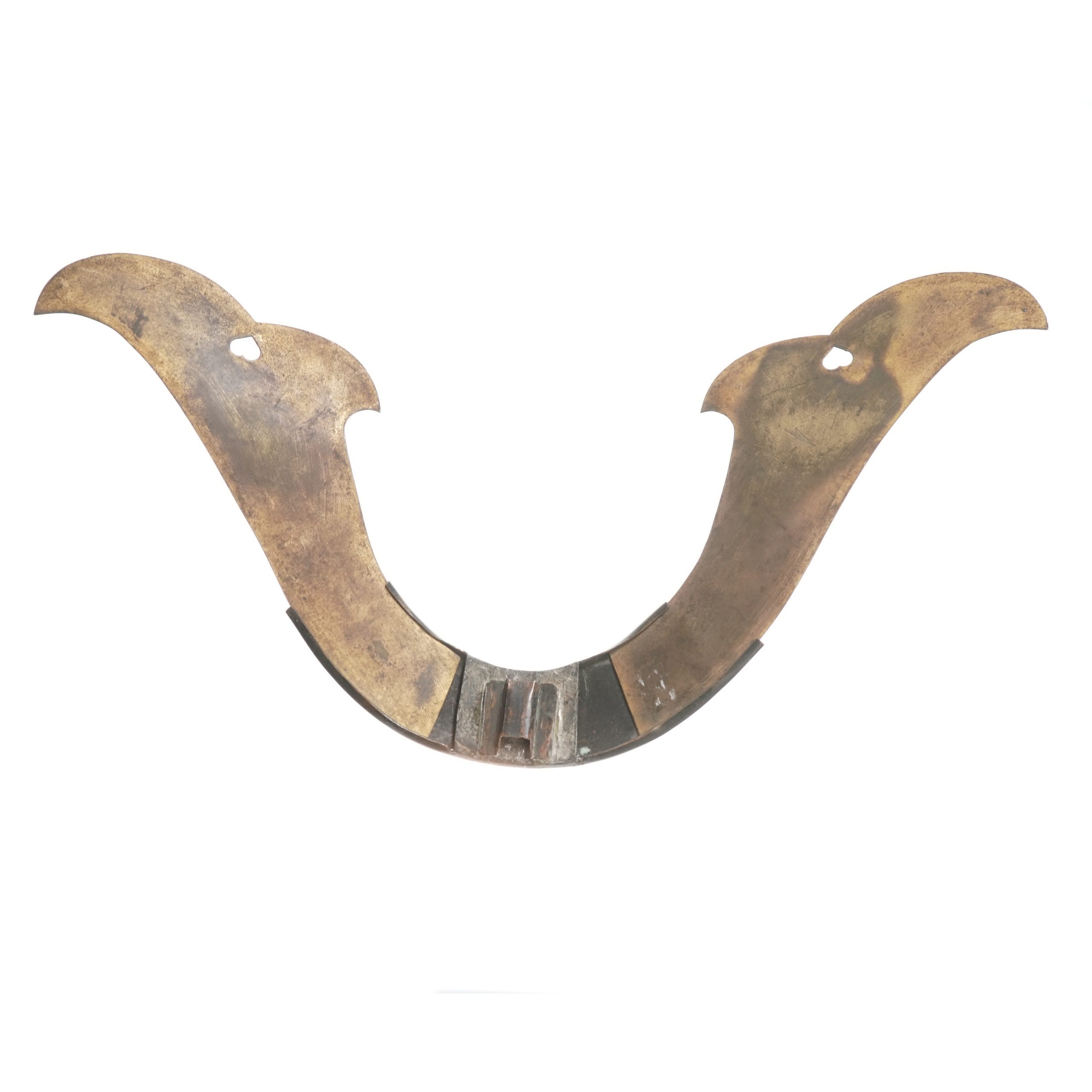