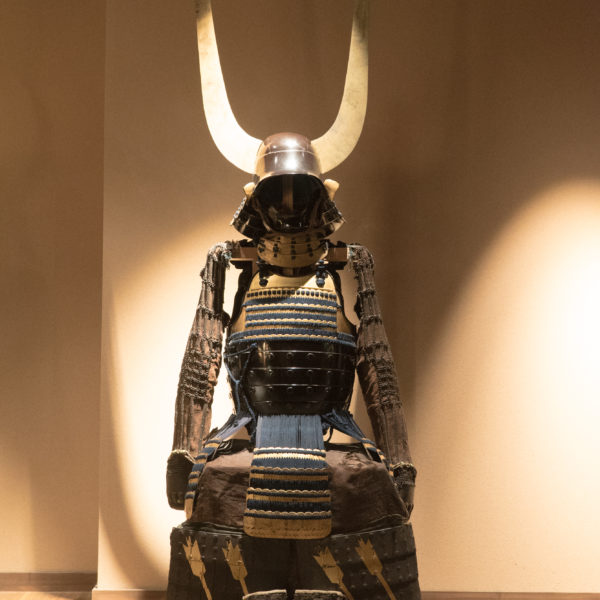 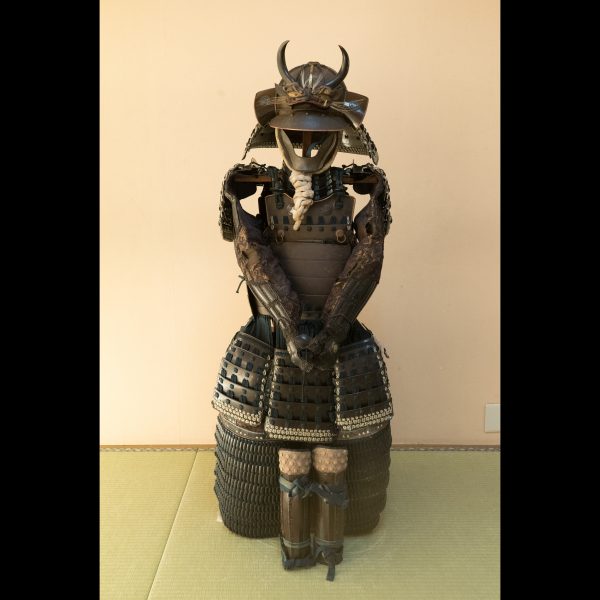 *The armor comes with the storage box but it does’t come with the helmet stand in the picture.

The helmet was made in around the Azuchi Momoyama period based on its style. The deer side decoration was quite popular among Samurai warriors such as Tadakatsu Honda, Yukimura Sanada. Samurai put tall decorations like this to show their dignity or presence. Deer was treated as a divine animal, as it was believed to be a messenger of a God. Suji Kabuto used many small riveted iron plates to form its shape. This helmet used Sanju Ni(thirty-two in Japanese) iron plates. 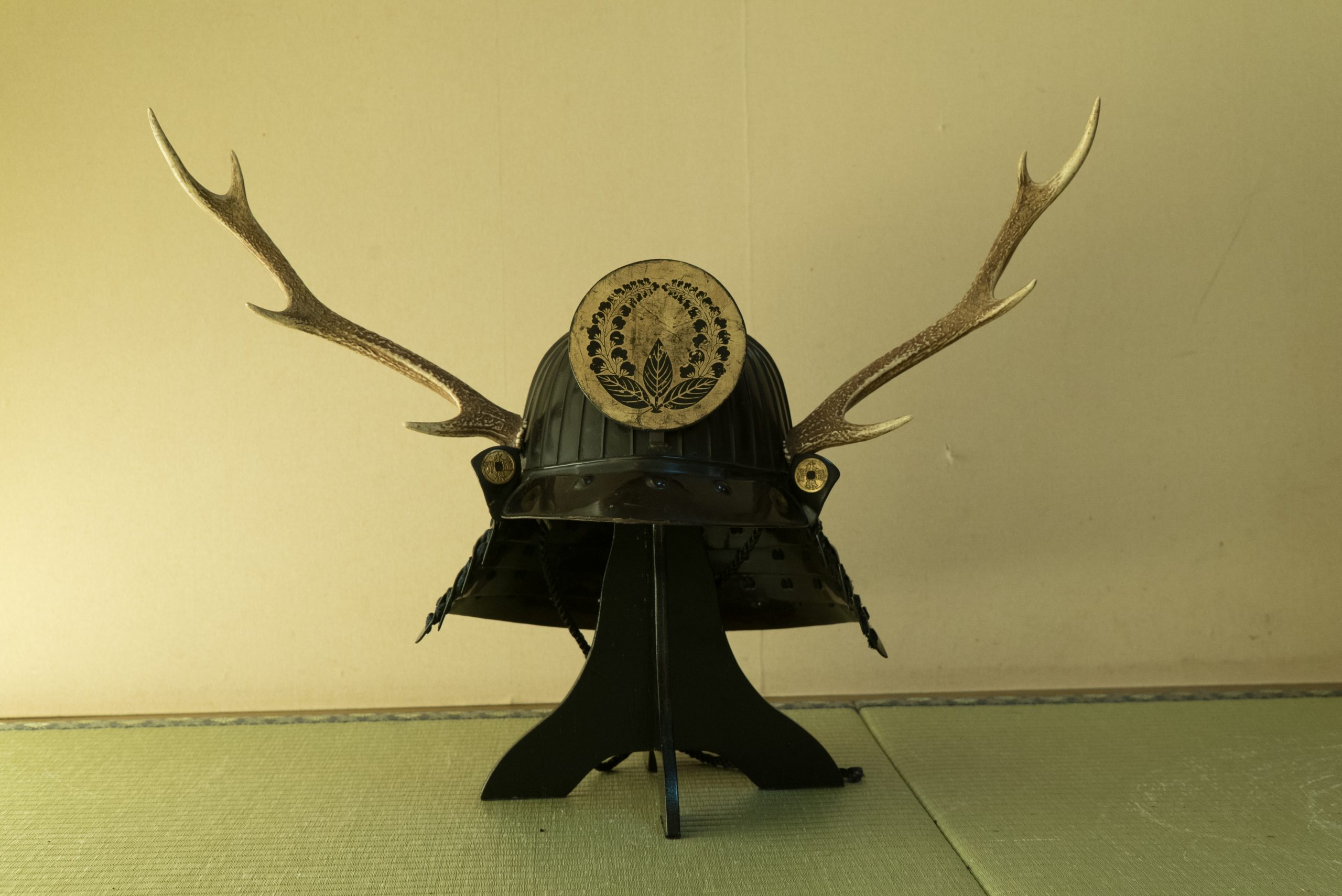 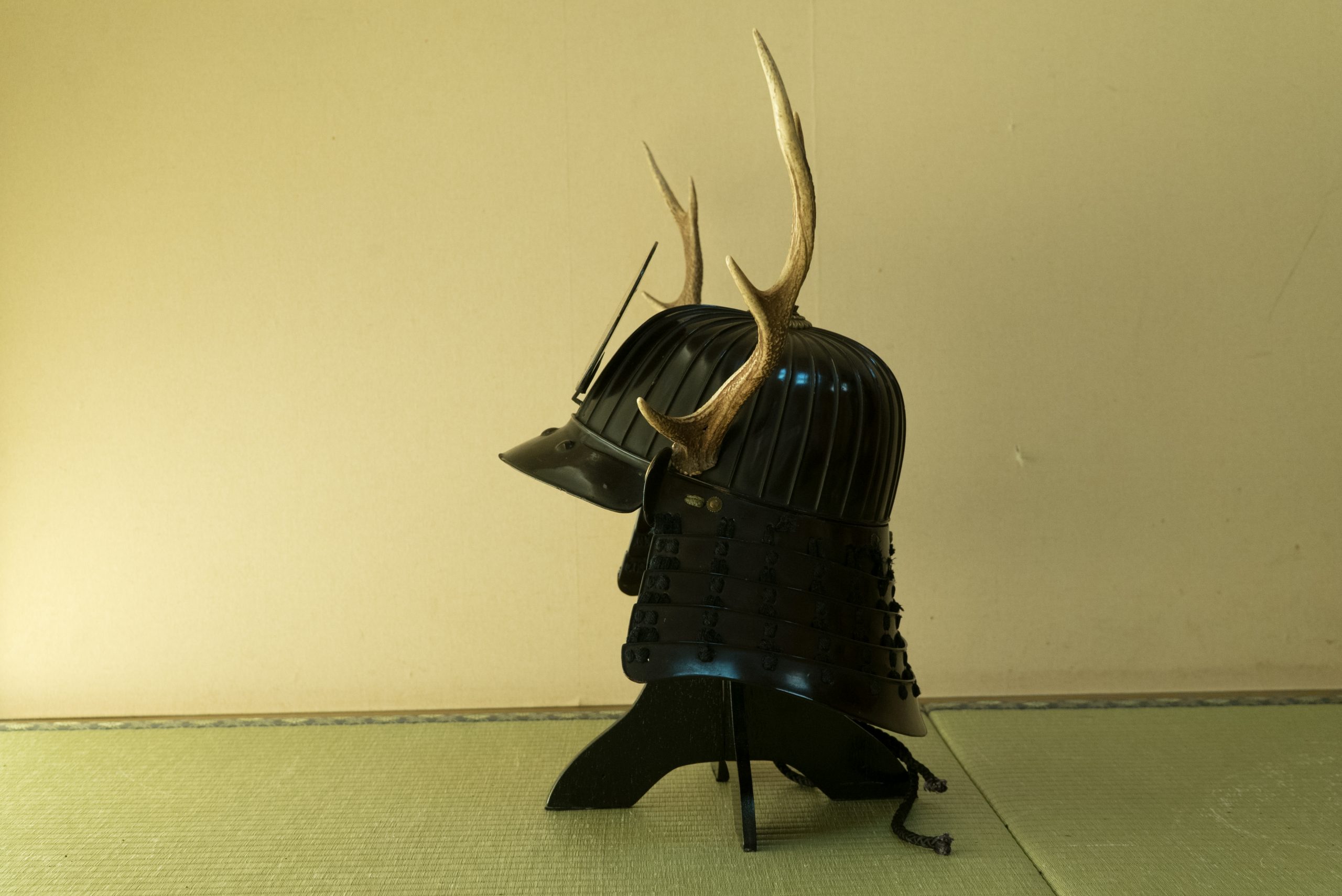 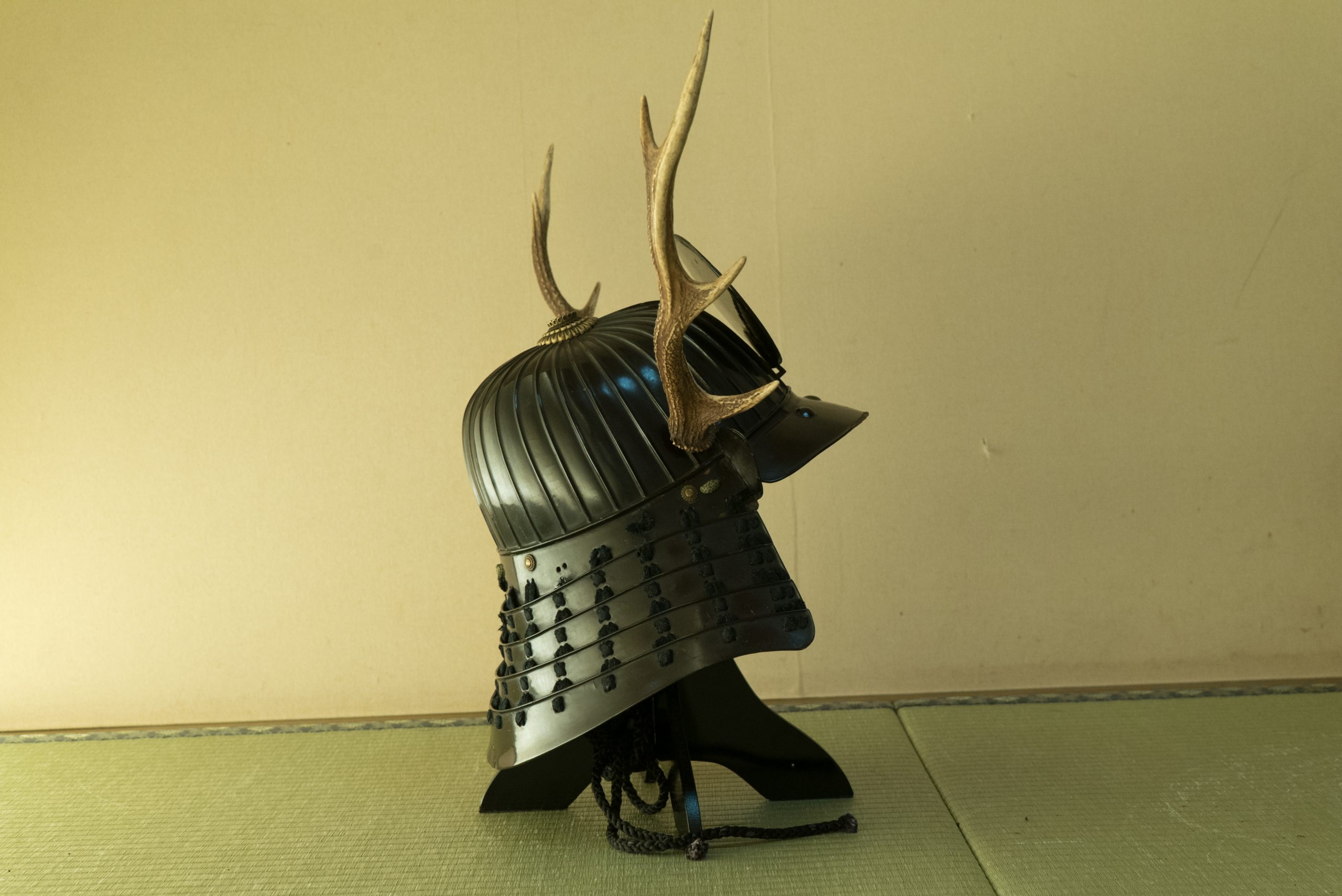 There is Eiraku Tsuho decoration on Fukikaeshi(small ear-shape thing sticking from the helmet). Eiraku Tsuho( Yongle Tongbao) was the coin circulated under the reign of the Yongle Emperor during the Min Dynasty period. And many of those coins were imported into Japan. It is famous for the design of the war flag Oda Nobunaga, a famous feudal lord used. It interesting to see he used coins as a design because he was strategically focusing on conquering economic centers to unify Japan.

We believe this armor could be owned by Oda Nobunaga’s family member or a relative. There is a holder to put a flag on the back of this armor, so the original owner of this armor might have put the flag of Eiraku Tsuho, Nobuanga’s symbol. 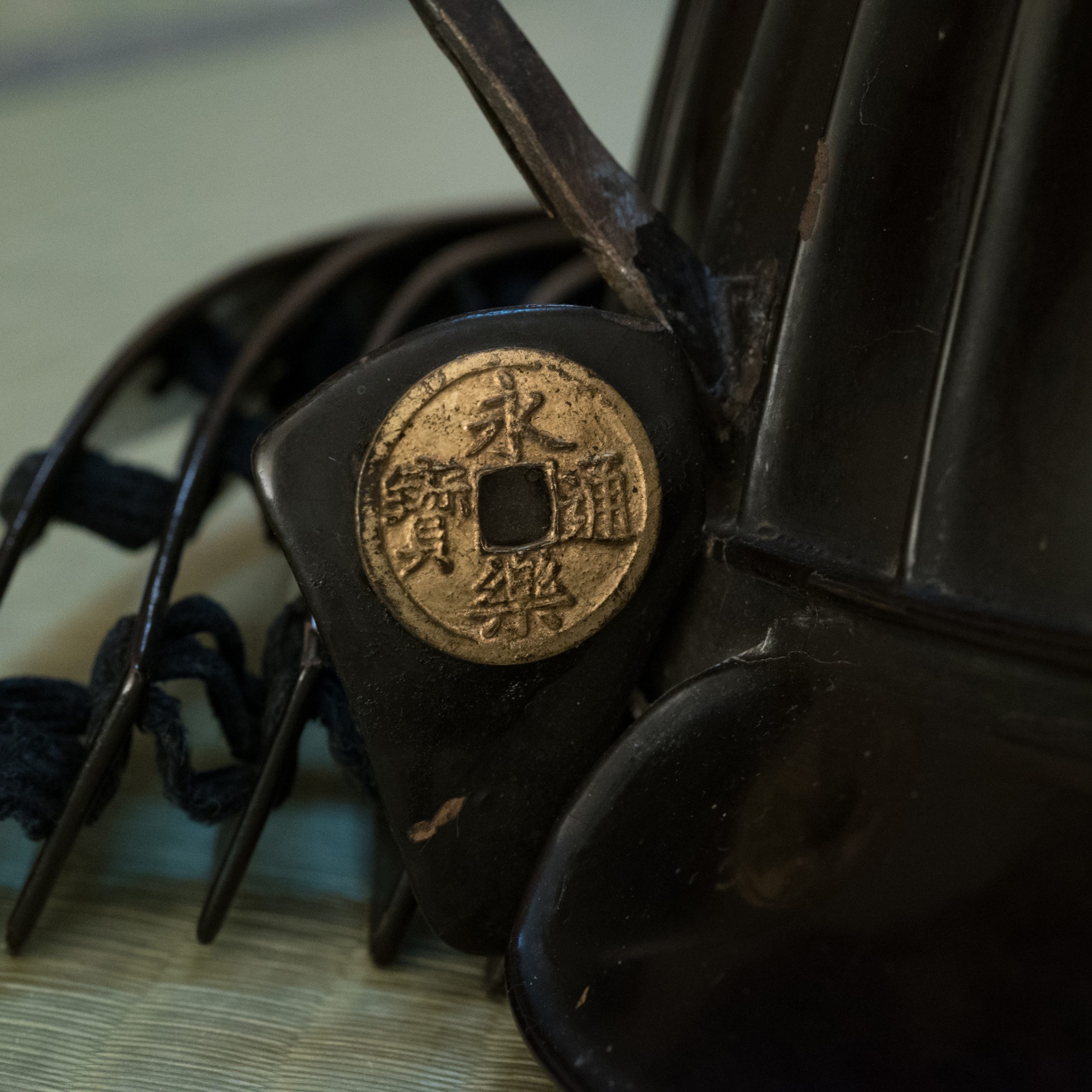 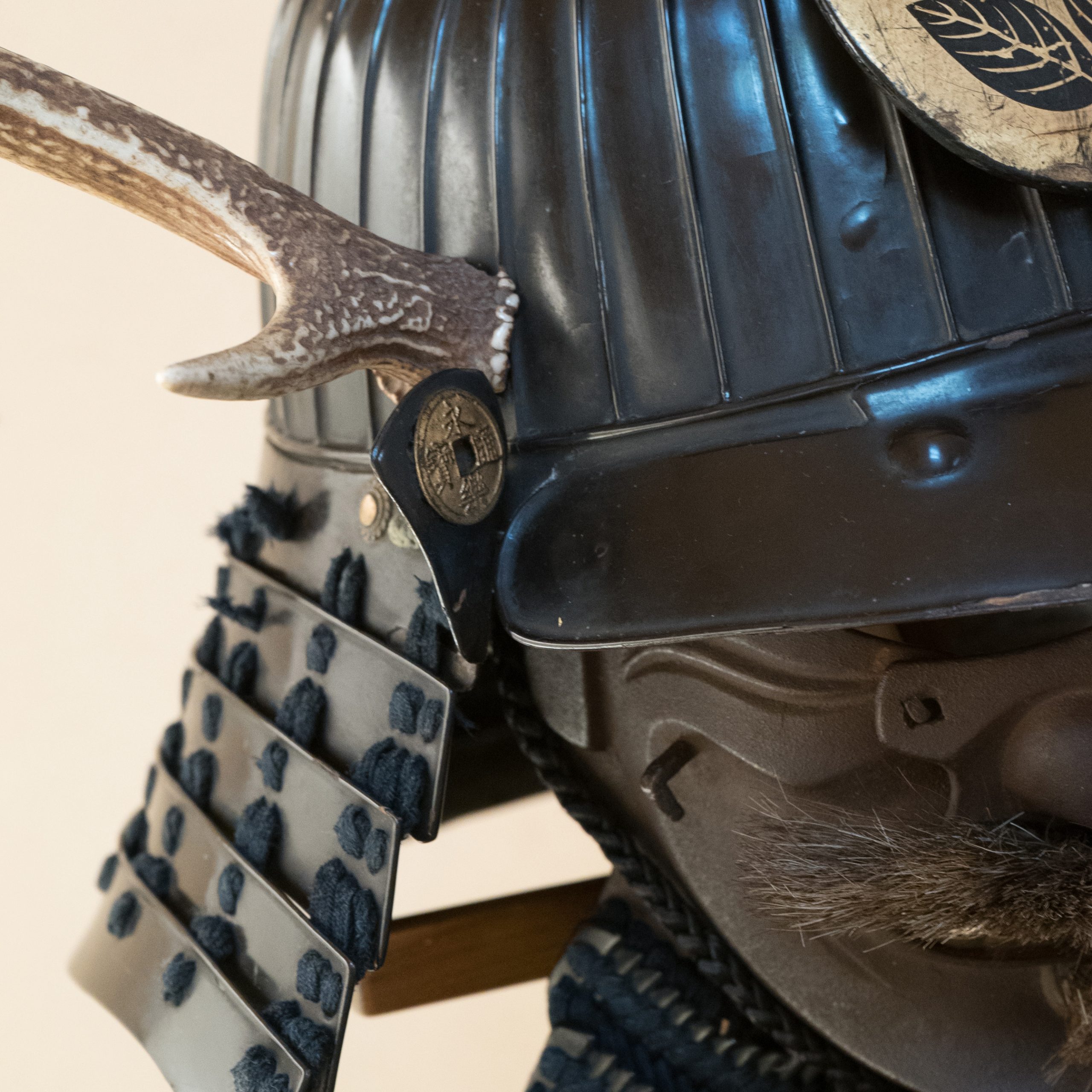 The front decoration(Maedate) is coated with gold leaf. Its design is the family crest of Wisteria. Wisteria is one of the most common forms of Japanese family crests. Initially, it was used by the Fujiwara family in the Asuka period to show authority when they gained political power. 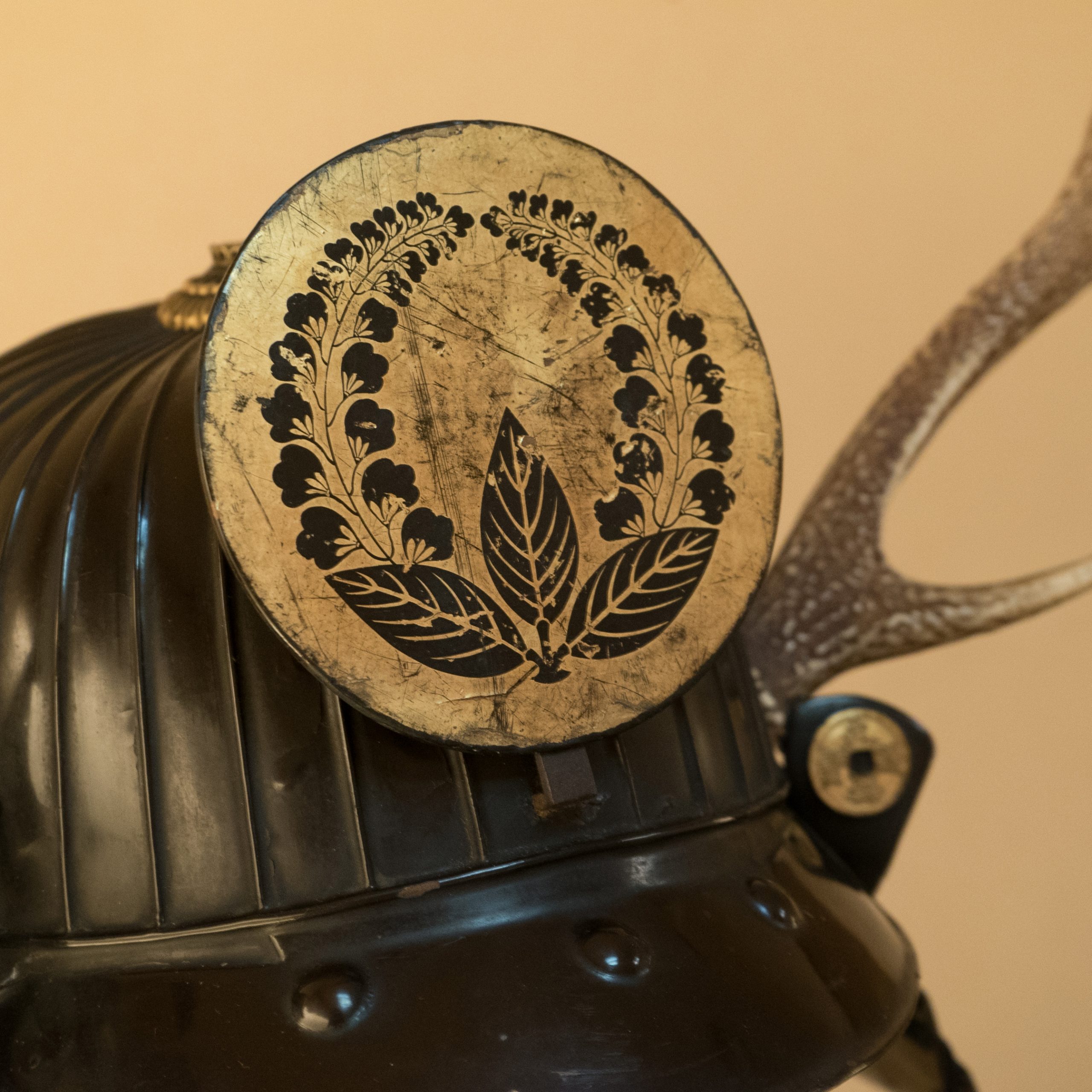 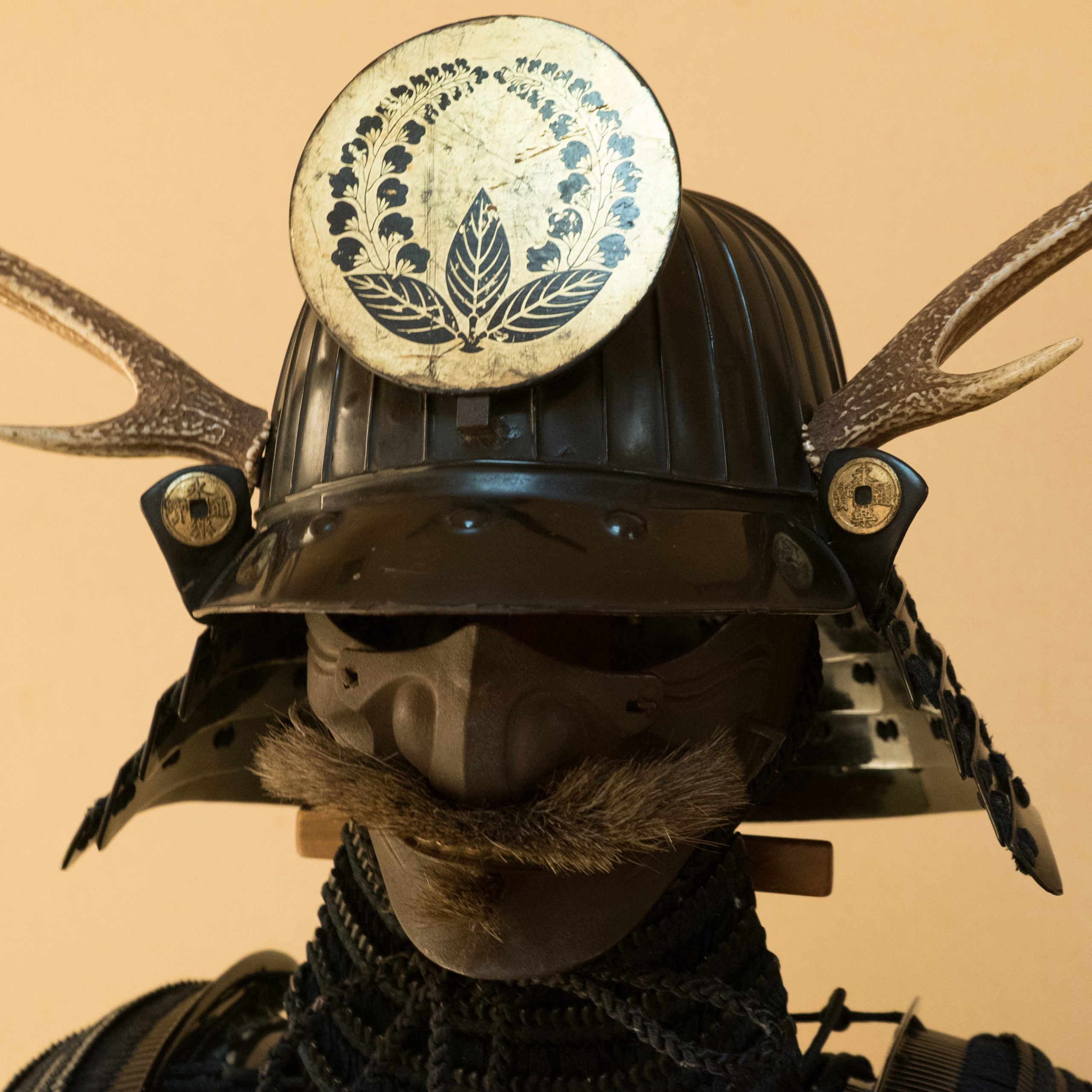 This type of Menpo is called Retsusei Menpo(烈勢面頬) It represents the angry face to intimidate enemies. 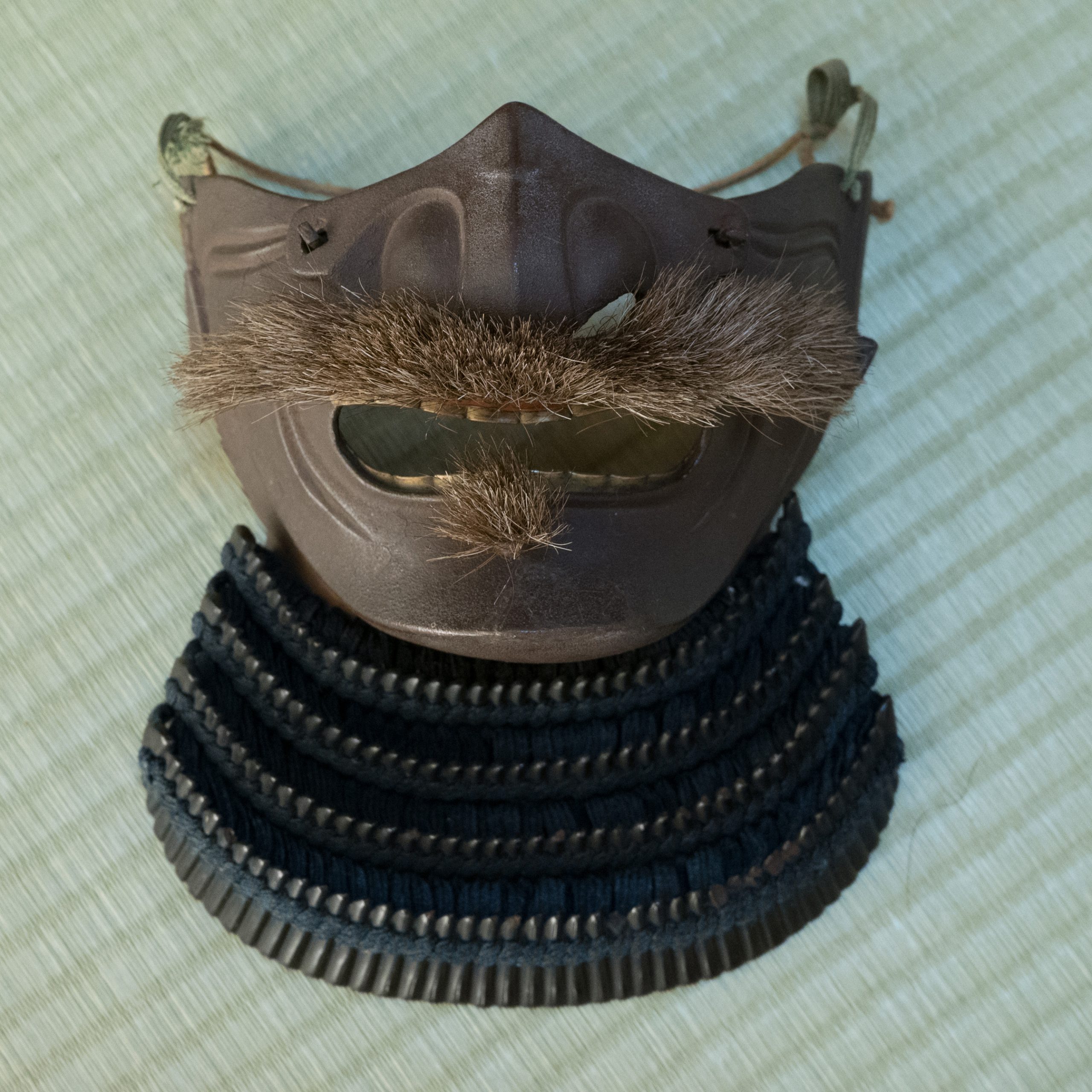 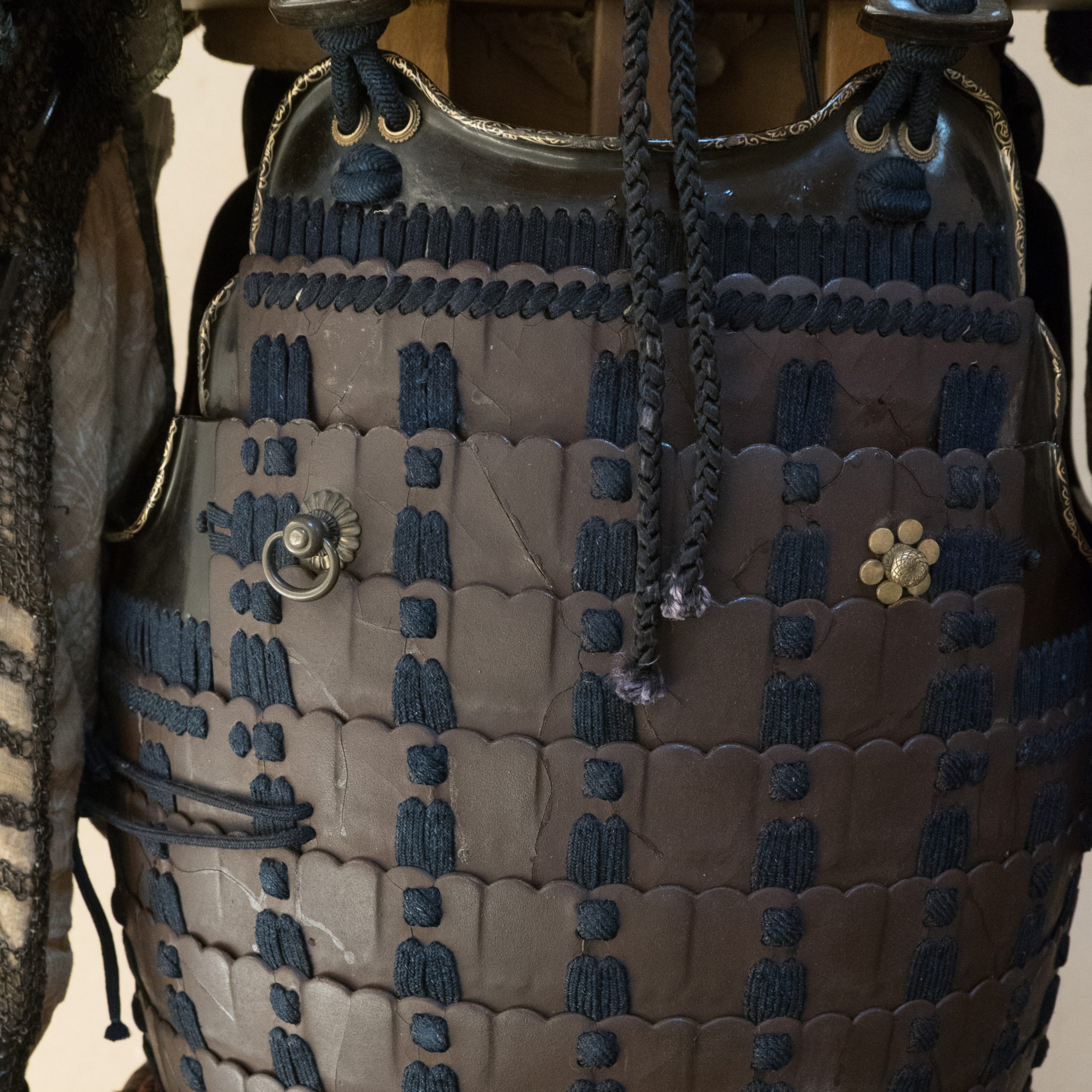 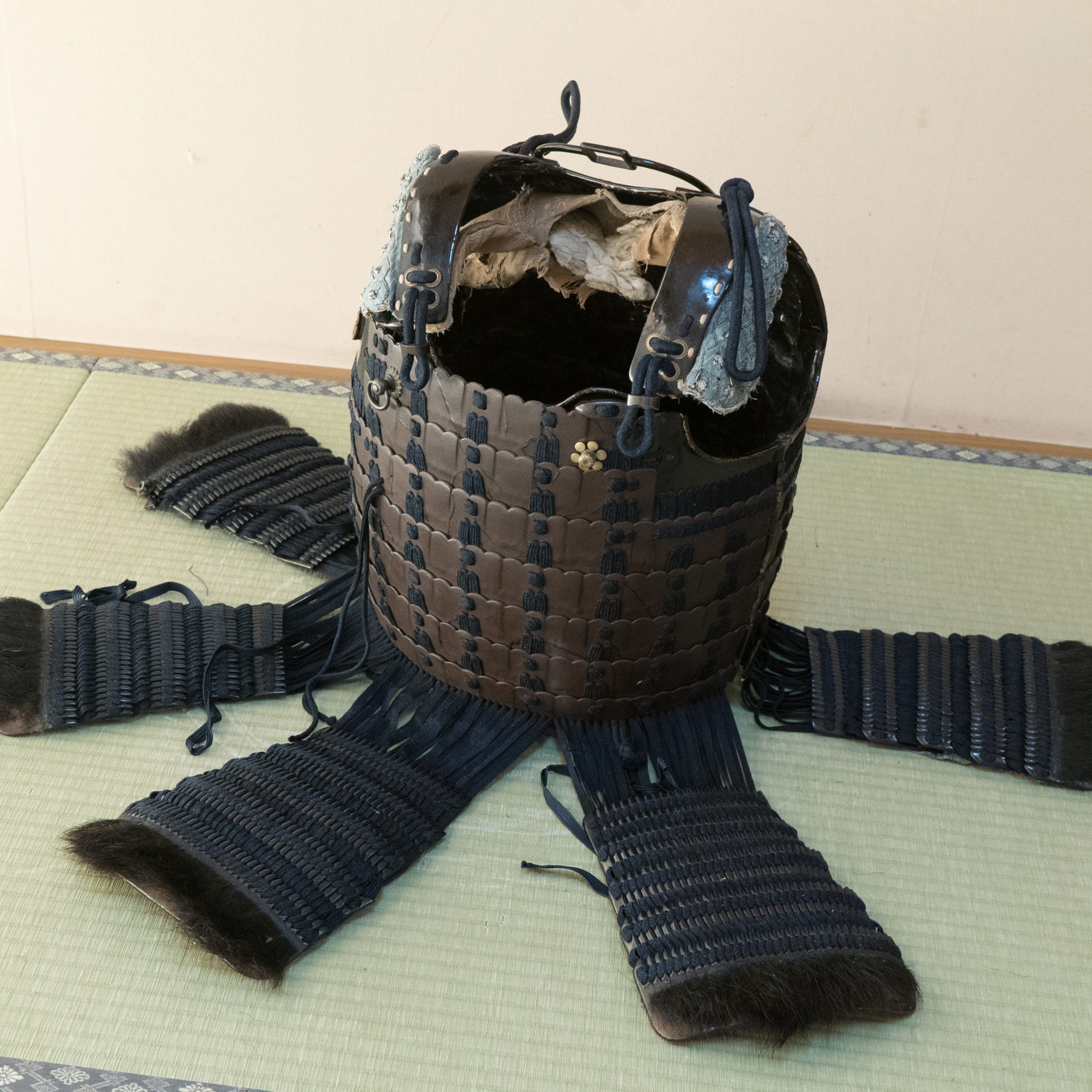 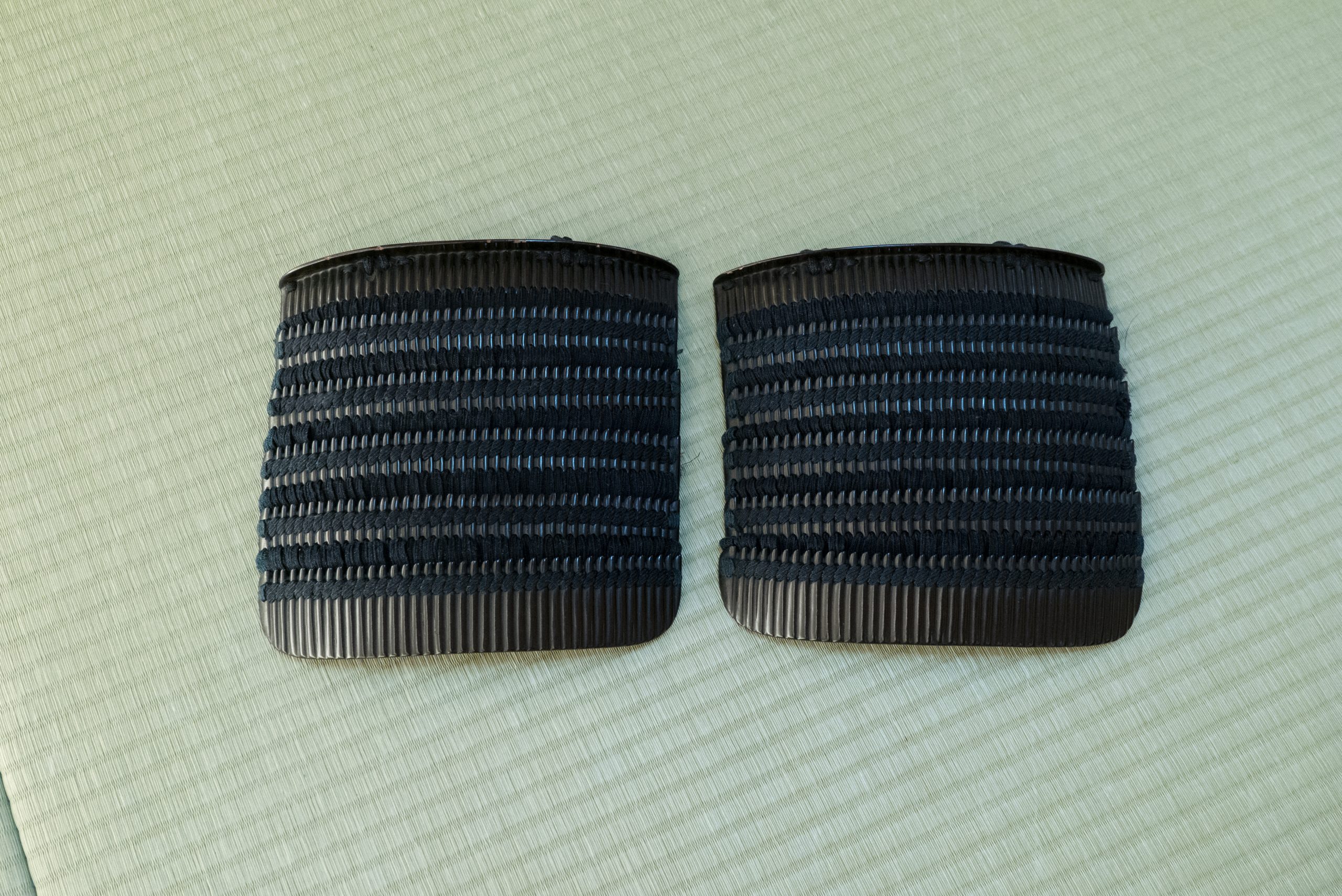 ■Kote(Armored sleeves): Intricate iron chain mail with silk and the hand guard is coated with lacquer

■Haidate(thigh protection) :The same structure as the cuirass. 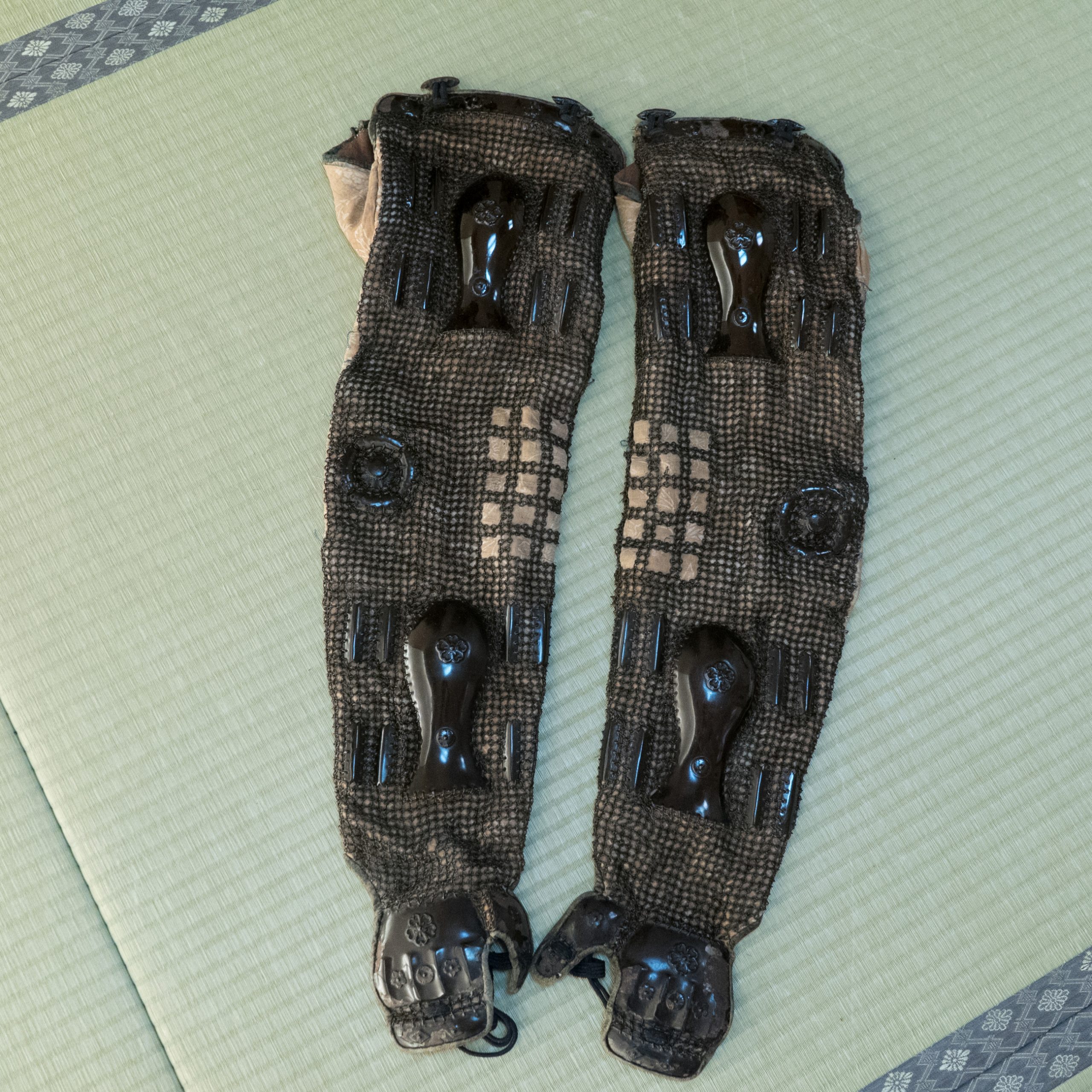 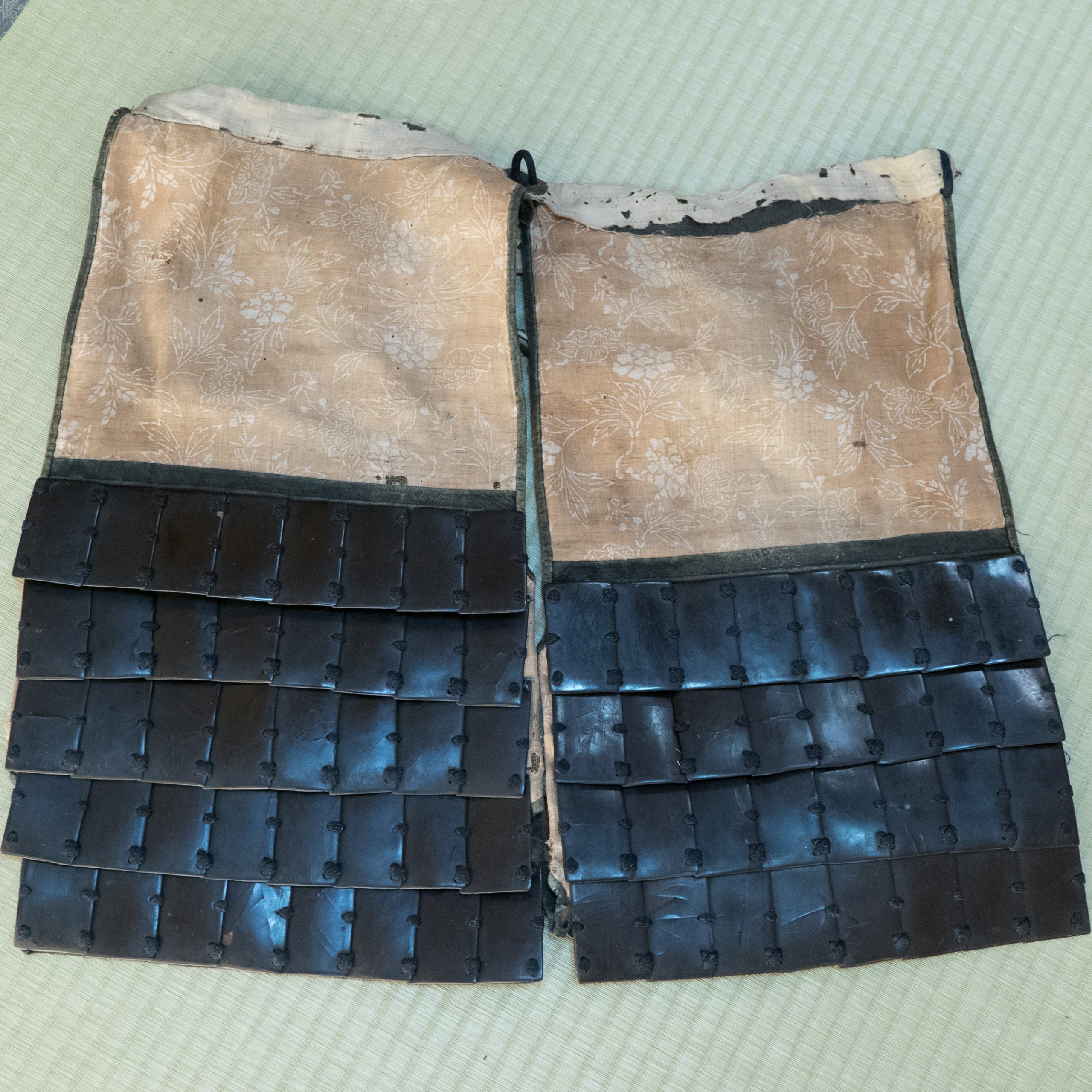 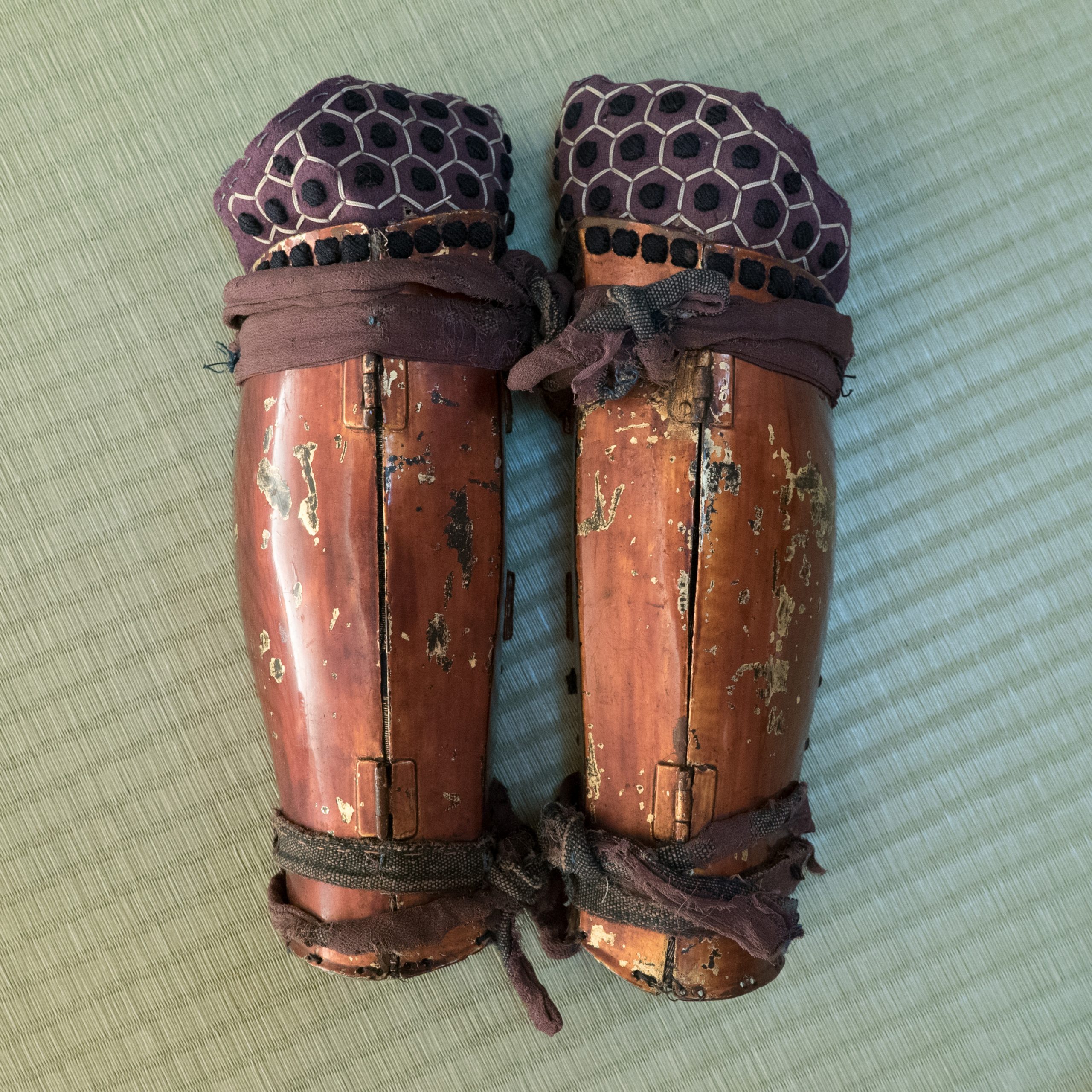