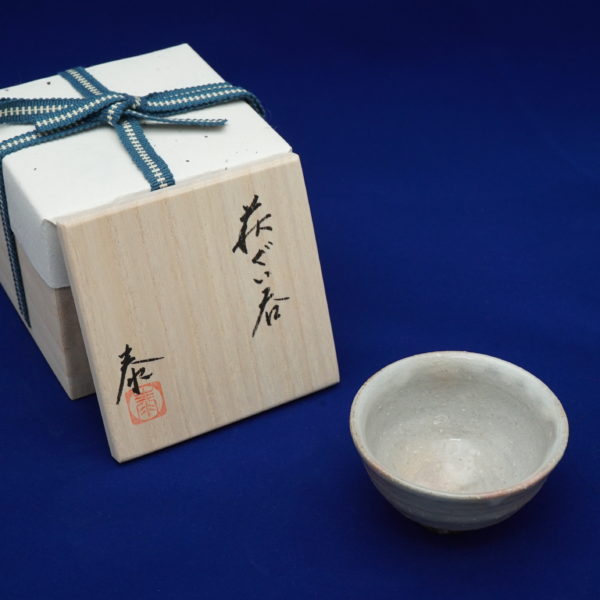 Heaten at high position of Kiln causing glaze melt and crystallized. Please enjoy the flavor of soil and nature from using this cup.

Be the first to review “Hagi-Guinomi (Sake cup)” Cancel reply