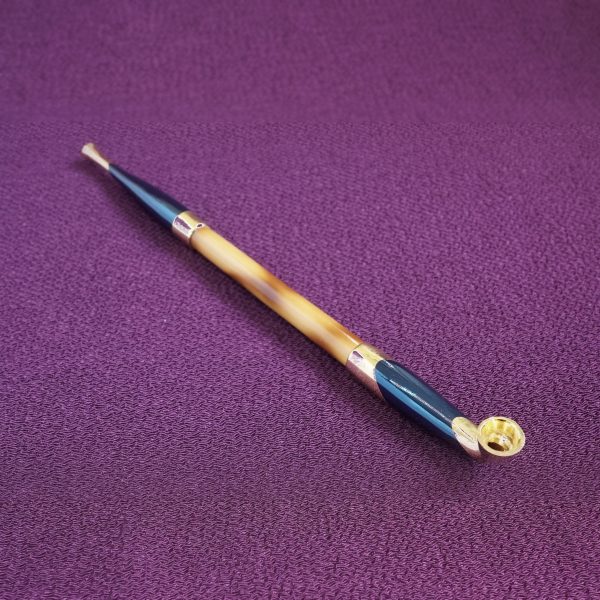 One Hitter, Only For High Quality Smoking.

While it is common to use cigar or pipe as a tool to smoke tobacco leaves abroad, Japan invented a special tool for smoking called 煙管(KISERU). KISERU is the smallest smoking tool that has a pipe bowl and was a popular item to reflect its owner’s uniqueness during the Edo Period.(from 1603 to 1868）

KISERU consists of three parts; One is called 雁首KARIKUBI(the bowl of a pipe), another is called 羅宇Lau(pipe), the other is 吸い口 SUIKUCHI(mouthpiece). There are two kinds of KISERU. One is made from metal and wood/bamboo and the other one is only made from metal. The part made from metal became more decorative where you can see complicated metalwork as time went by.  It was believed that the quality of KISERU represents the owner’s taste so the grip of KISERU tends to be short so that he or she can show off the beautiful handle.
* It is said that the Spanish word “que sorber” was the original word of “KISERU”.