The material of Japanese Cooker Knives

Yasuki-Hagane
We deal with cooker knives made from traditional Japanese steel called “Yasuki-Hagane,” which is a similar material to forge an authentic Japanese sword. That’s why traditional Japanese cooker knives “Wa-Bocho”(和包丁) is razor-sharp.
On the other hand, some companies developed particular metals, which is stainless. Some stainless knives are as sharp as Wa-Bocho.
“Yasuki-Hagane” is produced in Shimane Prefecture.
There are classes and ranks of steel depending on the amount of carbon additives and impurity it contains.
Mainly five kinds of “Yasuki-Hagane” are used for making cooker knives.
These names are Shiro-kami 1st, Shiro-kami 2nd, Ao-kami 1st, Ao-kami 2nd, and Ao-kami-super.
All Hagane have different characteristics; thus, we recommend you to choose one for its use. The main difference between the 1st and 2nd is how much carbon a blade contains.
The more carbon the knife contains, the harder it becomes. Less carbon means softness.

Shiro-kami series
Shiro-kami series is pure Hagane steels.
These Shiro-kami series are one of the most similar materials to that of a Japanese sword. This type of knife contains a lot of carbon, so it gets rusty easily and fast. Also, it needs constant maintenance and care. HRC61~63.

Shiro-kami 1st has most carbon in knives; therefore, it is hardest in Shiro-kami series. However, the knife loses its toughness and sharpness when not taken care properly. It is challenging to sharpen it to make the perfect blade shape again if you are not a trained whetter or chef.
You must not cut bones, frozen foods because the blade might get chipped. This knife is for professional chefs who know how to handle and maintain it.

Shiro-kami 2nd has lower carbon than the 1st. It is one of the favorite materials for making cooker knives because it is easy to handle and keep its sharpness. Also, the price is reasonable.
One disadvantage is easy to get rusty but compared to the 1st, you can whet it by yourself. We recommend this type of knife if you want to use it in your kitchen. 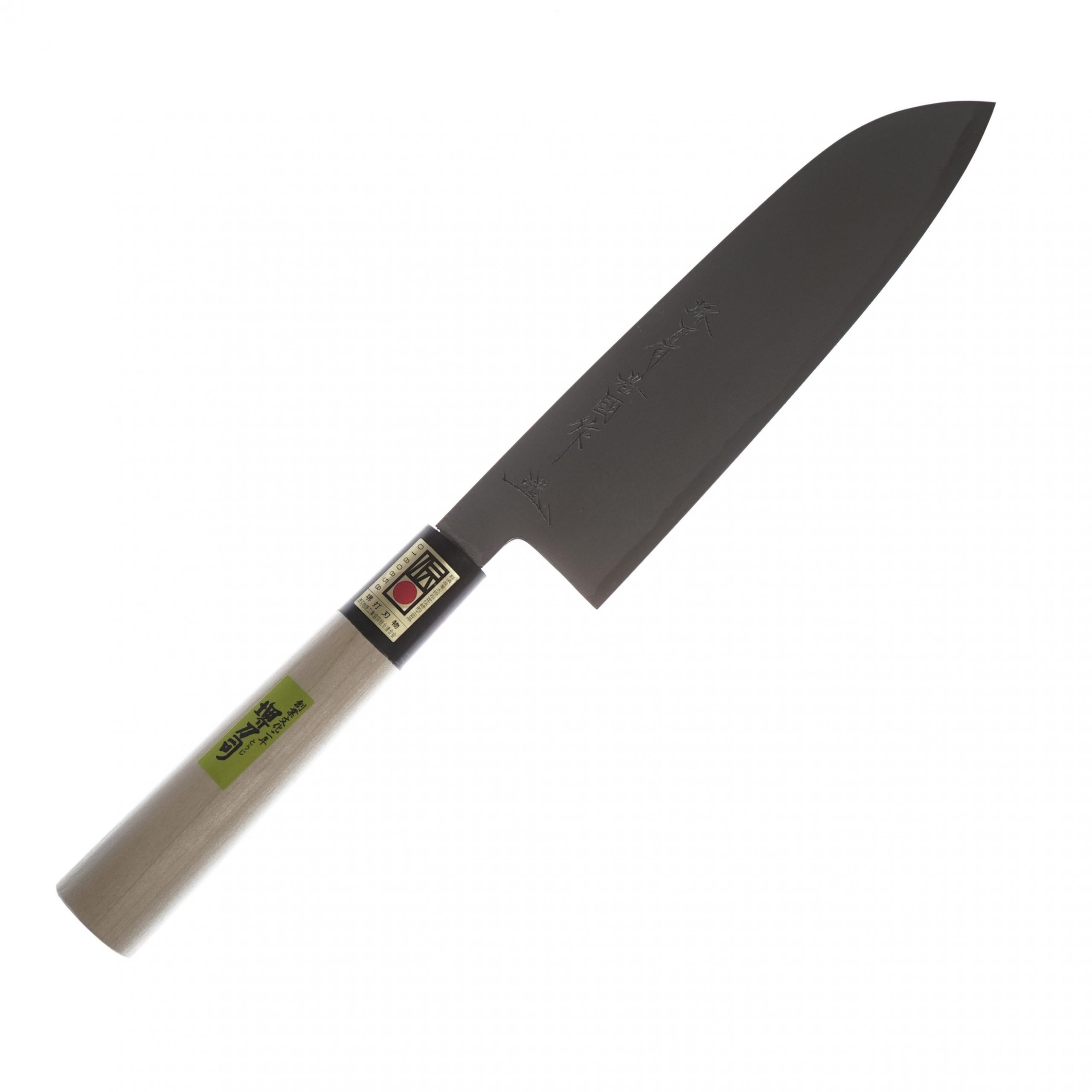 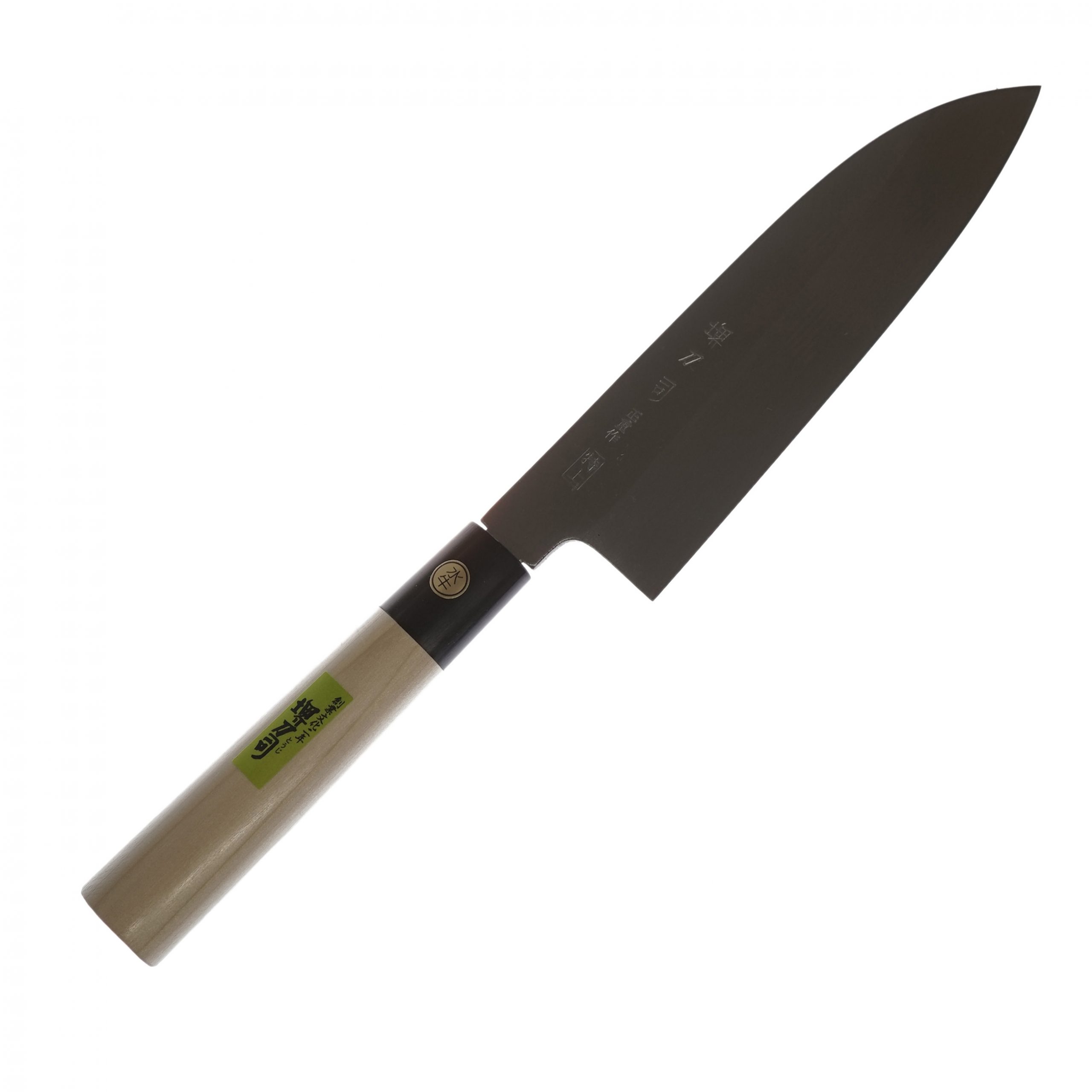 Ao-kami super is the hardest material in the cooker knives we have. Therefore its sharpness and hardness will be kept for a However it’s super hard to whet to make a sharp edge.
This type of knife is a little hard to handle because of the reason above.

Ao-kami 2st is good to use in a kitchen of home as Shiro-kami 2nd.Easy to handle. 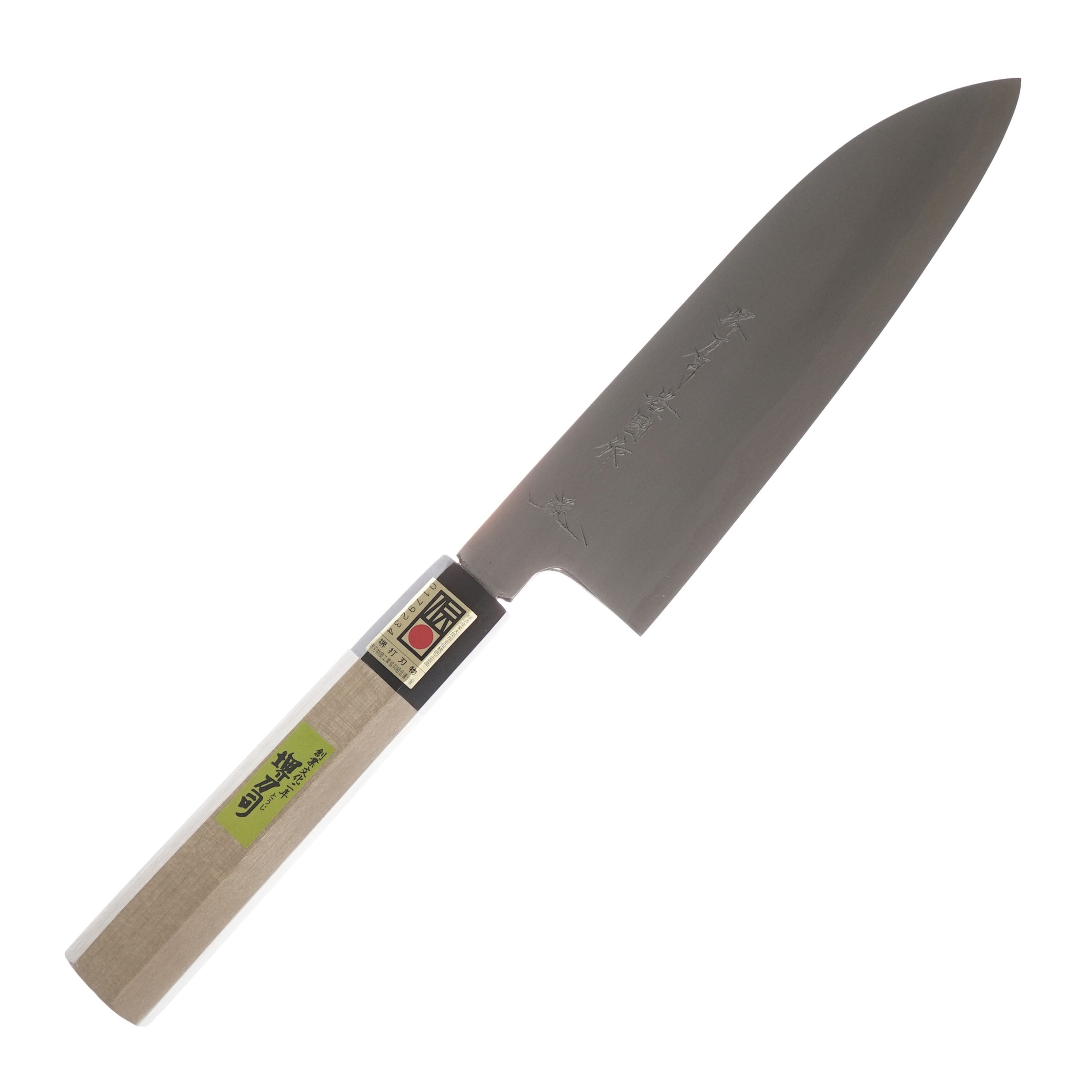