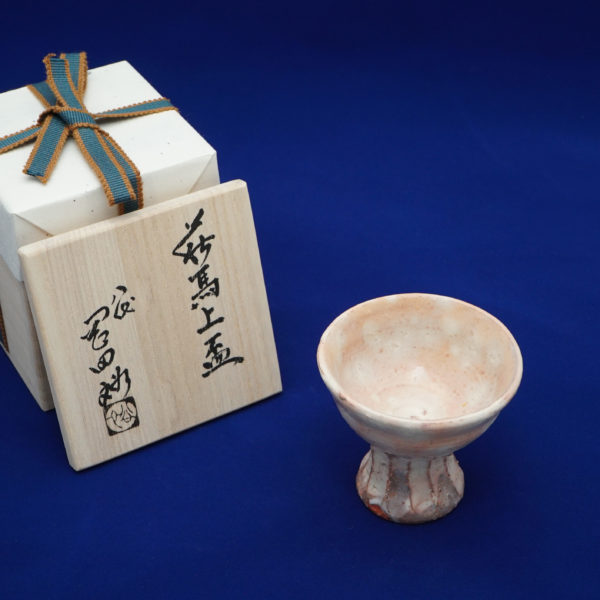 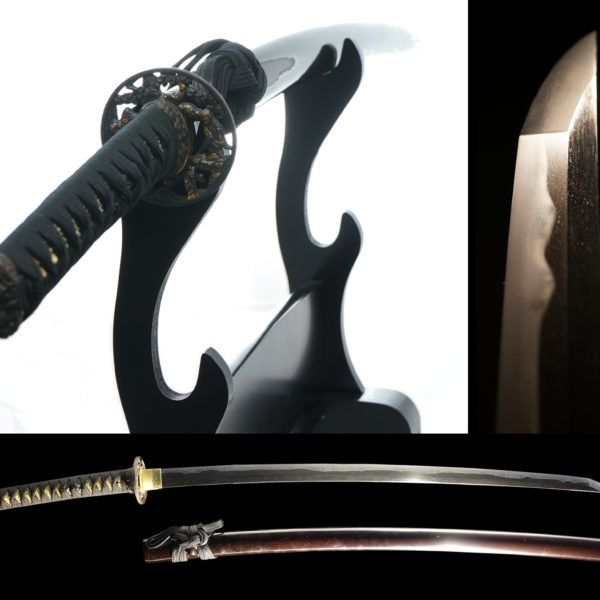 The Sake cup of Satsuma-Yaki are made to drink Shochu. Ether barley Shochu or sweet potato Shochu are brewed to drink mixed with cold water or hot, so bottles are made bigger them usual. (about 500ml) Tumbler included in set are made to drink direct without using Tokkuri (bottle) and Ochoko (small cups). The color of traditional Kuro Satsuma potteries become more deep and shiny with long as keep used.

Satsuma Yaki (Satsuma ware)
Place of production: Kagoshima Prefecture
The story: Korean potter Boku-Heii, Kinkai were invited to Satsuma domain and started making potteries. There are mainly two types of Satsuma Yaki; white and black Satsuma. White Satsuma also known as “Shiromon” was specifically made from the feudal lord(Daimyo). Daimyo loved white color potteries such like Arita or Seto but the material called “feldspar” was not able to yield in Satsuma, therefore, white clay was used instead.
Black Satsuma, on the other hand, was made for common people’s daily use. The ingredient to make this pottery came from Satsuma’s natural soil that contains volcanic ash. After being heated, the pottery becomes black because it contains a high percentage of iron.
One of the famous black Satsuma work is called Kurojyoka, which is an earthenware teapot normally used to drink Shochu(one type of Japnese alcohol). In1867, Satsuma was recognized worldwide after Shimazu clan exhibited Satsuma-Yaki to Exposition Universal in Paris, France where people from Europe were fascinated by these “SATSUMA” potteries.