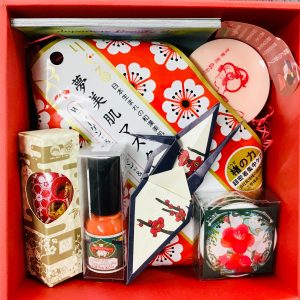 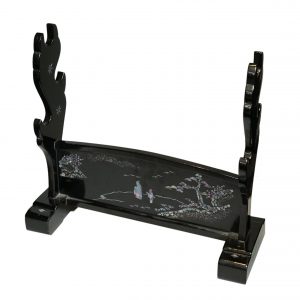 Do you know Ninja?
Do you know the difference between Ninja and Samurai?
Simply put, Ninja is an assassin and Samurai is a soldier.
This is a replica of the weapon used by Ninja.
Why don’t you become Ninja?

Tekkou-Kagi (Replica: Made by Alloy) 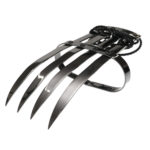 This weapon is used to attack the opponent, when climbing a wall, or to prevent the opponent from attacking.

Kusari-Gama (Replica: Made by Alloy) 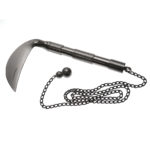 A weapon that strikes a weight against an enemy, entangles a chain with an opponent’s weapon or limb to prevent movement, and slashes with a scythe. If you become an expert, you can smash the enemy’s skull with a single weight, the chain seals the opponent’s weapons and body, and the sickle becomes the deadly blade.

Shuriken (Replica: Made by Rubber) 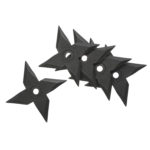 A weapon for suddenly throwing and hurting enemies. Because it is small and thin, it can be hidden, making it an ideal Ninja weapon. Instead of “throw a shuriken”, it is correct to “bit a shuriken”.