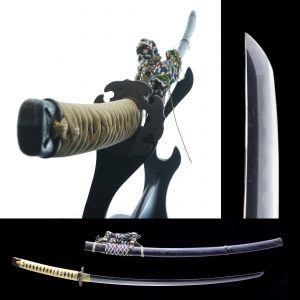 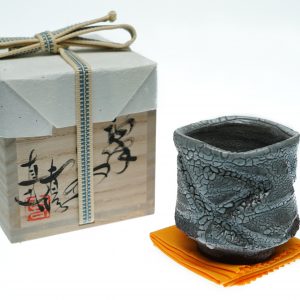 Kawakujira has a meaning for whale, outside of the cup as black skin of whale back, and white skin as belly. Traditional style of Karatsu Yaki. Looks simple but require highly skill of potter.