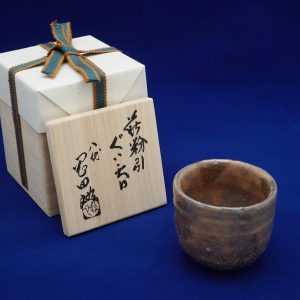 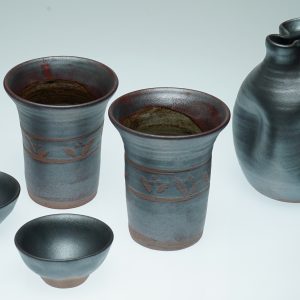 This shape of cup was made for Samurais on horse ride with one hand for cry of triumph.