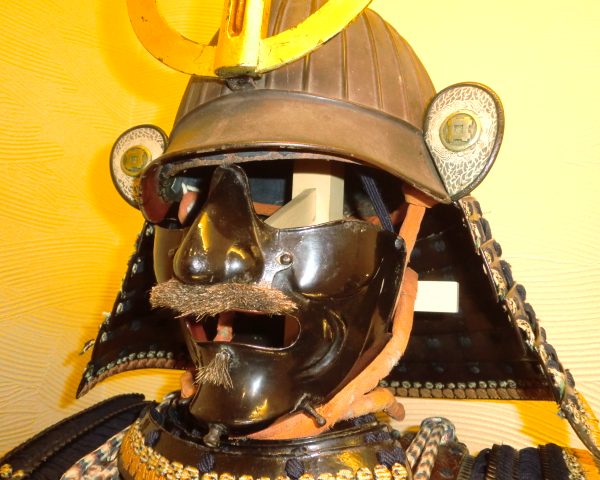 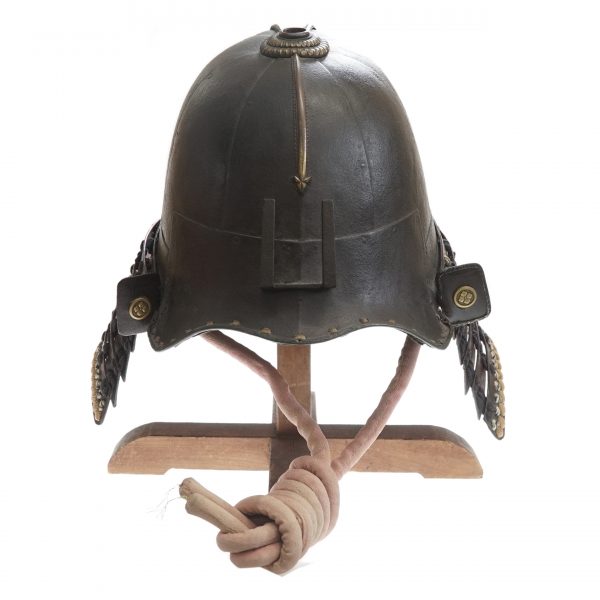 Kote is protection for arms and hands.
There is a cylindrical shaped fabric for each arm and iron chainmail and some iron plates are attached to increase its strength.

During the Kamakura period, Most of Samurai used Katagote(Armed sleeve for only left arm ) to shoot arrows on horseback. However, when Samurai started to fight with swords such as Katana on the ground more frequently in the Nanbokucho Period, Morokote(Armed sleeves for both arms) became the mainstream because of its utility. 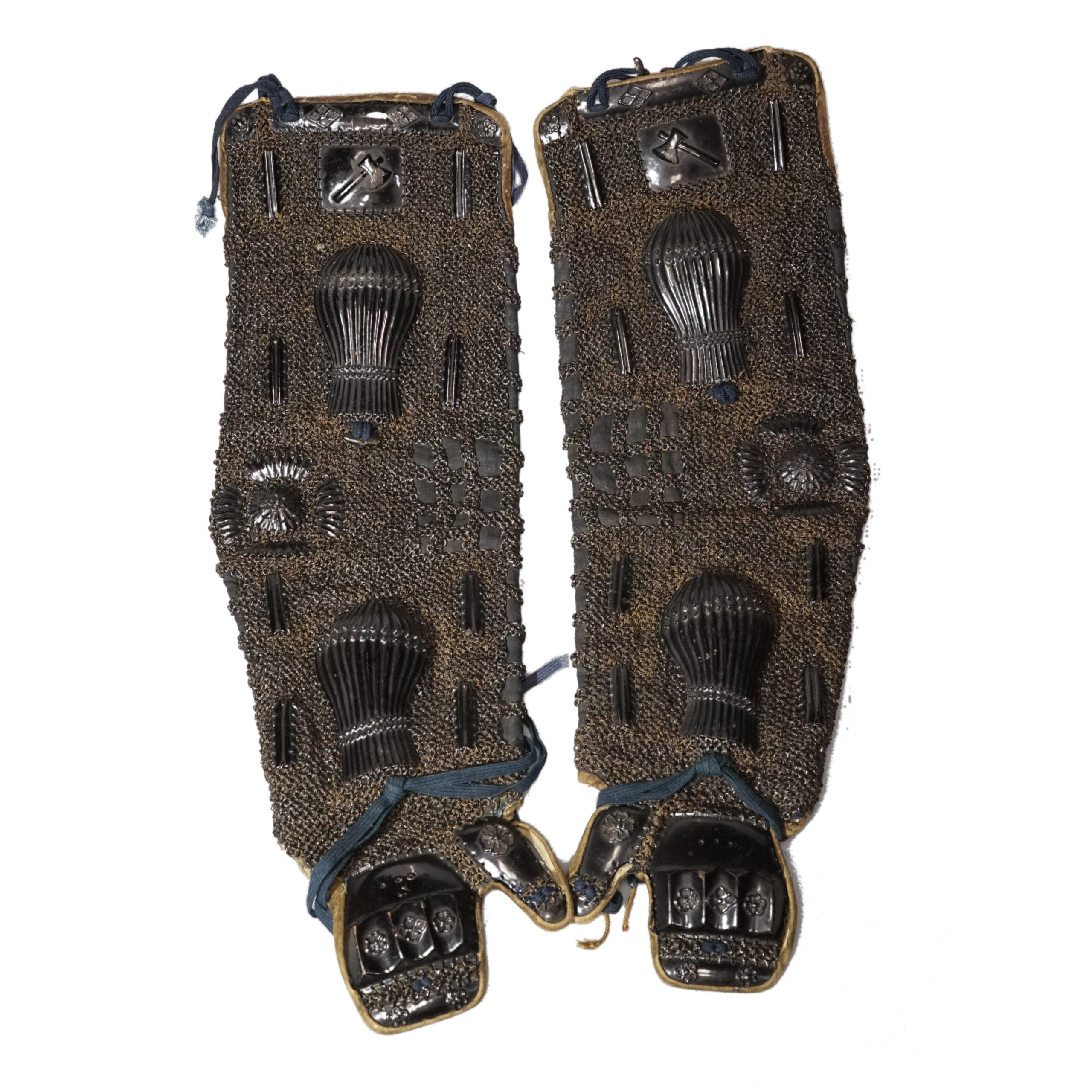 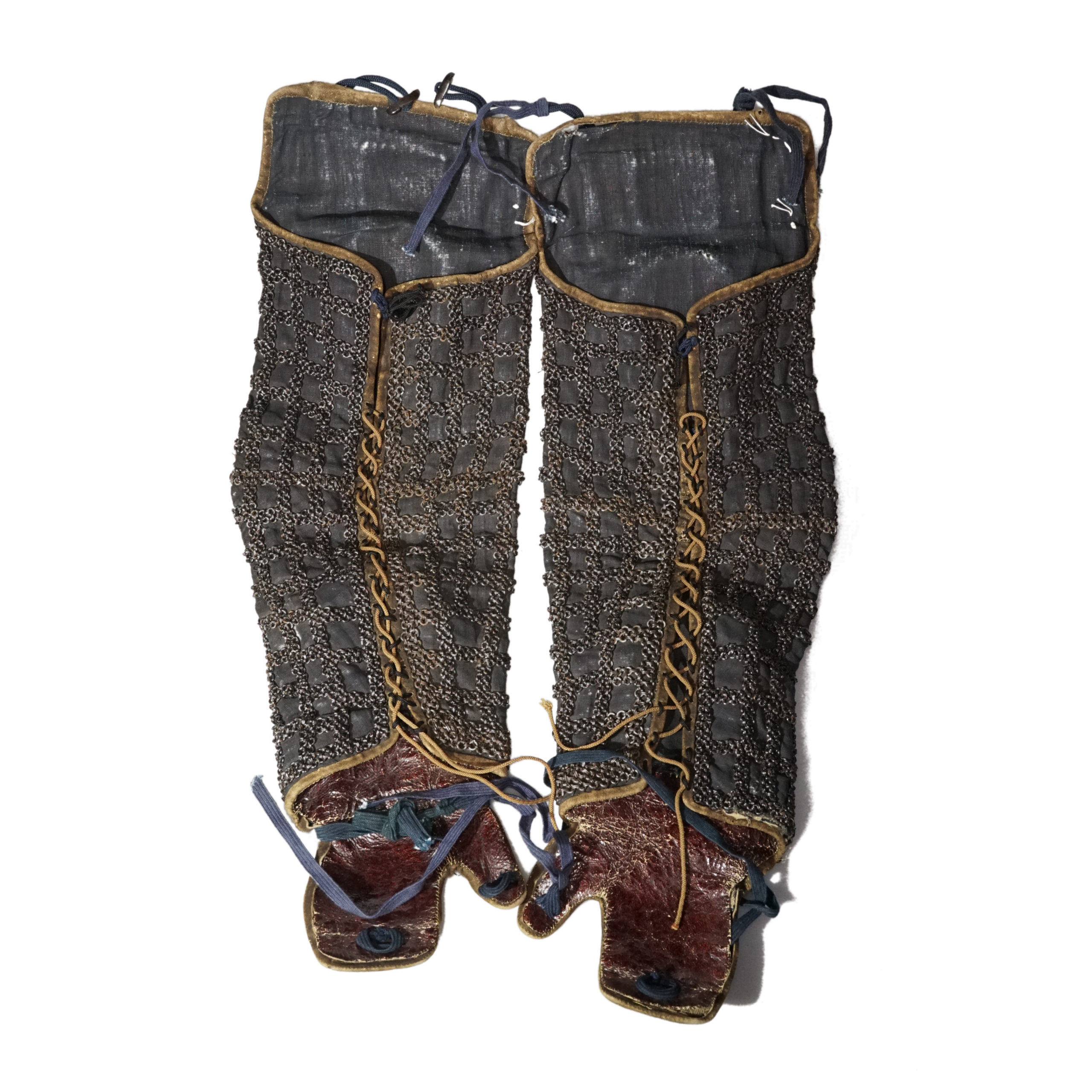 This Kote was approximately made in the late Edo period. The fabric part was dyed with indigo blue, which was a winning color for Samurai. On top of the fabric part, there are beautiful chain mails. The hand protection is made of iron and coated with lacquer. And it has plum paddle decoration. Interestingly, the leather was used inside these sleeves so that Samurai could wear them more comfortably. 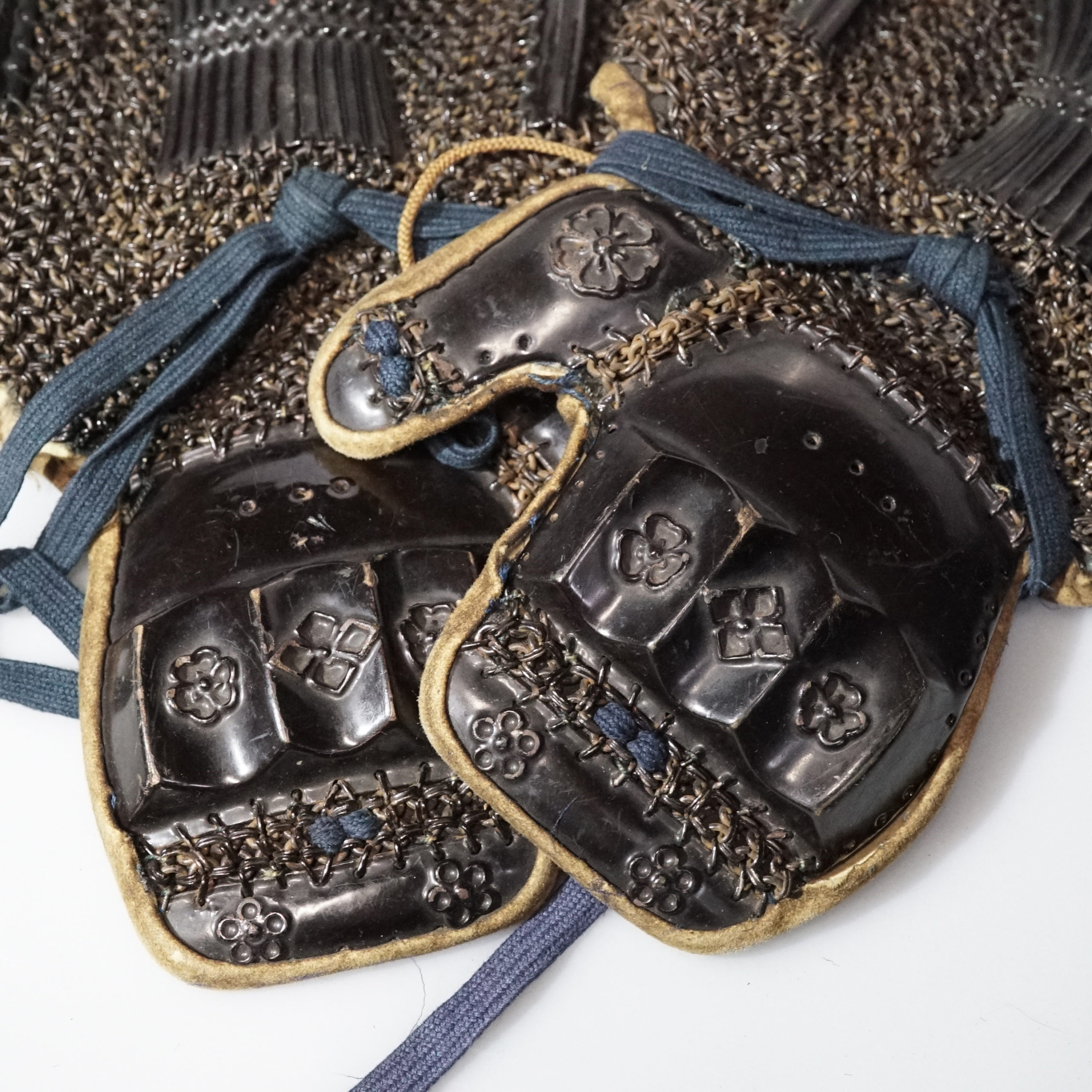 Haidate is the thigh guard of Samurai armor(Yoroi). It was called Hiza Yoroi(Thigh armor). It is said that Haidate appeared in the Nanbokucho Period.

This Haidate was also made around the Edo period. It was made of the same material as the Kote. 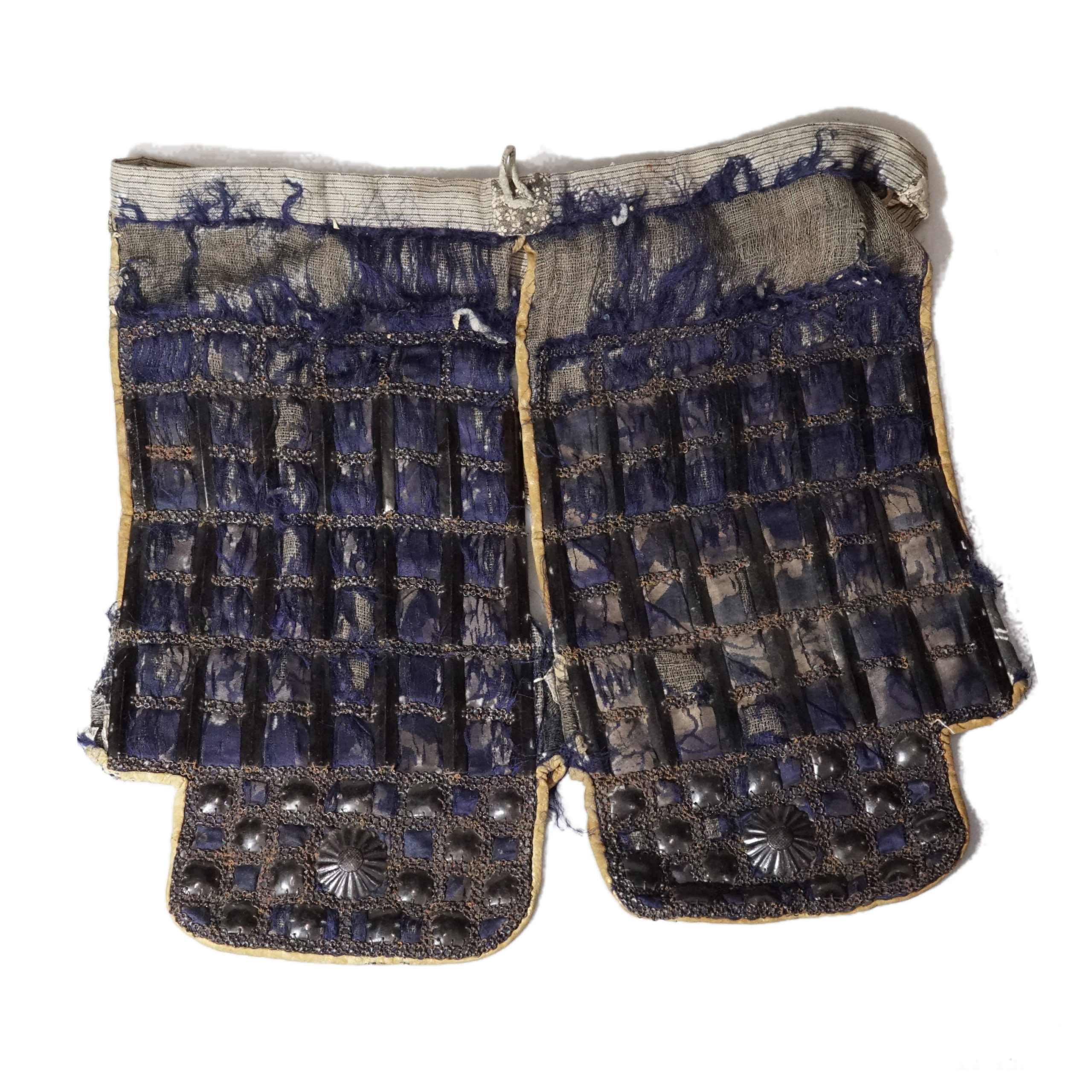 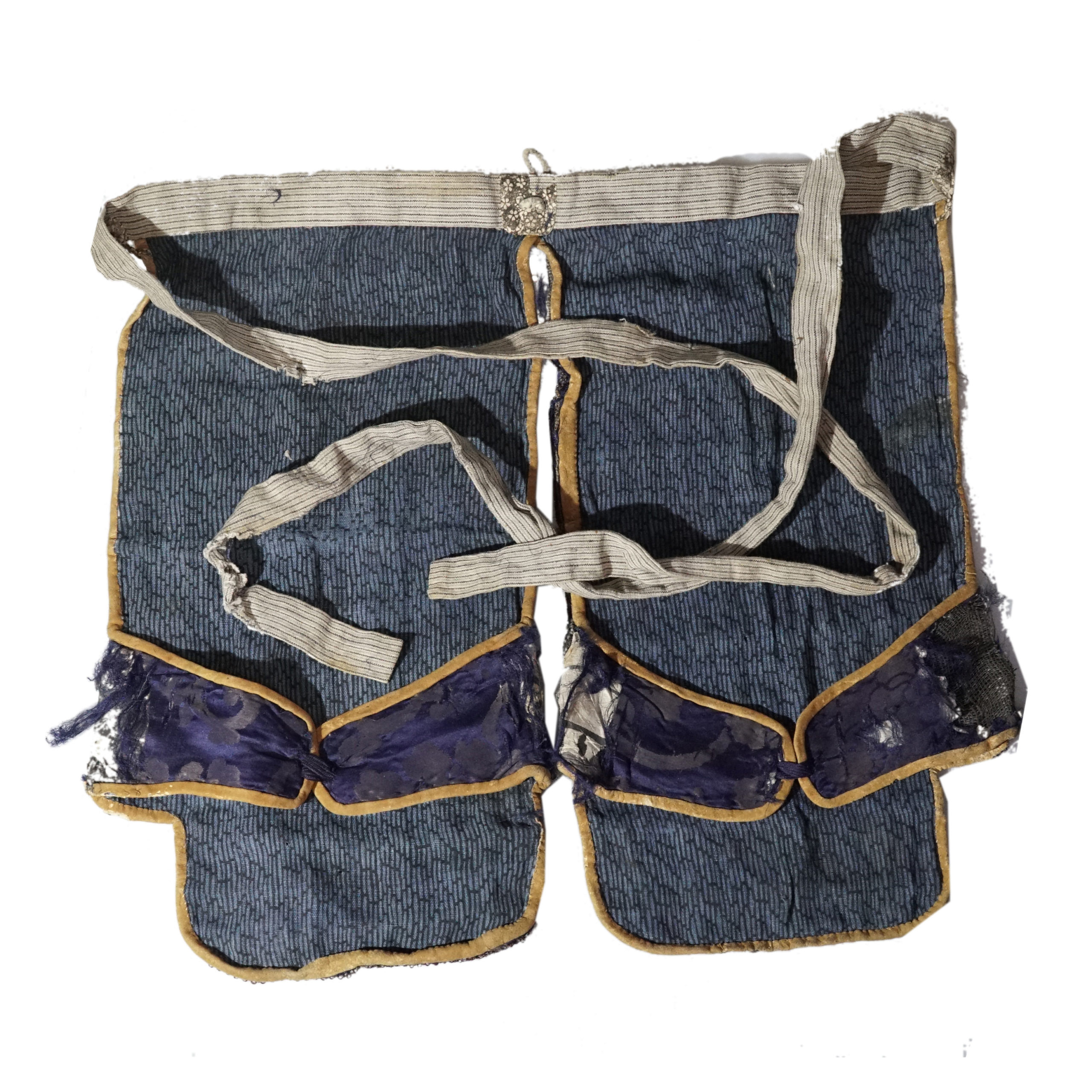 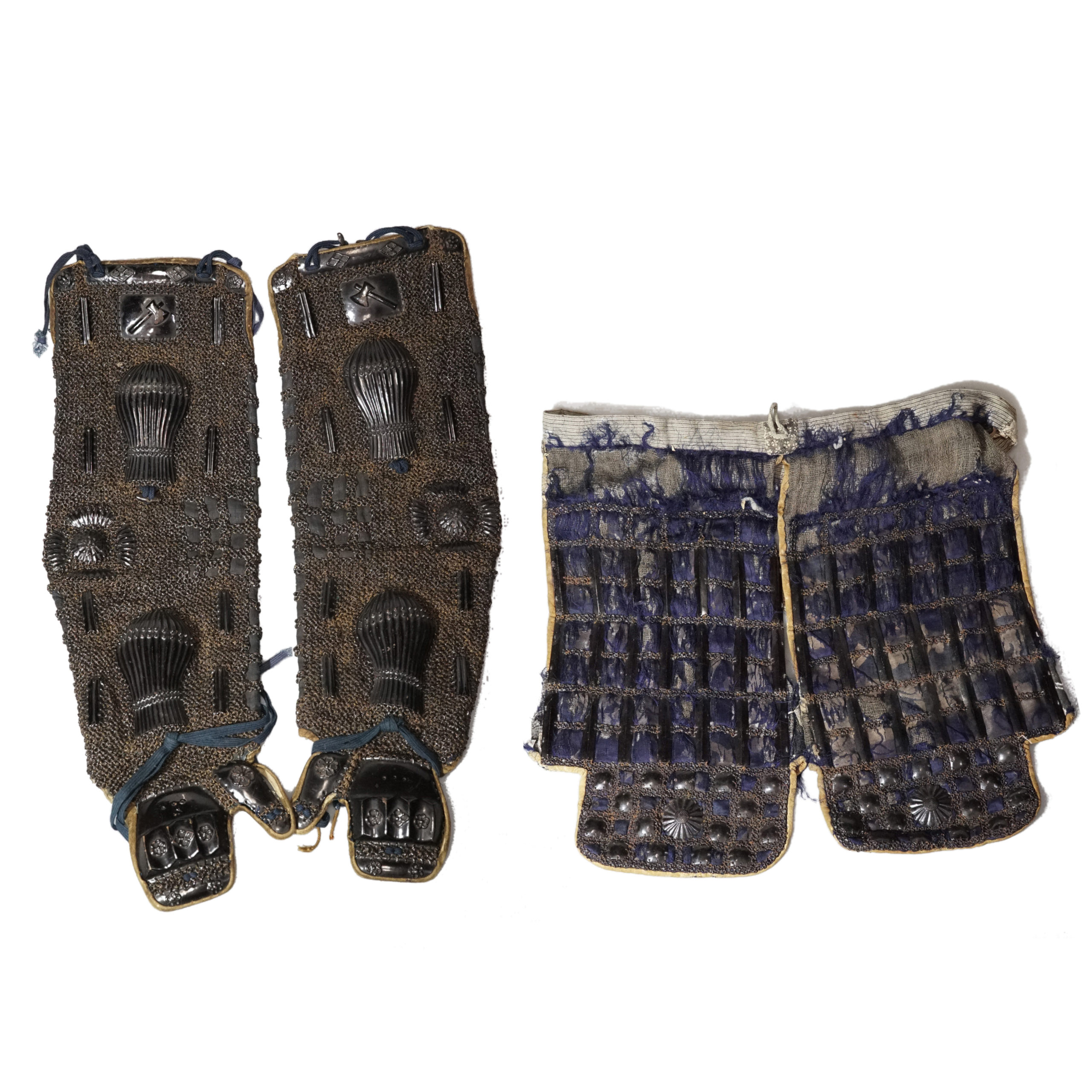