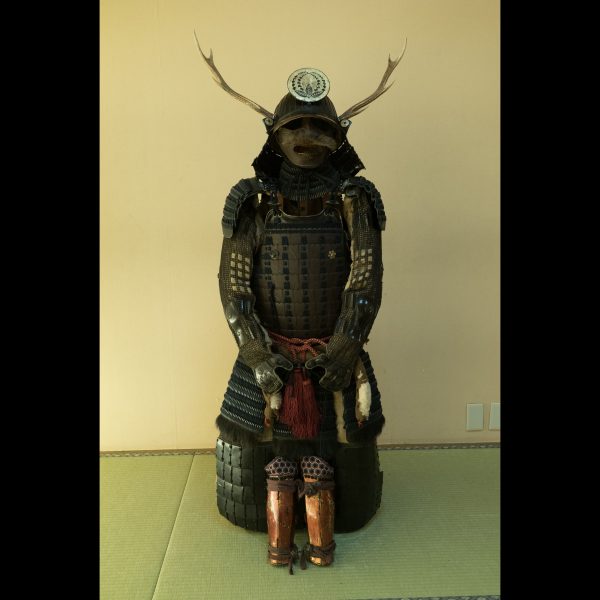 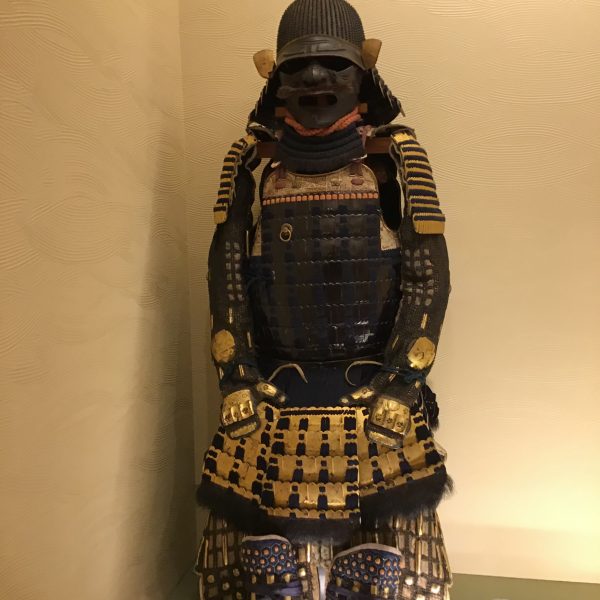 *The armor comes with the storage box but it does’t come with the helmet stand in the picture.

The helmet was made in the early Edo period based on the signature on it. It was signed by Munemitsu(宗光) from Myochin school, a famous armor-making school that has been continuing for generations. Today, 25th master of Myochin still produces Samurai armor.

Suji Kabuto used many small riveted iron plates to form its shape. This helmet used Hakken (eight in Japanese) iron plates.The surface is Tetsusabiji style, which only applied lacquer for paint base for the iron not to get rusty. It looks less shiny than normal lacquered surface. 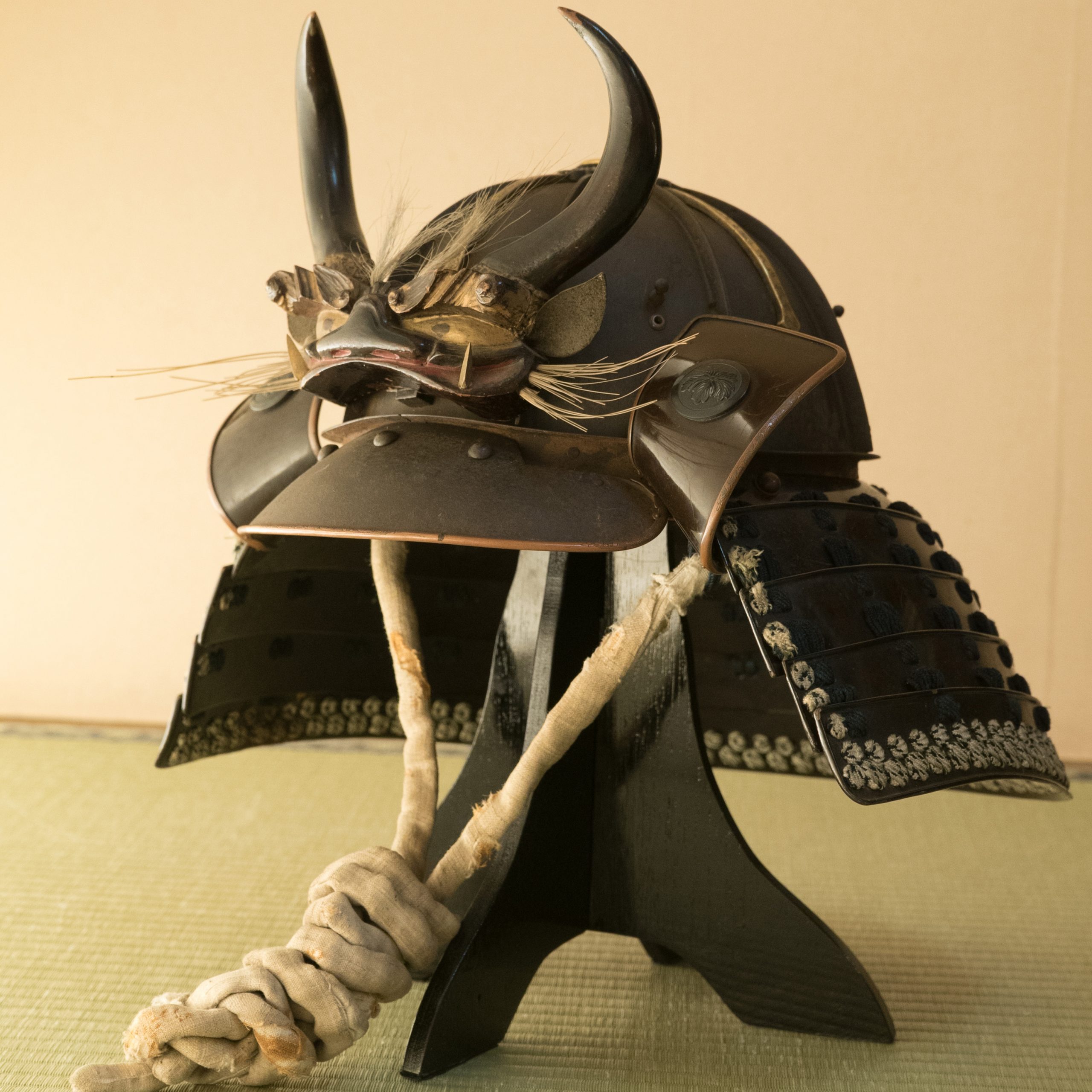 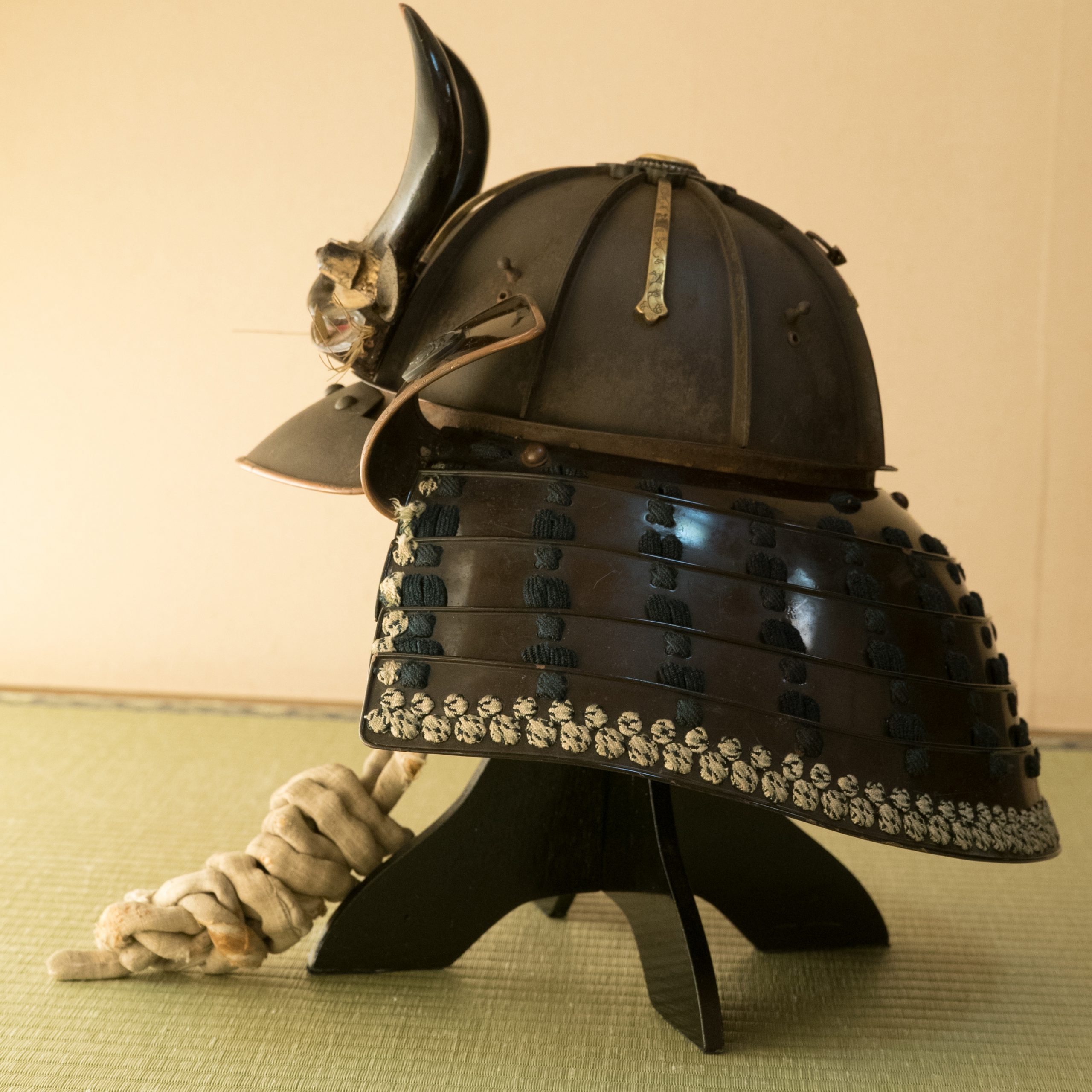 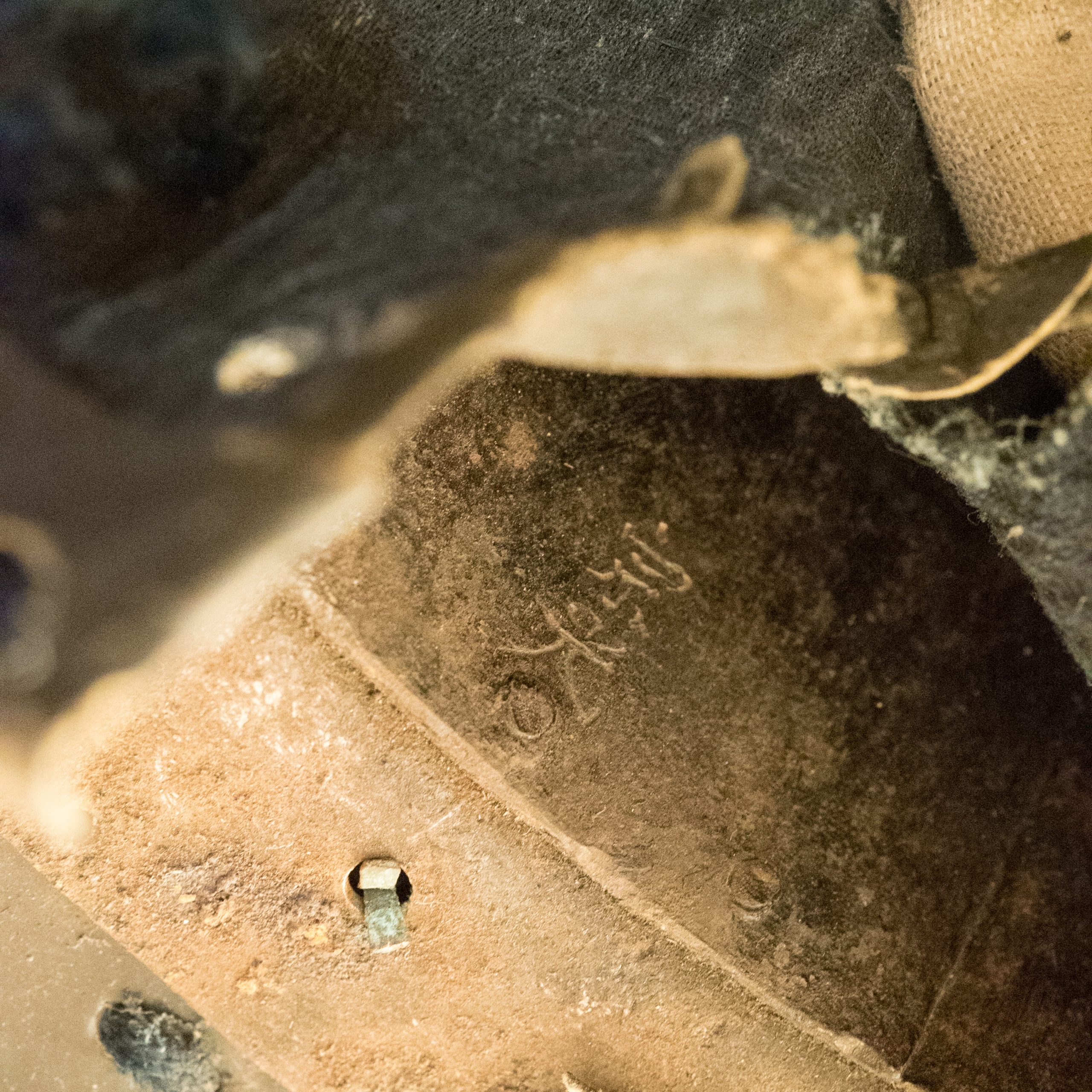 There is a family crest whose design is circle and ivy(Tsuta) on Fukikaeshi(small ear-shape thing sticking from the helmet).
Ivy family crest is known as one of the ten most common family crests in Japan. Ivy is a climbing plant, and it spreads through other plants or buildings. It is regarded as a strong vitality and often used as a design of Japanese family crests. The letter of 蔦(Tsuta) means ivy in Japanese. This Kanji letter is a combination of flourishing plants and flying birds in the sky, signifying good luck.
Famous feudal clan, To-Do(藤堂) family, also used this family crest. And Matsudaira family, a relative of Tokugawa shogun family, also used a similar crest. 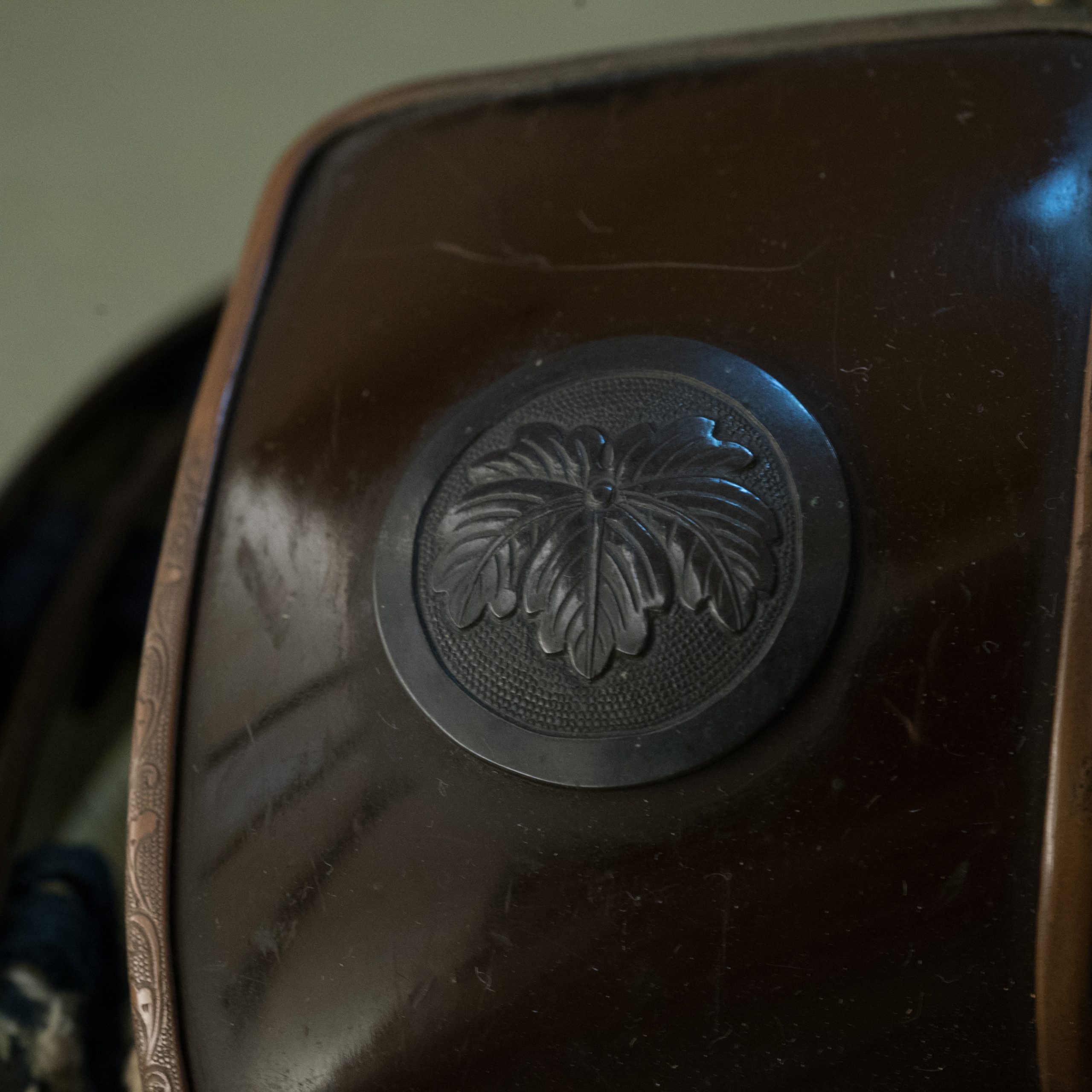 The front decoration(Maedate) is made of wood. Its design is Shikami(獅子噛 or 魅). Shikami is the head part of Shishi, a mythological animal that looks like a demon. It was one of the most popular theme for the design of Samura helmet, armor and so forth. 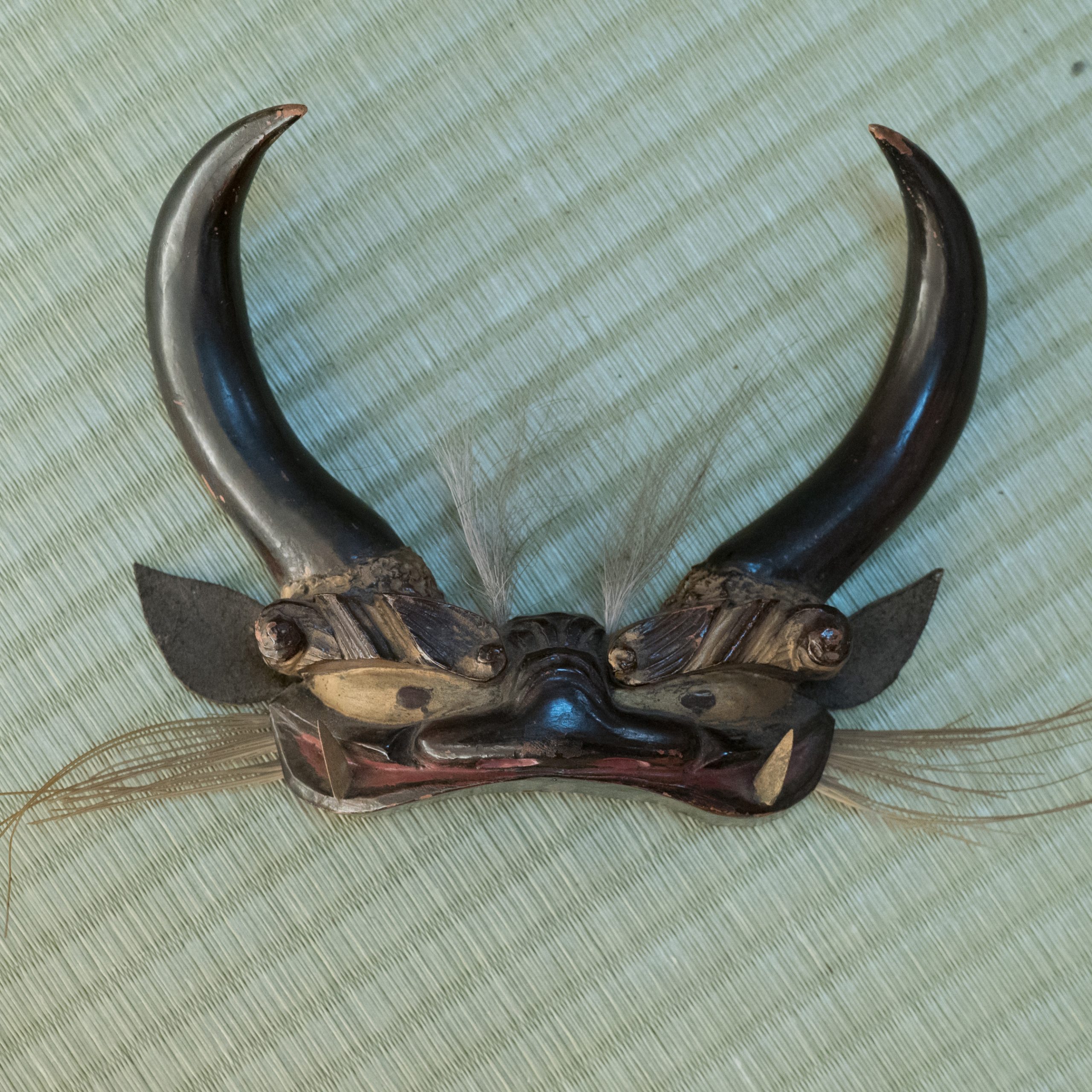 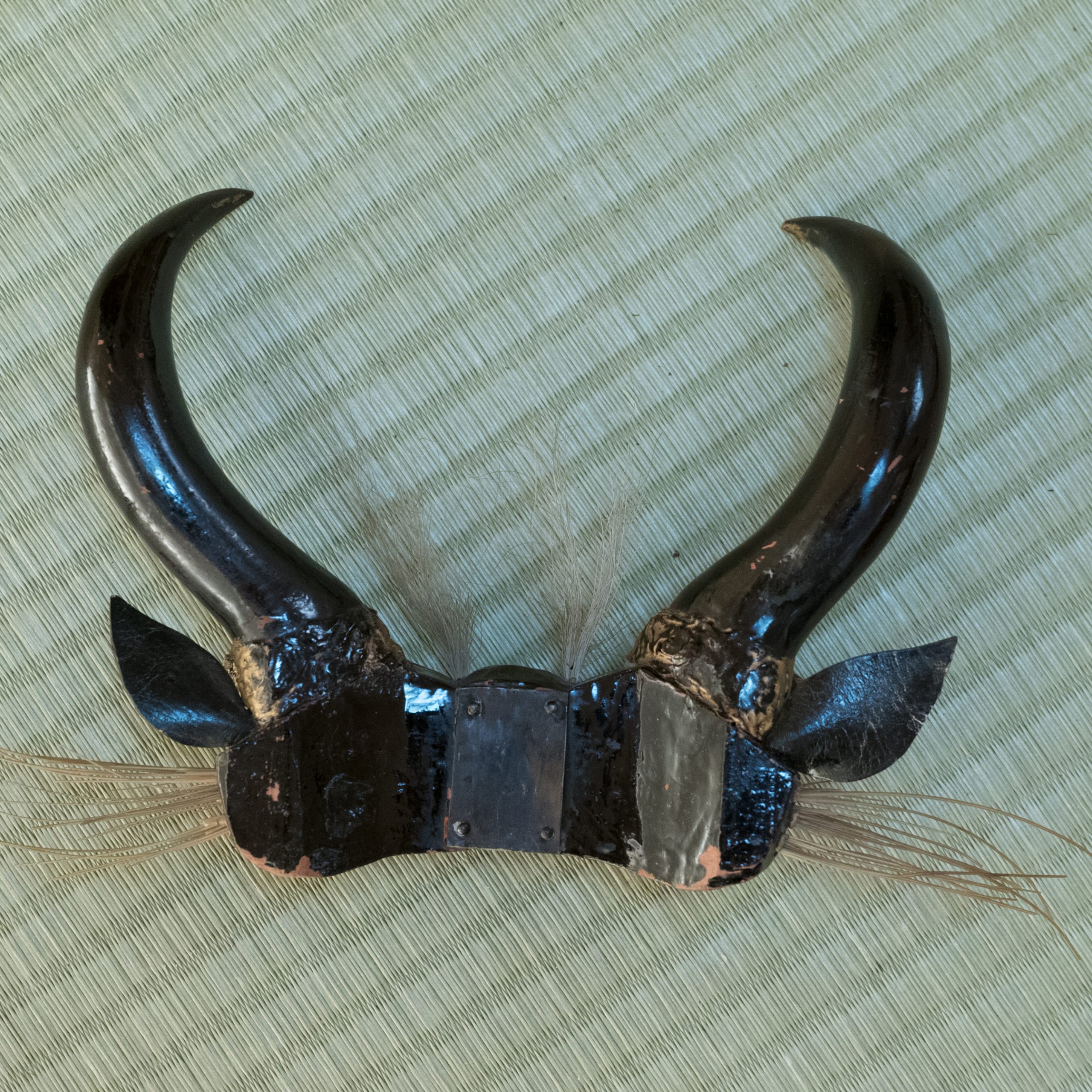 ■Menpo(face guard):Tsubakurobo(Half mask)
Tsubakurobo means half-face guard that protects the wearer’s chin and cheek. The name of Tsubakurobo comes from the fact that its shape resembles a flying swallow(Tsubame in Japanese.) 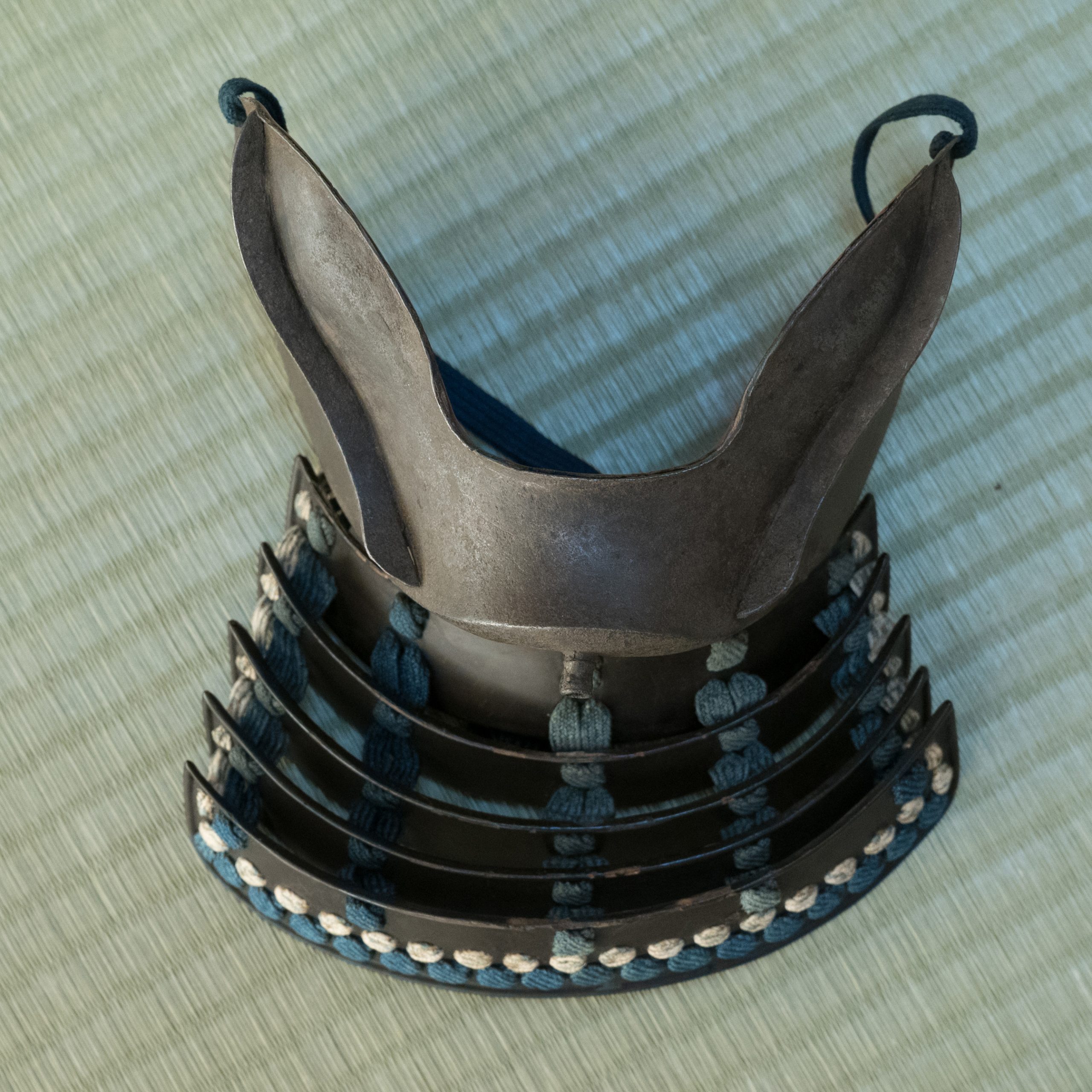 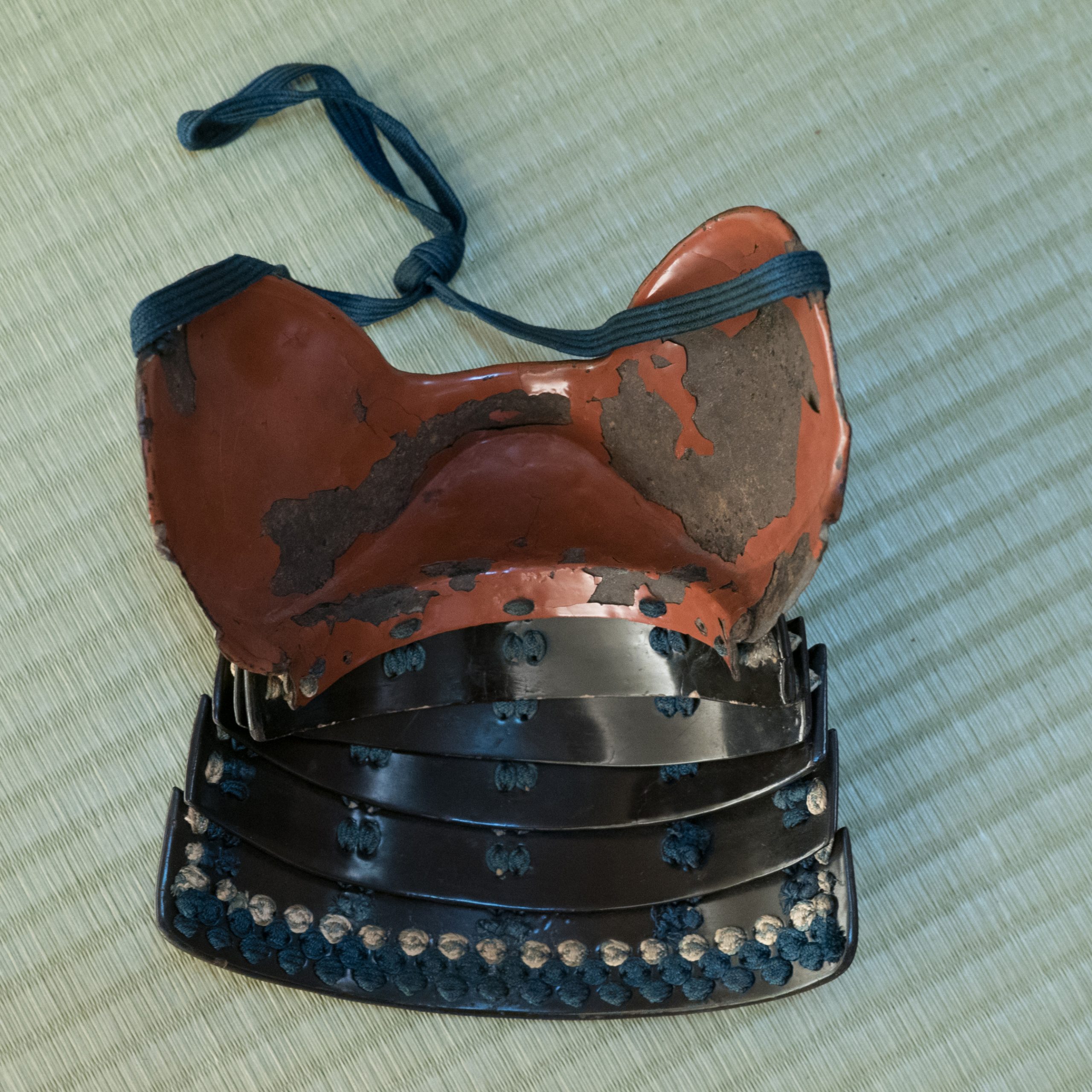 ■Do(Cuirass):
Tetsusabiji 5 iron-plated Okegawa Do laced with navy blue thread. Instead of using a large number of small lamellar plates called Kozane, This cuirass used large rectangular shaped iron plates riveted.The name Okegawa came from the fact that the shape of this cuirass resembles the side(Gawa in Japanese) of Oke(Japanese wooden tub). 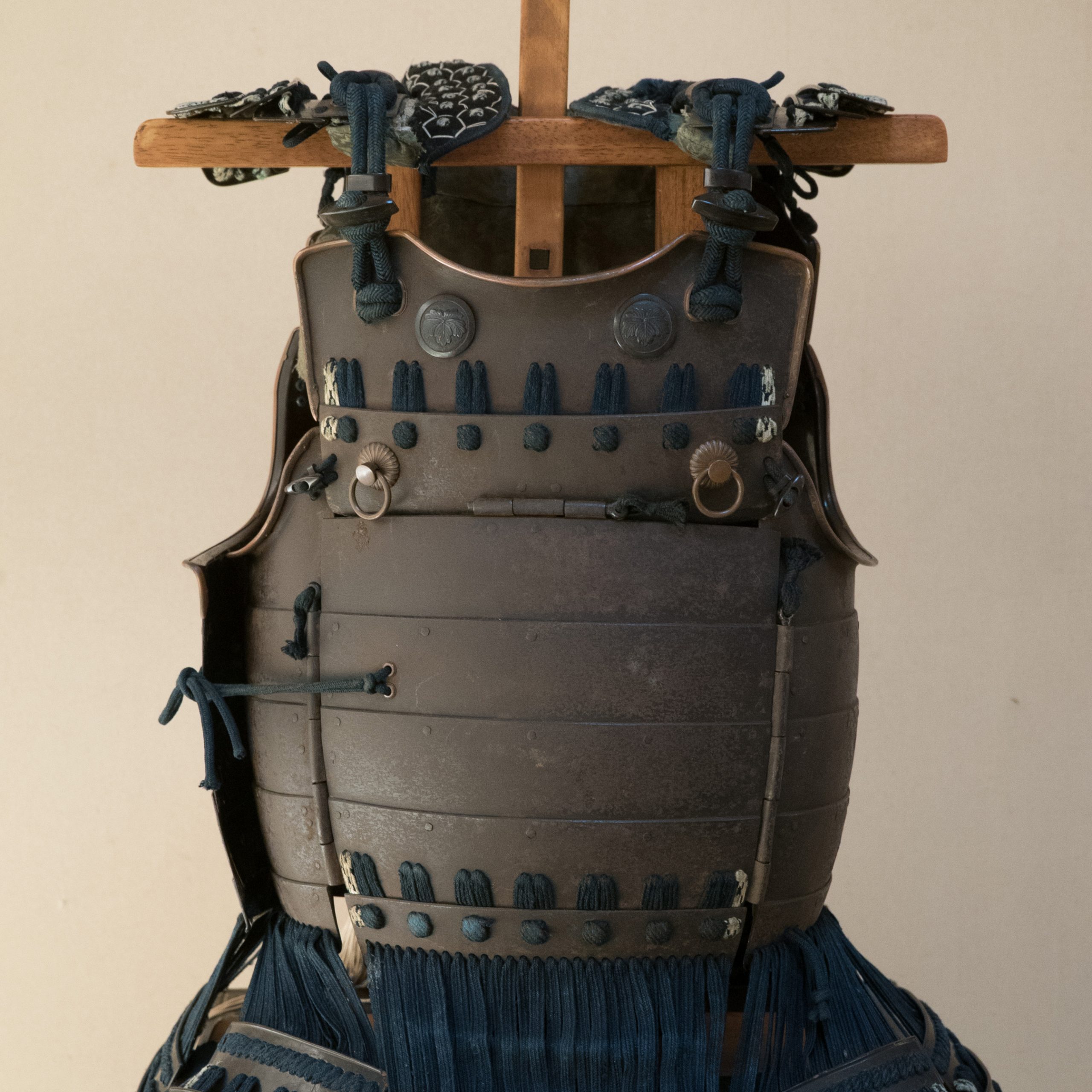 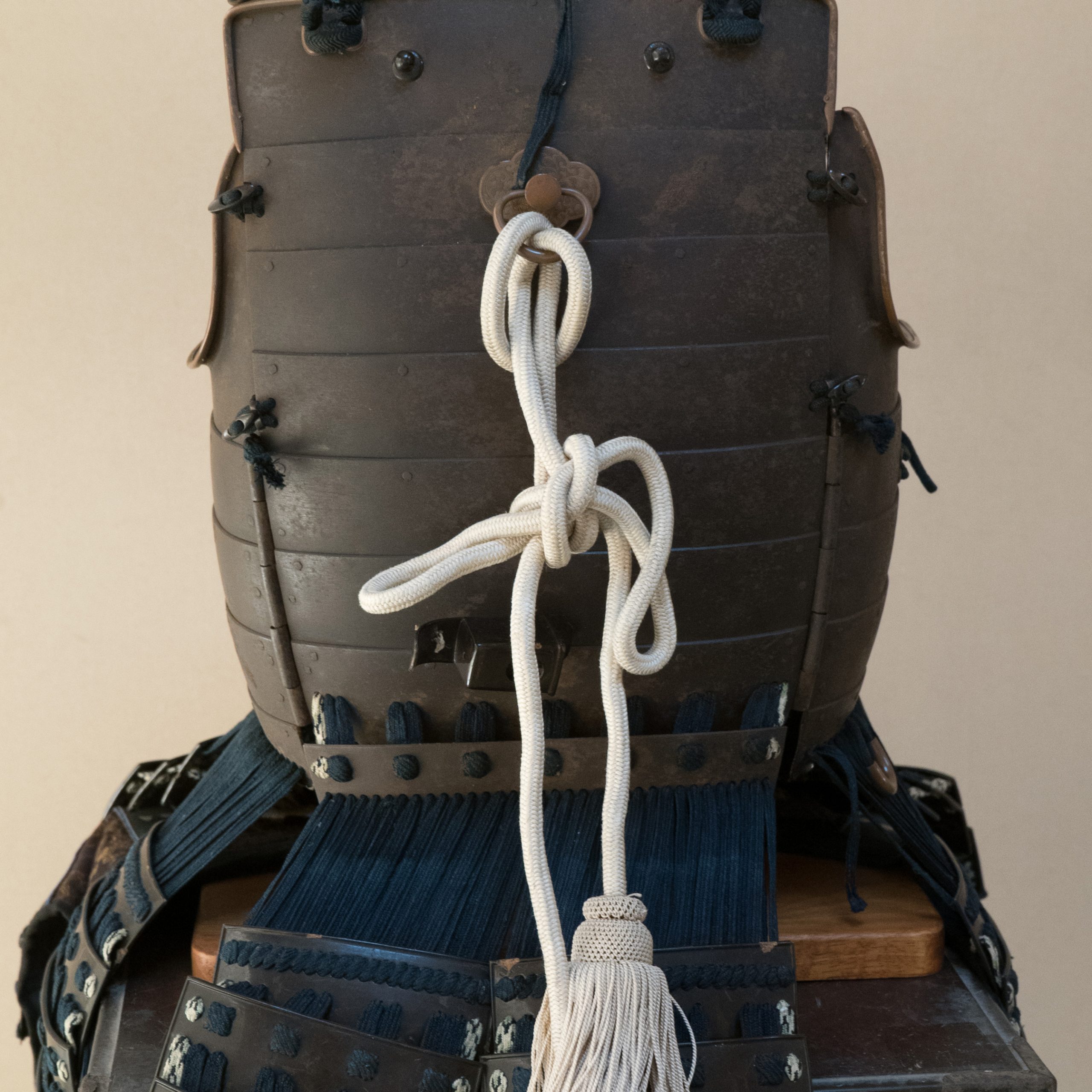 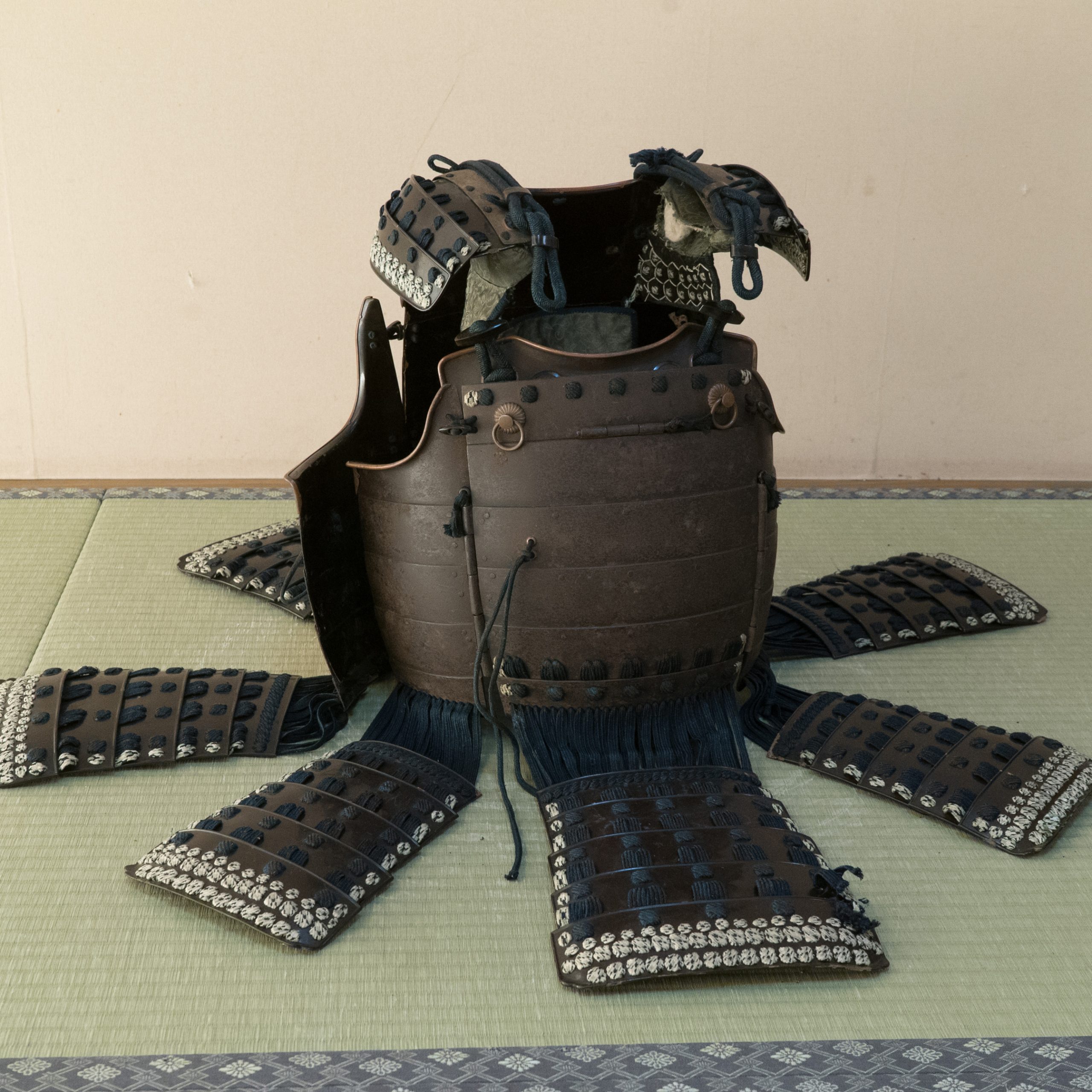 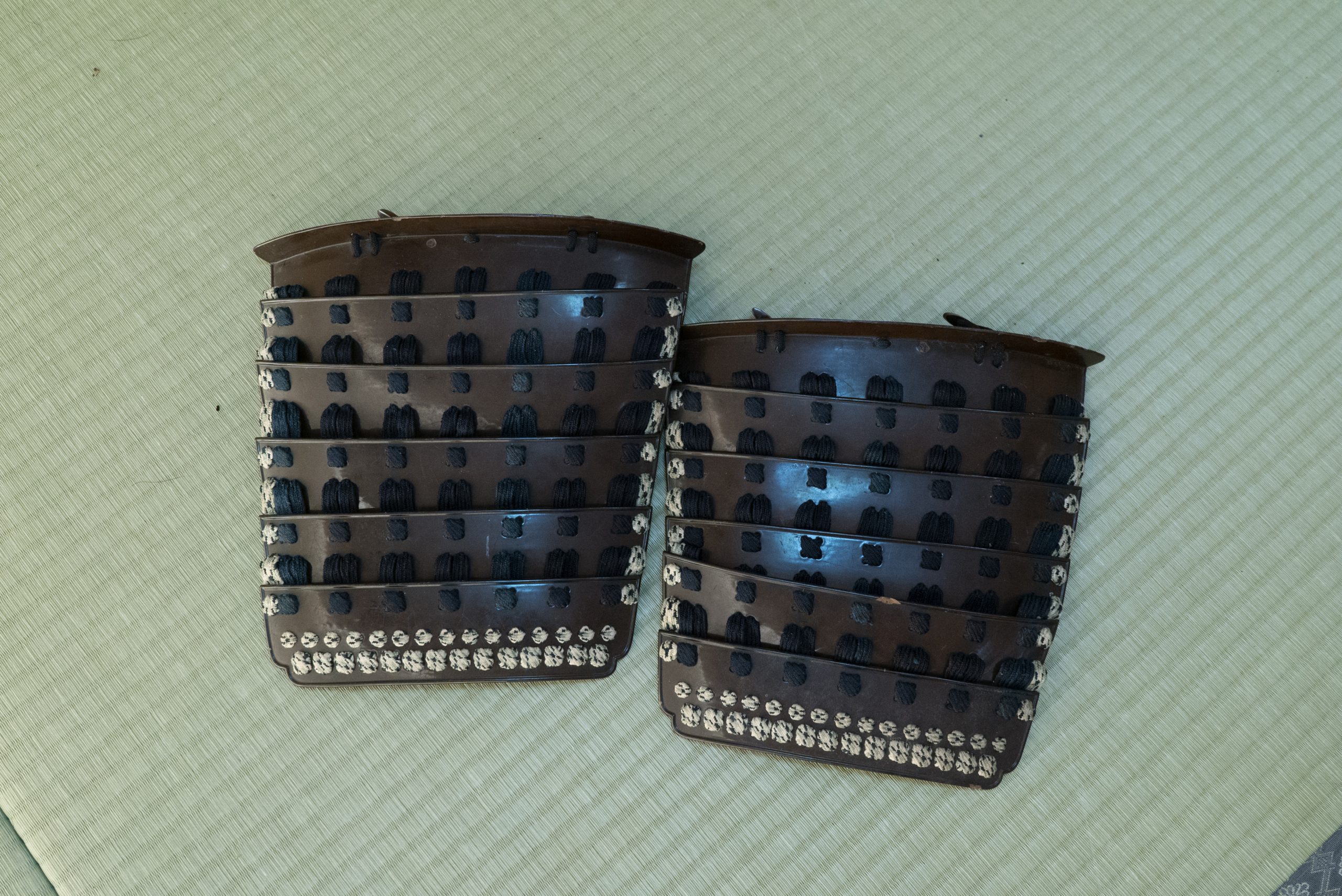 ■Kote(Armored sleeves): Intricate iron chain mail with silk and the hand guard is coated with lacquer 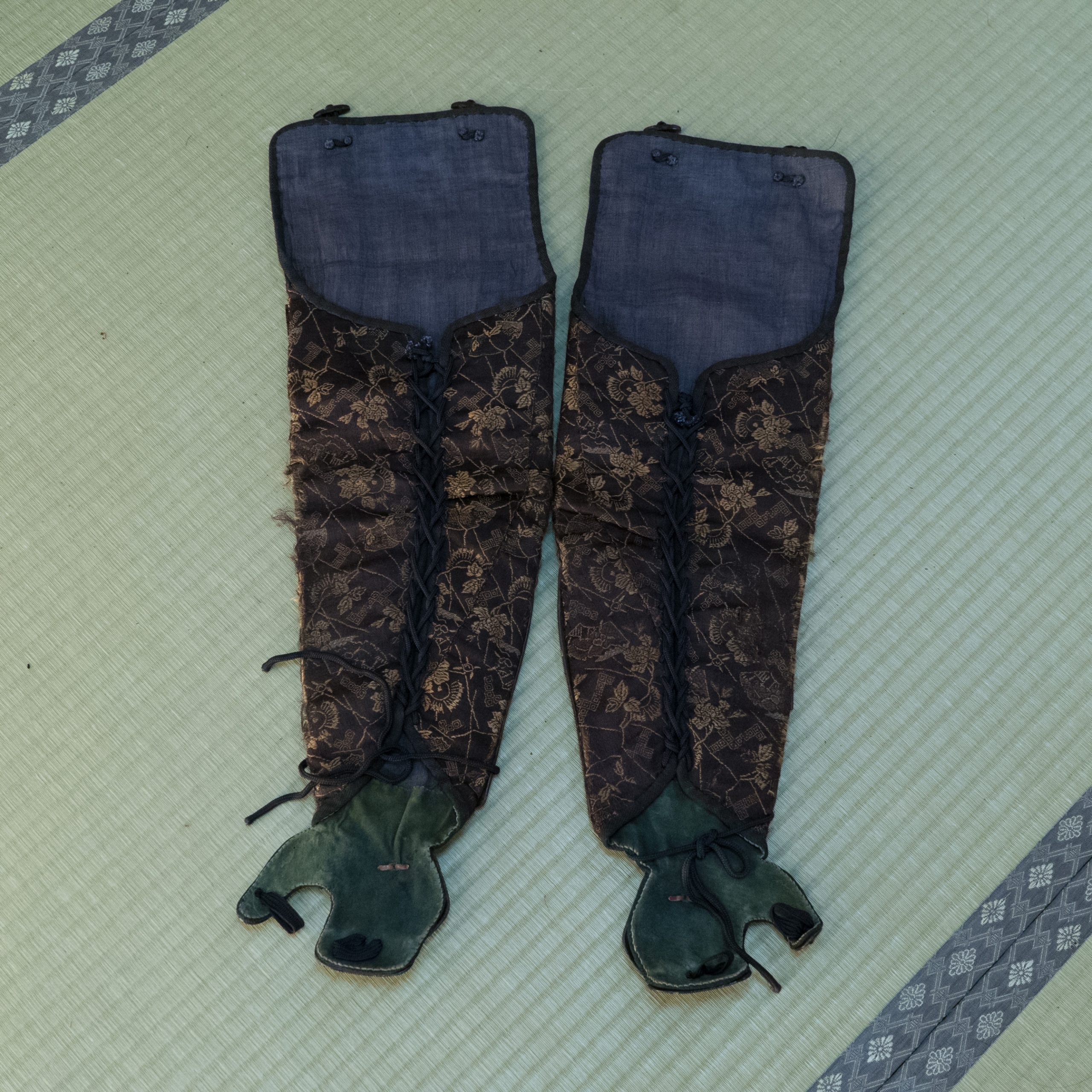 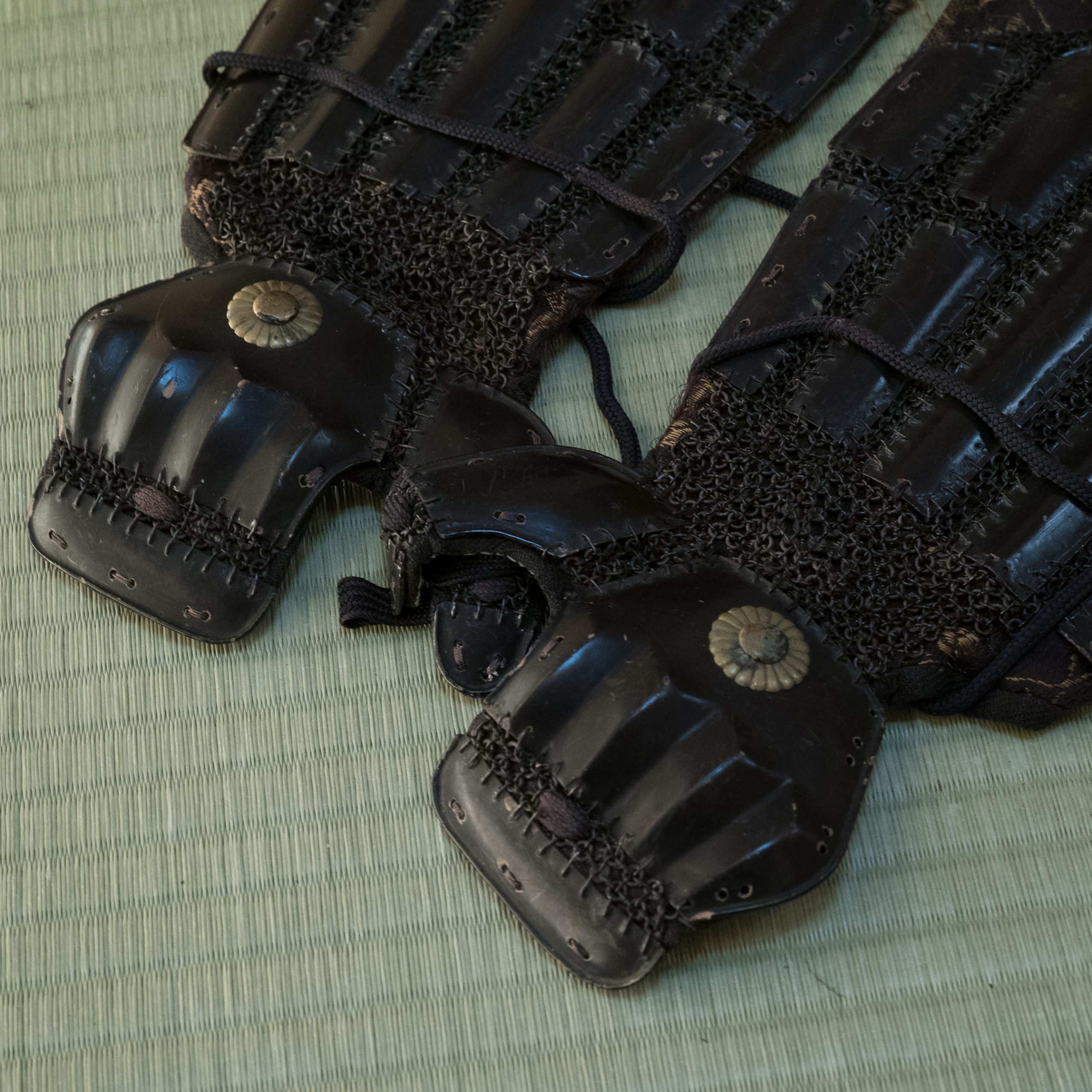 ■Haidate(thigh protection) :The same structure as the cuirass. 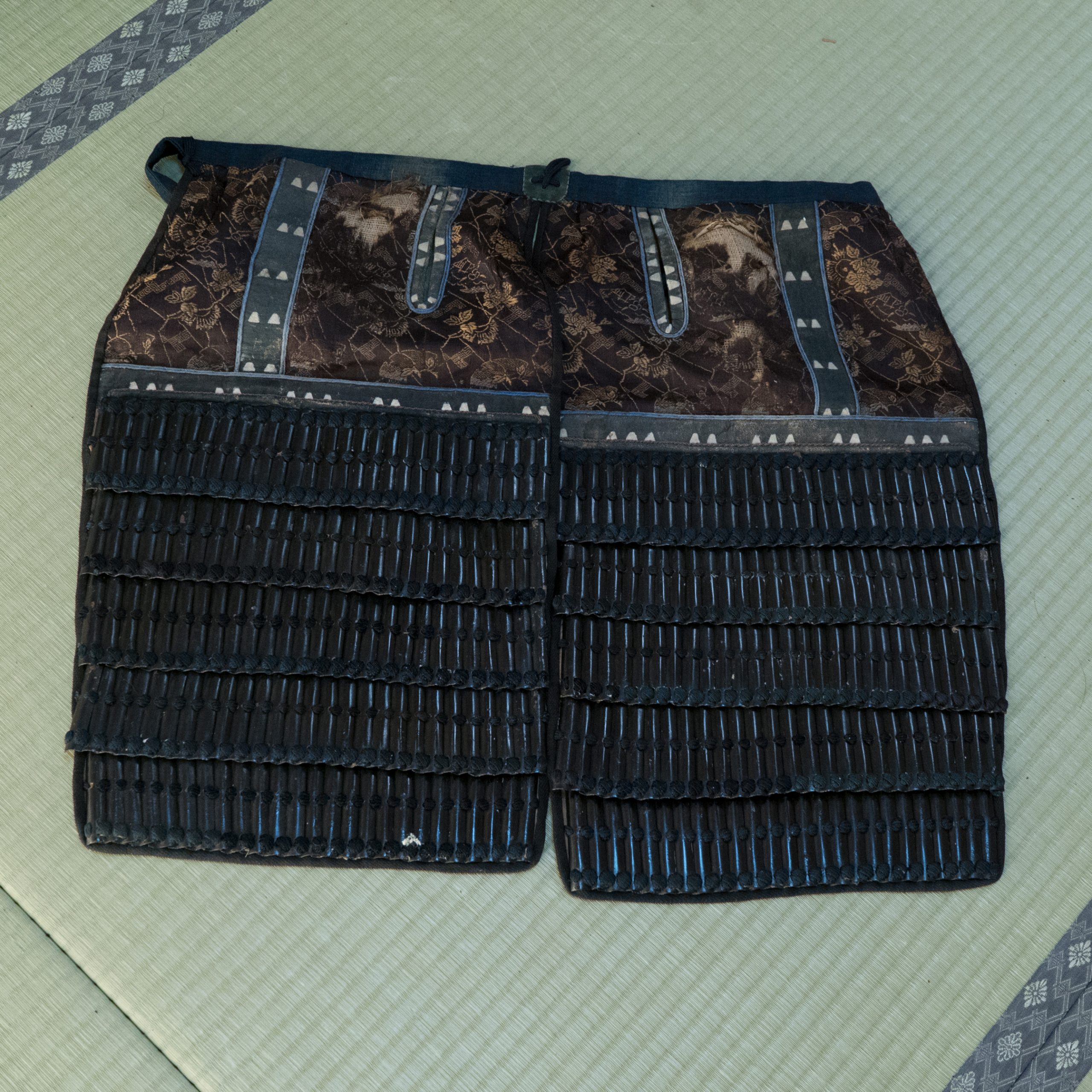 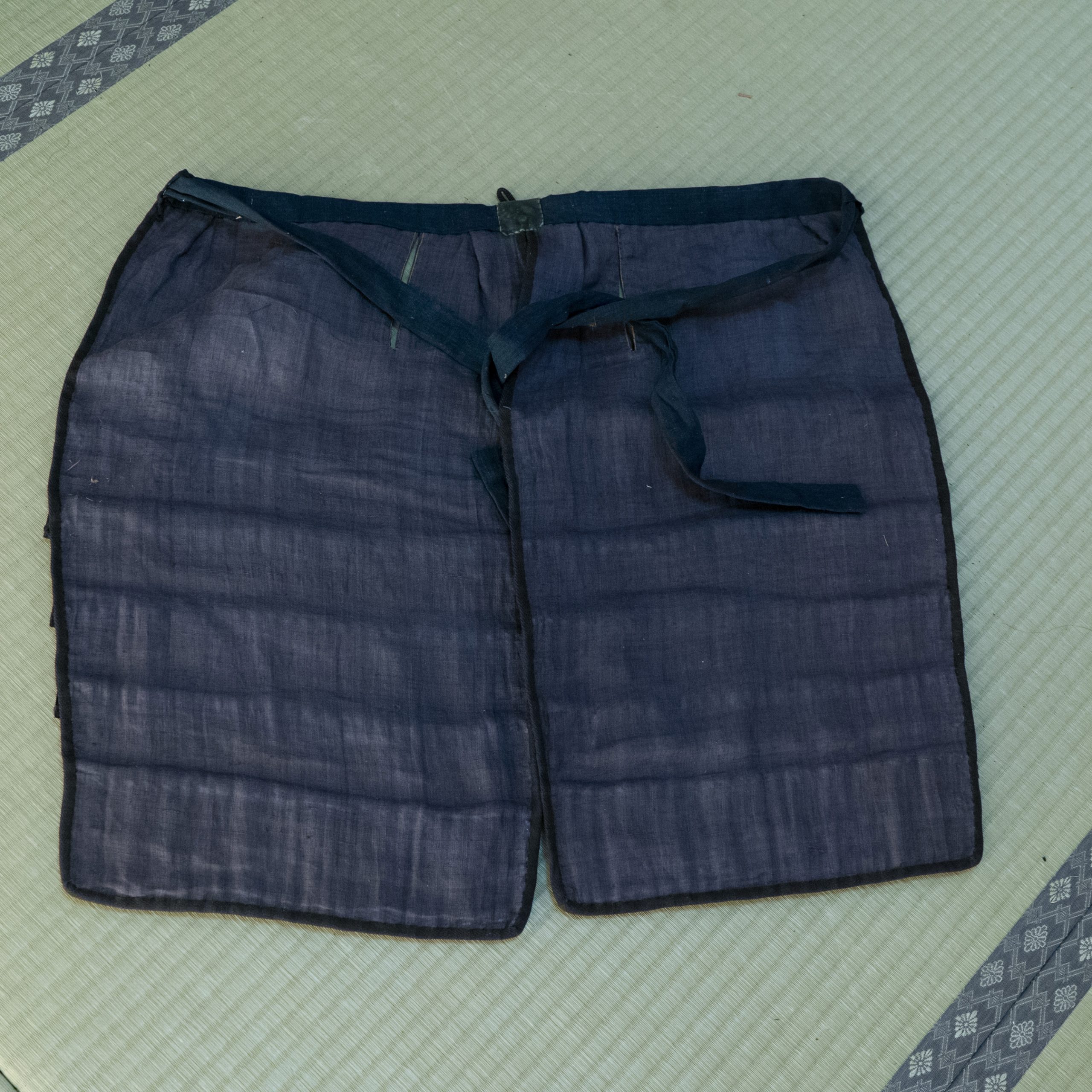 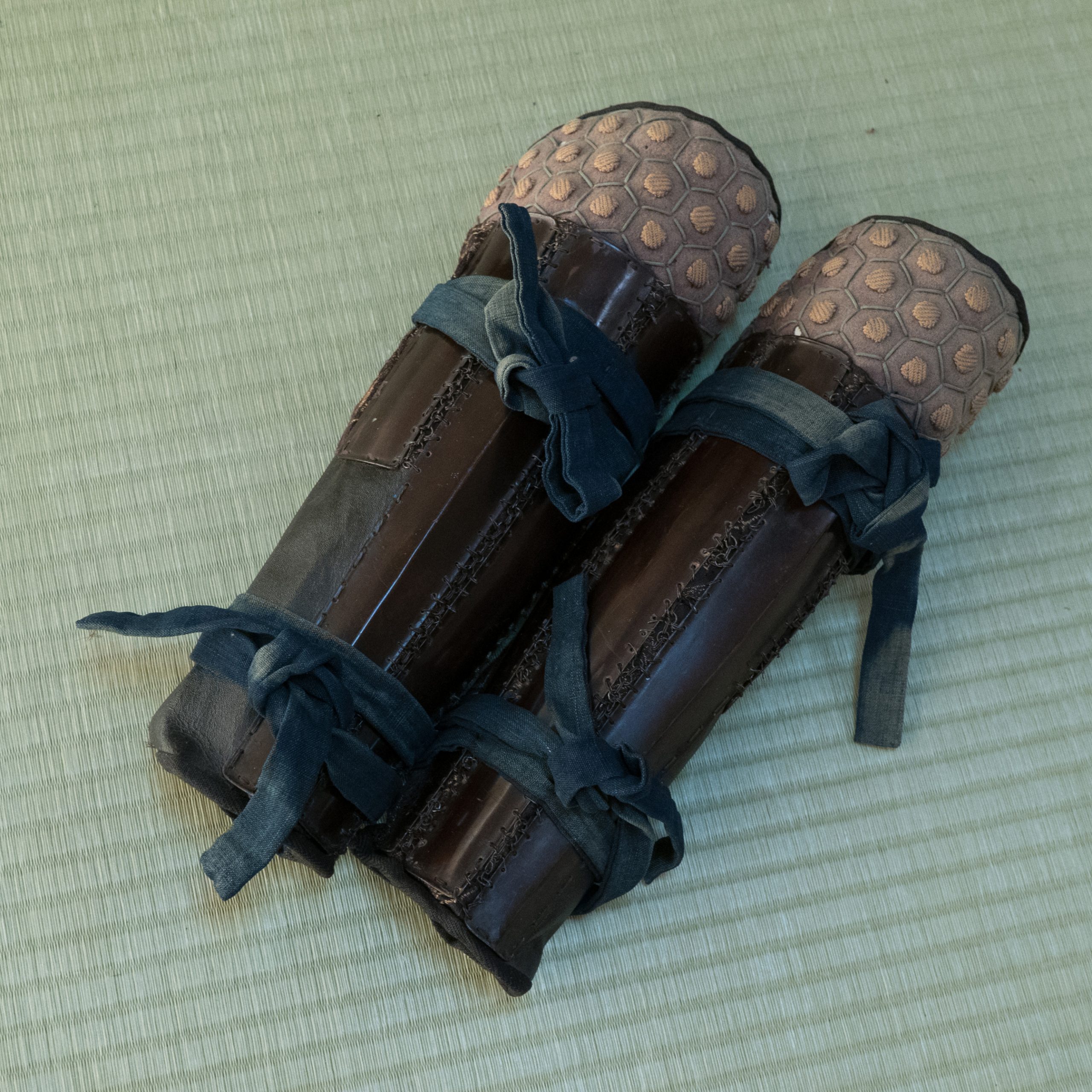 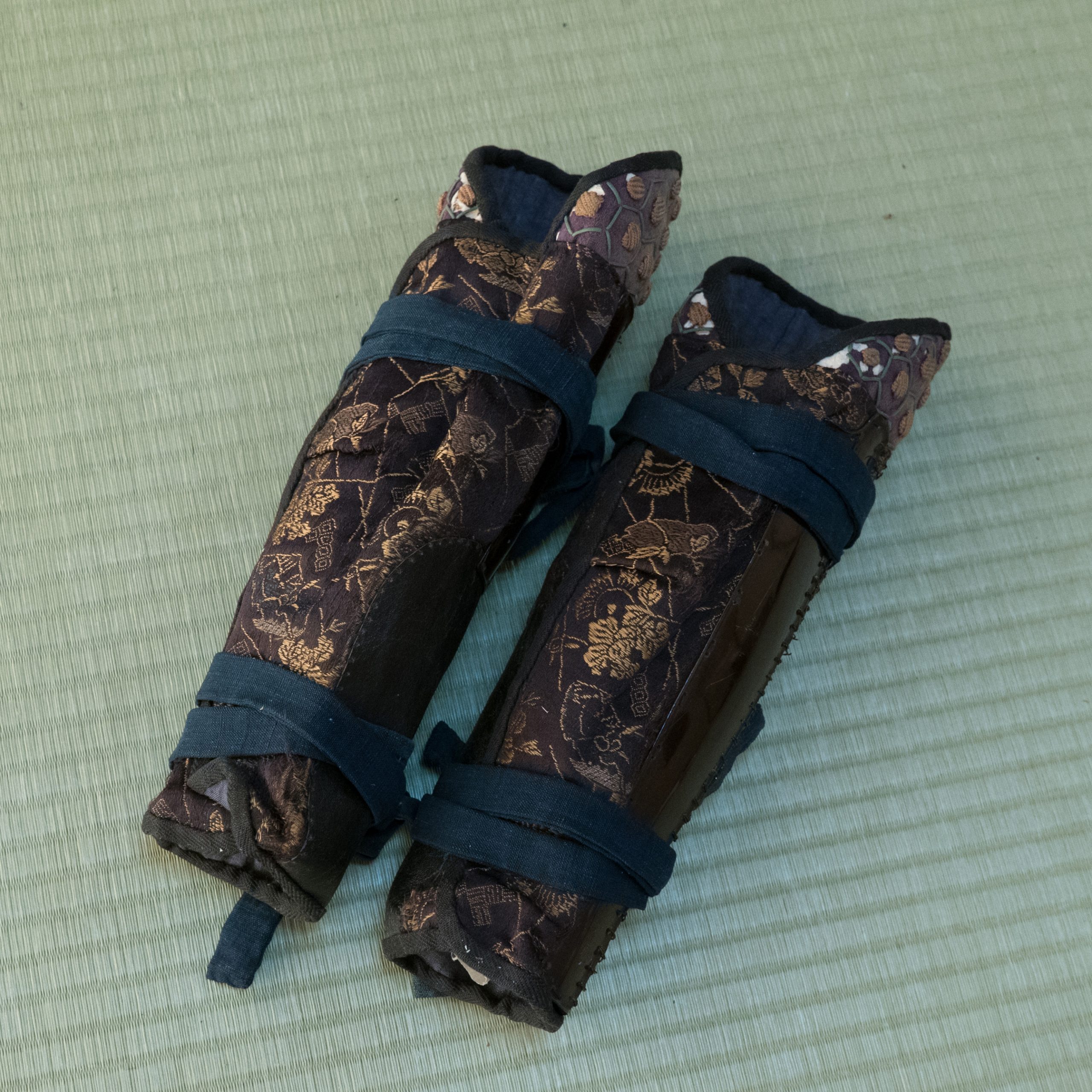