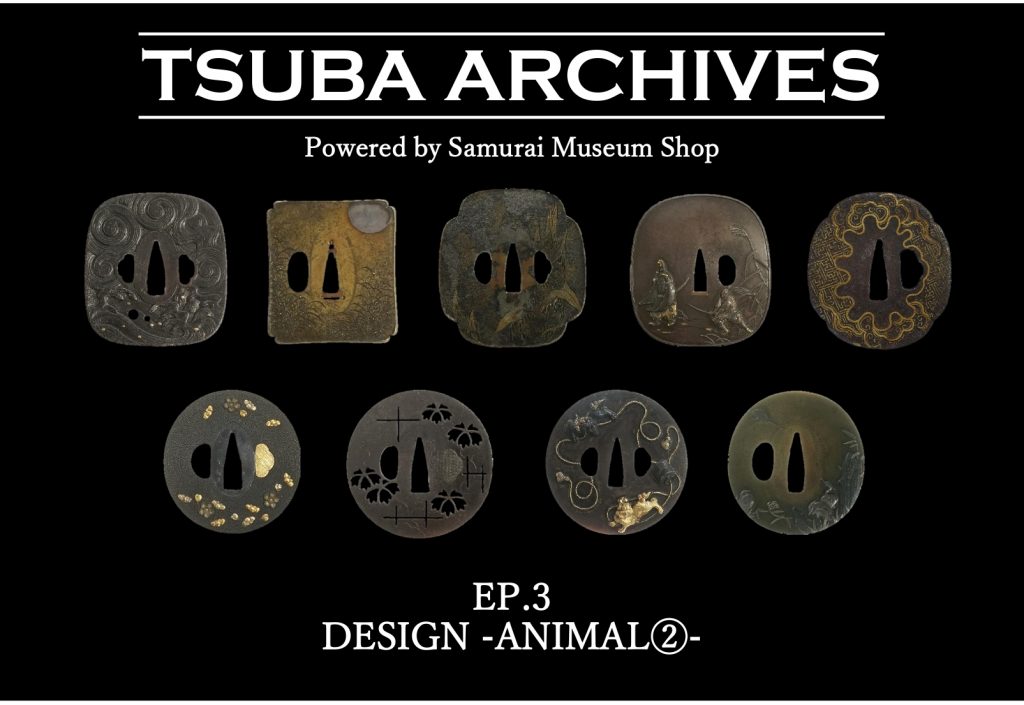 Continuing from the last time, we would like to cover animal designs in this article. We hope you will enjoy and find your favorite motif. 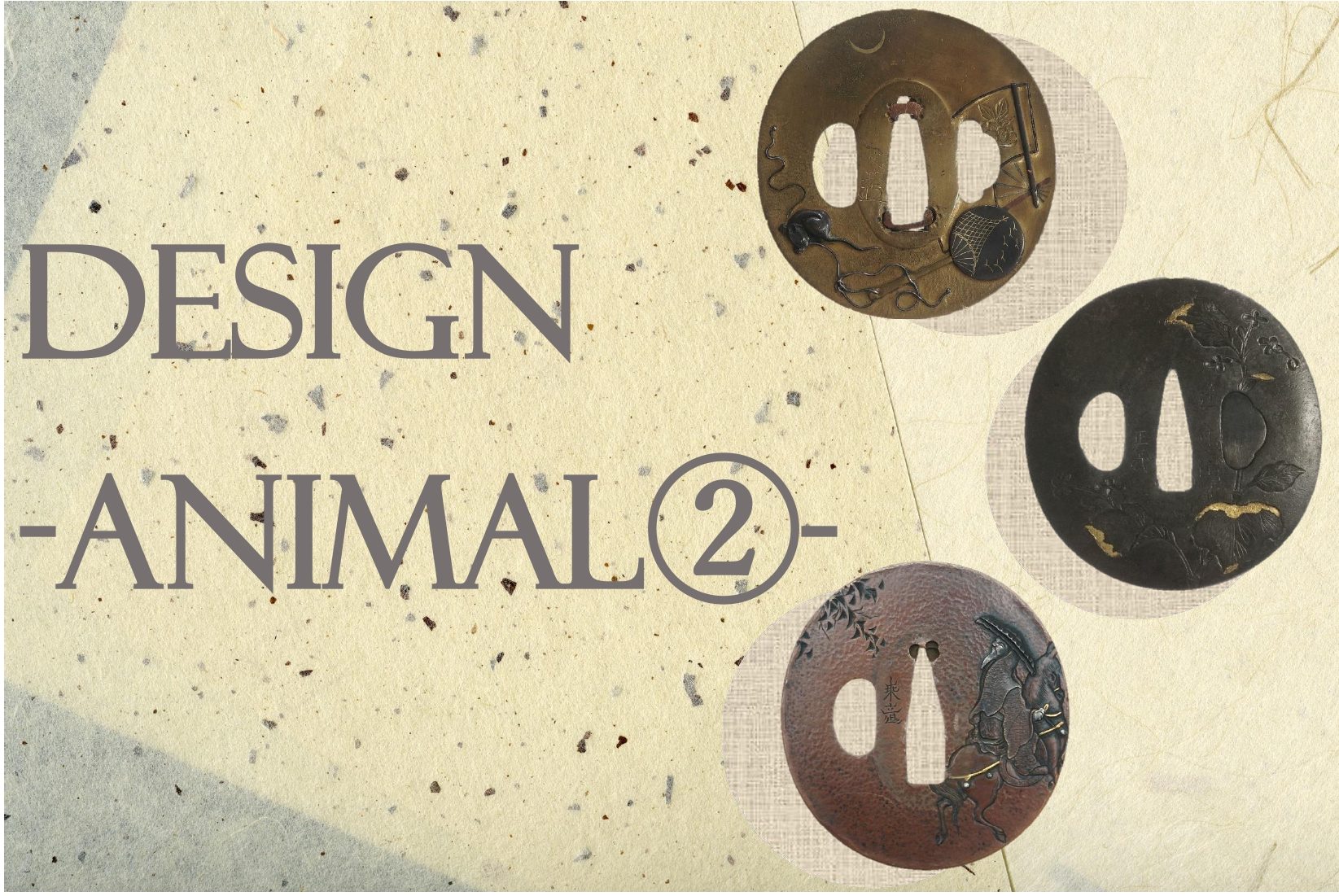 Houou is a member of four fantasy animals, which is called “Shirei (四霊)” with Kirin (麒麟, Qilin), Kame (亀, Turtle), and Ryu (龍, Dragon), and it is a god beast looks like a combination of chicken and peacock. Houou was considered an auspicious sign in ancient China, and it was believed that Houou would show up when the brilliant emperor appeared. People appreciate its graceful shape in Japan.

The pattern that describes flying cranes is called “Tobi Tsuru Mon (飛鶴文)” in Japanese. There is a proverb that says cranes and turtles live a long life. It says cranes have even one thousand years lifespan; therefore, cranes and turtles have been considered as the symbol of longevity since a long time ago. Also, as cranes make compatible couples, its pattern represents happy marriage. Due to its pure white feathers and dignified appearance, it was favorably used as a good omen design for various ornaments or furnishings such as Kimono (着物, traditional Japanese costume) or Obi (帯, belt for Kimono). Senbazuru (千羽鶴, thousand cranes) is one of Japan’s most popular Origami craft, which is made of Origami paper. A thousand cranes of paper are jointed, and it is mainly used for wishes of recovering.

Hawk is an intelligent bird used for hunting, called falconry. It was famous as a recreation among high-class Samurais. In the old days, it was also familiar with emperors and royal families, so it might be why the hawk was regarded as a symbol of the ruler’s authority. During the warring period, the boy’s success was to become an excellent Samurai; therefore, it has been thought that men (Samurai) and the hawk had a deep connection as a symbol of advancement and authority. Many Samurais loved this design based on that reason.

Furthermore, its wings were used for one of Samurai’s primary weapons; an arrow (They put hawk’s wings as arrow’s feather). The arrow itself is reminiscent of victory or defeat, battlefield; it is not difficult to imagine that Samurais also liked the hawk wings attracted to arrows. Still today, various family crests use this bird wing’s motif.

The wild goose is a migratory bird that represents fall. Its pattern is also called “Karigane (雁金),” and some families used this motif for their family crests. The design that describes diagonally flying wild geese is named “Gankou Mon (雁行文).” This bird is engraved by not only a realistic figure but also a very simplified shape: Hiragana (ひらがな, a kind of Japanese letter) “he (へ)” shape that sometimes makes also wild goose.

Nami Chidori pattern represents happy marriage and family safety. In Japan, people treat it as a good omen design since the Nara period (648-781). Nami means waves, and Chidori means plovers in Japanese. Waves are compared to the world, meaning it describes the determination: overcoming difficulties with a partner even if there are small or big waves (difficulties/ troubles). Also, the plover pattern is used as a prayer for victory or achievement of a goal.

Dragonfly has been inhabiting since a long time ago in Japan. As they bag preys quickly, its heroic figure was sometimes the object of belief. During the Warring States period, the dragonfly was called “Kachimushi (勝ち虫)” because of its fearless character; it moves only forward, not backward. Above all, the dragonfly pattern combined with the iris flower or the arrow was pleased. Allow was one of the Samurai’s primary weapons. Iris flower is called “Shoubu (菖蒲)” in Japanese, and there is the word “Shoubu (勝負),” which means battle. So, “Shoubu” (菖蒲, iris flower) and “Shoubu” (勝負, fight) those two words have the same pronunciation; therefore, the iris flower pattern reminds Samurai battle.

As spiders nest and catch prey with their web, people considered the spider pattern had the meaning of “grabbing happiness” or “attracting things.” The cobweb was treated in Nihonshoki (日本書紀, Nihongi, The Chronicles of Japan), Kokin Wakashu (古今和歌集, an early anthology of Japanese poetry) and also Heike Monogatari (平家物語, The Tale of the Heike). When the cobweb goes down in the morning, it was thought, “the person you are waiting for will come.” The spider pattern has been appreciated thanks to its beautiful nest shape and the meaning of the design. People enjoy using this motif for Kimono (traditional Japanese costume) or ceramics.

Mantis is also called “Ogami-Mushi (拝み虫),” or “Inori-Mushi (祈り虫)” in Japanese. Both of these names mean a praying insect. Mantises hold their arms together, and their long wings cover their lower bodies. As this posture looks like a priest who prays to God, the mantis is likened to a “praying mantis.” Mantises lay well. Therefore mantis is considered a symbol of children.

A larva becomes a chrysalis, and it grows up to a butterfly. As this insect changes its looks, it symbolizes reborn; therefore, Samurai loved the butterfly pattern. Also, as butterflies make a couple on good terms, this motif represents happy marriage.

The designs of people or stories are often expressed based on myths, legends, past events, Noh (能, a kind of classical Japanese dance-drama), and Japanese poetry. So that we could know Samurai’s wishes and how cultured they were. We treat many lots of Tsubas that depict human life or legends. Please check the list of Tsuba.

We are going to update new episodes about plant design. We will see you in the next episode.